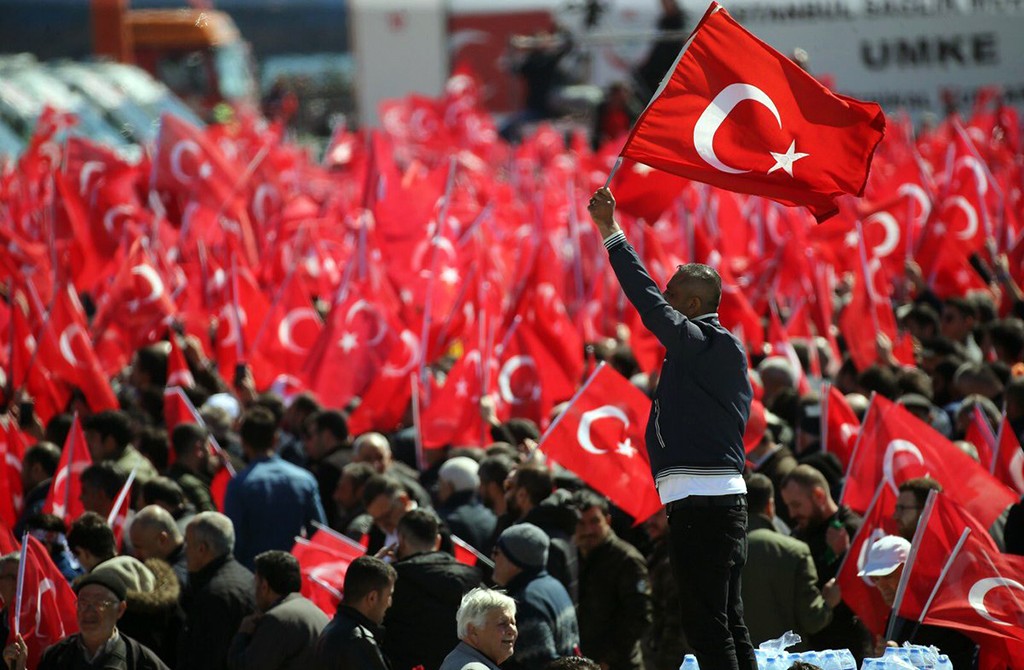 The idea of a ‘Turkey Alliance’

Turkey experienced a polarizing election period during the March 31 municipal elections. Controversies related to the polls and the consequences of the elections are not yet settled.

Turkey experienced a polarizing election period during the March 31 municipal elections. Controversies related to the polls and the consequences of the elections are not yet settled. The Justice and Development Party (AK Party) and the Nationalist Movement Party (MHP), the constituent parties of the People’s Alliance, objected to the results of the Istanbul election and filed for a do-over of the polls. Controversy over Istanbul is still going on, and commentators, political analysts and politicians are still discussing whether the elections in Istanbul should be redone or not. All eyes are on the Supreme Election Council’s (YSK) decision about the do-over of elections in Istanbul. The ambiguity related to the results of the Istanbul elections leads to delays in the post-election normalization process.

If the YSK decides to redo the elections this may further consolidate the opposition bloc against the governing People’s Alliance.

If the YSK decides the other way, the AK Party and MHP alliance supporters will be deeply disappointed. There is no option that would make both sides happy. No matter what the final decision of the YSK is, the Istanbul elections will continue to be a matter of controversy among the Turkish electorate. Ongoing controversies related to the election results delay Turkey’s post-election normalization process.

Turkey has significant challenges to deal with in the coming months. Stabilization efforts and structural reforms in the economy are the most significant items on the agenda. The Turkish economy faced some difficulties and experienced a downturn last summer due to currency fluctuations. Structural reforms in the economy are crucial to meet the goals of the Turkish economy for the year 2023. Both domestic and international entrepreneurs and investors and creditors want to see a normalized political environment in Turkey to make investments.

Foreign policy is another significant area where some urgent problems related to the Syrian civil war and other diplomatic challenges must be resolved. Normalization of relations with Washington is a key issue, which will determine Turkey’s foreign policy agenda in the coming months. Final deals related to the S-400 missiles and the delivery of the F-35 Joint Strike Fighter planes and the status of northeast Syria and the People’s Protection Units (YPG) in Syria will depend mostly on normalization of Turkish- American relations.

To deal with structural problems in foreign policy and the economy, Turkey needs to settle the controversies in domestic politics. To use the four years without elections, Turkey should immediately reduce domestic political tensions and focus on more substantive issues.

President Erdoğan made important comments after the election calling for reducing the polarized political environment. In his address to the members of the Memur-Sen labor union, Erdoğan said, “It is time to cool down the hot iron, to shake hands, to hug and to reinforce our unity and integrity.” This was an important sign that the president was willing to emphasize unity rather than partisanship after the elections.

On another occasion Erdoğan said: “On matters of national survival, we must put aside our political differences and act together, all 82 millions of us, as the ‘Turkey alliance’.” Erdoğan’s emphasis on a “Turkey alliance” is an important turn in his political discourse resembling “the spirit of Yenikapı,” which was about the sense of unity that emerged after the failed coup attempt in July 15, 2016. Erdoğan invited both his party and other political actors to unite around collective interests and future goals. These are important signs that try to outline priorities on Turkey’s political agenda.

President Erdoğan is expected to start his renewal and reform efforts within his party; he may even consider separating party leadership from his presidential position by appointing a new secretary-general for the AK Party. Erdoğan is expected to emphasize a more inclusive political discourse and practice in the coming months. Such a change may strengthen Erdoğan’s standing in both domestic politics and in the international arena.

Opposition to President Recep Tayyip Erdoğan’s AK Party hegemony in Turkish politics brought the bloc together, but there are fundamental differences between those parties and actors. They will face some difficulties maintaining such an alliance in the coming months. The opposition bloc is expected to escalate certain tensions to maintain the polarized environment, and they will probably continue to target president Erdoğan to maintain their unity.

It is in the interest of President Erdoğan and the Nation Alliance to continue to act responsibly to marginalize efforts that try to polarize Turkish politics and Turkish society. There are significant opportunities for the entire Turkish population of 82 million in the coming years if unity and harmony is maintained and synergy is used to address Turkey’s challenges. A broader social and political dialogue along the lines of a “Turkey alliance” among all parties that want stability is needed. The opposition bloc should also act more responsibly so it won’t be dragged by marginal elements of the bloc.

Renewed Iran sanctions and the age of American-made turbulence
Previous