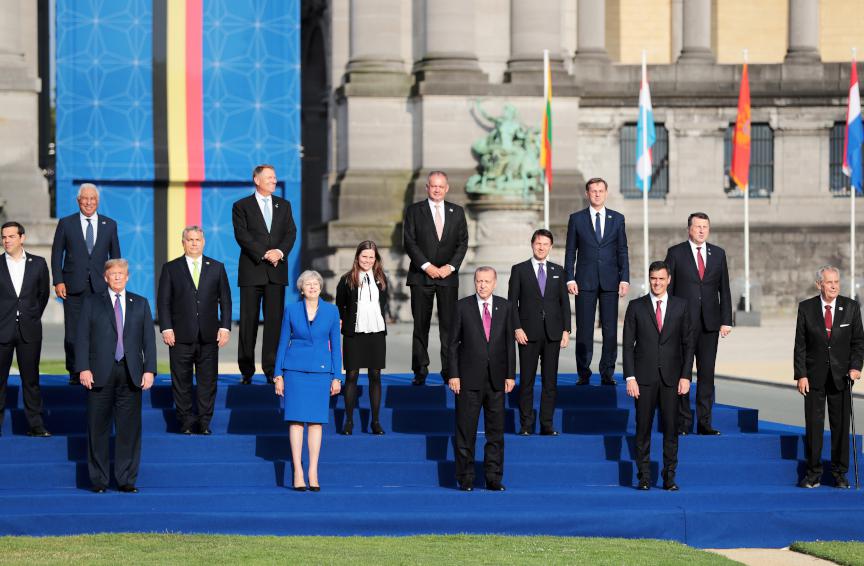 The future of NATO after Brussels

NATO's Brussels Summit witnessed "strong debates on defense expenditures," showing that the rupture within the alliance is growing.

NATO’s Brussels Summit witnessed “strong debates on defense expenditures,” showing that the rupture within the alliance is growing. Of course, the leaders of the U.S. and European countries had their photos taken together. In the final declaration, they pointed to concerns about “common values and security.” Moreover, they once again declared that Russia “challenged the rules-based international order” through the annexation of Crimea.

Obviously, however, NATO is no longer as it was before U.S. President Donald Trump. And every day, the crisis is deepening. Trump requests that European countries, especially Germany, boost their contribution to NATO expenditures. In the first place, this is the fulfillment of the promise made at the 2014 Wales Summit. That is, 2 percent of the gross domestic product (GDP) of member countries would be allocated for defensive purposes. However, merely eight out of 29 countries fulfill this.

At the moment, Trump has raised the bar even further and quite insistently talks about 4 percent. He is firstly pressuring Germany, thinking that it is unacceptable that Berlin allocates only 1 percent of its GDP to the NATO budget. He does not hesitate to say that Germany is a “captive” of Russia because of gas and oil deals.

During the Brussels Summit, Trump stated, “I can withdraw the U.S. from NATO without Congressional approval, but I do not think it is necessary,” making European leaders envision being without the U.S. For now, this is called an “in-NATO crisis.” In the future, perhaps, it will be considered to be the moment of the beginning of different preferences in security architecture between the U.S. and Europe.

Inequality in defense expenditures is not the only reason for the crisis in NATO. The main problem between alliance members is that they can no longer manage their national security priorities together. The two highlighted phenomena are Russia’s “revisionist” pressure on Europe and the migration wave from the Middle East. As Andrew A. Michta underlines, safety priorities are differing both between the U.S. and Europe and within Europe itself.

In his article titled “NATO’s Binary moment” in The American Interest magazine, Michta notes that Russia is seen as a “threat that surrounds everything” by Norway, the Baltic States, Poland and Romania. These countries think that Russia is increasingly turning into a threat like the USSR. While Germany and France see Russia as a threat to the “rule-based European order,” they are not exaggerating.

Along with Italy, these two countries perceive the wave of migration from the Middle East and North Africa as a greater threat to the European order. The U.S.’s agenda is focused on China’s growing challenge. You can also add “trade battles” in which Trump has included the EU, Canada and Mexico. Let’s not forget the dispute about climate change and Iran’s nuclear deal. Turkey is also being included in the “in-NATO crisis” agenda due to the strategic relationships it has recently developed with Russia; namely, cooperation in Syria and the purchase of S-400 air defense systems.

The state of affairs is evolving into a direction in which Russia strengthens its hand against NATO members. Russian President Vladimir Putin’s strategic steps are making Europe more fragile. At this very point, the summit Trump is going to hold with Putin in Helsinki on July 16 is gaining in importance.

July 15: Anniversary of the resistance for democracy
Previous

Anatomy of the July 15 coup attempt two years later
Next
Loading...
Loading...
We use cookies to ensure that we give you the best experience on our website. If you continue to use this site we will assume that you are happy with it.Ok