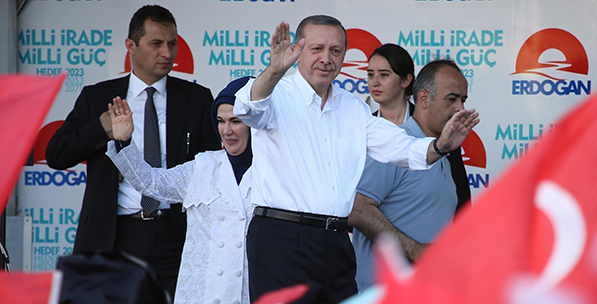 The Future of Democracy in Turkey

Democratization in Turkey has been a long and challenging process. Today, after decades of tutelage, Turkey is about to enter an irreversible path toward a more democratic country.

Democratization in Turkey has been a long and challenging process. Today, after decades of tutelage, Turkey is about to enter an irreversible path toward a more democratic country. Different concerns and questions have been raised in the last two years from different observers of Turkish politics. However, the positive track record of the democratization process in the last 10 years, as well as the transformations that have been taking place deep in Turkish society, demonstrates that there will not be a reversal from democracy that will drag Turkey back toward authoritarianism. There are several factors that will prevent this reversal and some of them have already been mentioned numerous times by others. But as we enter another period of concern regarding the future of Turkey, just like previous episodes of “who lost Turkey” and “shift of axis,” it is important to state these reasons one more time.

First, what has made democratization possible in the last 10 years in Turkey has been in part the rise of a middle class whose demands center on more inclusive and representative governance. This new and growing social class has opposed any top-down approach in politics and has challenged the political and social engineering of previous decades. Economic stability increased the number of people in this group after decade of marginalization. This class is now almost 50 percent of the population and economic parameters demonstrate that it will continue to grow in the coming years. It will be unlikely for this group to cede any democratic gains in the coming decades that will allow any political party or actor to bring Turkey back to the authoritarian and prejudiced eras. Any comment in regard to the future of democracy without paying attention to this social class is extremely reductionist and does not understand democratization.

Second, this new middle class, and especially the youth, is more integrated into the globalized world today. There are an increasing number of active social media users who connect and interact with users worldwide every day, and their political and social demands are also burgeoning at a rapid phase. This generation has higher demands in terms of democratization, human rights and liberties. It is again highly unlikely for these citizens to allow the emergence of a more authoritarian Turkey in the future.

Third, despite the setbacks that it went through over the last two years, the Turkish government itself also recognizes the structural problems in Turkish democracy, some of which have been the residual effects of previous periods and some of which emerge as a result of the increasing democratic expectations of Turkish society. In his vision statement for his presidential campaign, Prime Minister Recep Tayyip Erdoğan made democratization the first of the three pillars of his platform. The document allocated one third of its content to democracy. The statement signaled a more pluralistic conception of democracy that will recognize cultural, ethnic and religious differences in the country and protect citizens’ rights and freedoms.

The recent statement of condolences to the Armenian victims of the events of 1915 and the apology to the Alevis for the Dersim events can also be considered as a first step toward this goal of a more pluralistic society.

Furthermore, the current government has also realized that it is politically expedient to favor democracy – every political reform the government has promoted has increased the strength of the Justice and Development Party (AK Party) and contributed to its electoral victories. And it does not seem likely for the AK Party to change its course at this point.

Lastly, the European integration process will continue to play an important role in Turkey’s democratization in the coming decades. Despite the declining enthusiasm of the Turkish public, mostly due to the discouraging statements made by European leaders in regard to Turkey’s potential membership, the EU process is still considered the most significant dimen

Saving Gaza From Our Fears
Next
Loading...
Loading...
We use cookies to ensure that we give you the best experience on our website. If you continue to use this site we will assume that you are happy with it.Ok