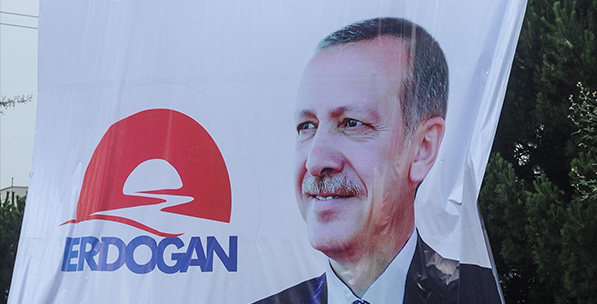 The Future of Democracy in Turkey (II)

One of the most significant challenges for the future of a Turkish democracy is the formation of democratic institutions that will protect the democratic achievements of previous decades.

As I mentioned last week in this column, in my discussion of the democratization process in Turkey, Turkey seems to be on the right track in terms of democratization, however it still has some significant problems that need to be resolved. Most of these challenges are structural, which may require more time and energy and necessitate contribution by other parties. These speed bumps hindering Turkey’s democratization process need to be dealt with in order to establish a healthy democracy in Turkey. In addition, some other challenges are related to increasing societal demands in terms of democratization. Democratization is a moving target for societies that are passing through these processes and the demands and concerns of different groups of people need to be taken into consideration while trying to fix the structural problems.

One of the most significant challenges for the future of a Turkish democracy is the formation of democratic institutions that will protect the democratic achievements of previous decades. This institutionalization, on one hand, will prevent a riptide in the democratization process and prevent any form of regression in democratic standards. On the other hand, it will contribute to the democratization process by its practices. Particularly in Turkey, an independent, impartial and credible judiciary is needed to consolidate the process of democratization and strengthen the rule of law in the country. The judiciary has always been a major political actor in Turkey and has never been considered an impartial arbiter. In previous decades it was considered a part of the system of tutelage due to its undemocratic decisions. Because of this, public trust for the judiciary is lower compared to other democratic states. Although referendums and legal reforms in the last 10 years brought some improvement, it still has major problems. If Turkey wants to consolidate its democracy and achieve higher standards in this realm, the judiciary also needs to pay attention to its responsibility and gain the status of a neutral and impartial, as well as an independent, body.

Secondly, the government in the last 10 years has brought different reform packages and multiple changes to the Constitution. However, partial improvements on democratic principles, human rights and liberties in the current Constitution may no longer be sufficient to meet desired democratic standards. Thus, a democratic and civilian Constitution that will guarantee freedoms and liberties in the country is needed. The drafting of a new Constitution is particularly critical in the sense that the process itself can provide fertile ground for the improvement of democracy in Turkey. The process needs to be inclusive and pluralistic and the concerns and expectations of all segments of Turkish society need to be taken into consideration. The end product of this process should pave the way for a more liberal and democratic Turkey that will respond to concerns and demands with regard to basic freedoms, such as freedom of the press and religion in Turkey.

Thirdly, Turkey also needs a more powerful opposition that can connect with the middle class and that has a more democratic, inclusive and representative vision. The 2011 general and 2014 local elections demonstrate nicely that Turkish democracy has a major and growing problem, namely the lack of a credible opposition. The main opposition parties failed to present a new and democratic perspective to become a viable alternative to the Justice and Development Party (AK Party). This situation – leaving the AK Party alone in the political arena as the only party that produces policies -creates a problem of mistrust for political parties for those who do not support the AK Party, which is fueling the delegitimization of the democratic political process and increasing the extent of street politics.

The democratization process has been a challenging and convoluted one. However, Turkey entered an irreversible path and now it has to face some deeper structural problems that are the residu

The Loss of Humanity: The Human Rights Dimension of the Civil War in Syria
Next
Loading...
Loading...
We use cookies to ensure that we give you the best experience on our website. If you continue to use this site we will assume that you are happy with it.Ok