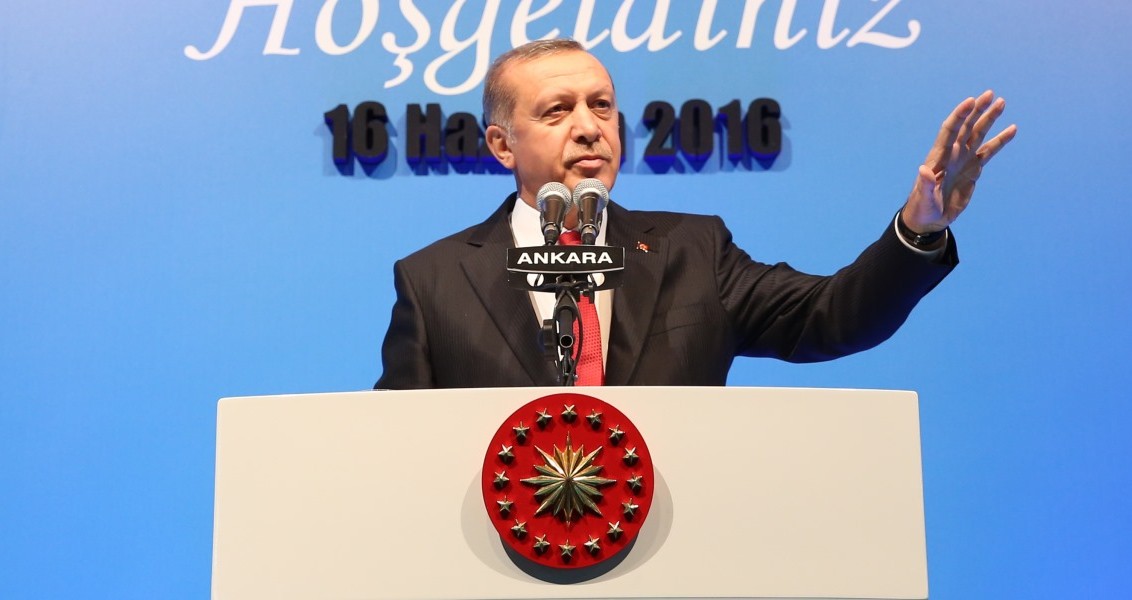 One in the aftermath of the June 7, 2015 elections, there was talk of the AK Party getting divided and a fifth party finding a place for itself on the political stage. However, today, it is possible the MHP, CHP and HDP could spin off new parties

Of the important factors of political competitiveness is that of actors attempting to fill in the spaces they think others are unable to fill. We can also call this a race to grab roles.

There are traditional roles alongside this that are attributed to political actors. The important factors that are thought to determine these roles are the ideological visions that guide an actor and their supporting societal base’s expectations. Of course, neither these ideological visions nor the expectations of the societal base are static, as both are mutable and have an equally unclear structure. However, there are a dozen identity components such as rightist, leftist, liberal, conservative and nationalist among others that make it possible to name actors on the political stage. This situation is valid for Turkey’s politics as well. There are various traditional roles that are attributed to each of the actors on the stage of Turkey’s politics. But with this, there is an increasing role-grabbing struggle that precludes the carrying out of traditional roles among these actors.

At this point, the Justice and Development Party (AK Party), Republican People’s Party (CHP), Nationalist Movement Party (MHP) and Peoples’ Democratic Party (HDP) are the main actors on Turkey’s political stage. Represented at various levels in Parliament, these four parties are in the position of representing nearly all sectors of society.

The AK Party, ever since its arrival in the administration in 2002, has placed itself as a center party and expended special effort to not be regarded as a party of ideology. In this sense, the AK Party said that it would practice politics of service rather than identity politics and that it would be a catch-all party. And it practiced its politics in this framework. However, criticism was never lacking that AK Party leaders’ religious, conservative identity, with President Recep Tayyip Erdoğan at the fore, and it has been reflected in party politics. In truth, this criticism was rhetoric opposition parties used in tandem with the traditional Kemalist state elite in order to surround the AK Party. However, although the AK Party is a conservative party, it knew to act as a rational and pragmatic catch-all party, and for this reason it became the ruling party in Turkey.

There might be a rational justification for the main opposition CHP to follow such a policy. For many years, the CHP elite complained of not being able to address the entirety of society. On this point, the CHP’s elitist and Jacobean tradition was criticized, in addition to indicating that there should be a re-evaluation of their exclusionist policies toward the religious parts of society. In fact, the previous chairman of the CHP, Deniz Baykal, took a number of symbolically remedial steps. The covered women who were marginalized in the 2007 Republic meetings were changed into objects who ceremonially received party badges two years later.

When Kemal Kılıçdaroğlu was elected chairman with his discourse of a new CHP, the expectations that the CHP would address the general population and that it would move not as a party of ideology but of the masses was mentioned. However, this process did not quite operate as such. After Kılıçdaroğlu became chairman, the CHP came to take on an even harsher ideological line.

At the point we have arrived at, we see that the CHP is searching to grab roles from the HDP especially, and these attempts are increasingly marginalizing the CHP. In today’s Turkish politics, the CHP’s attempts to steal roles from the HDP are one of the most distinct factors of the political stage.

The HDP is a radical nationalist party that is the political extension of a separatist, armed, terrorist group. However, before the Aug. 10, 2014 presidential and June 7, 2015 elections, the HDP had also attempted to steal roles from the AK Party and said that it would become Turkey’s party. But the HDP increasingly entered the PKK’s orbit and radicalized.

Interestingly, the CHP prefers to speak with the HDP with a common political language. It thinks that the voters who flee the HDP can come to it. But the CHP is attempting to steal roles from the HDP not with an agenda of becoming Turkey’s party, but rather through an aggressive anti-Erdoğan stance. And this is placing the CHP in serious trouble in terms of its past ideological vision and the expectations of its voter base.

In the aftermath of the June 7, 2015 elections, there was talk of the AK Party getting divided and a fifth party finding a place for itself on the political stage. Today, the only party about whom this debate is not held is the AK Party. Today, it is possible the MHP, CHP and HDP could spin off new parties. The reason for this is that these parties attempt to steal roles in ways that are shaped by daily interests, not by following genuine politics.

Countering Violent Extremism and Western Prejudice
Next
Loading...
Loading...
We use cookies to ensure that we give you the best experience on our website. If you continue to use this site we will assume that you are happy with it.Ok