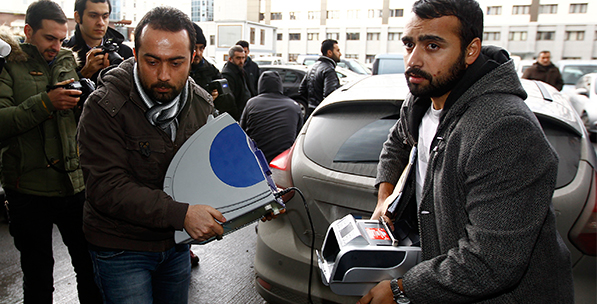 Unless this structure is exposed and fenced off, the democratic politics will not be secured.

The December 17, 2013 operation has both a judicial and a political dimension. The judicial dimension is based on charges of corruption, bribery, and falsification of official documents. The jurisprudence primarily focuses on acts and judges subjects on the basis of committed actions. Therefore, on the legal platform, by disregarding the positions of offenders, such claims should be pursued, the investigation should be deepened to a level of public satisfaction and the impression that perpetrators are protected should not be created.

In the public opinion, there is no doubt about who has plotted, orchestrated and put the operation in play. The December 17 operation has carried the month-long discussions to a whole new level; and brought the forecasts, concerns and allegations to reality.

First of all, it has been voiced that some bureaucrats were acting on their own interests rather than abiding by the priorities and the hierarchies of their institutions. Secondly, it has been pointed out that the relationship of civil society with politics should not expand to the level of a bureaucratic tutelage or political engineering. It has been asserted that these two aspects would represent an attempt for a new type of tutelage that excludes and weakens democratic politics. The December 17 operation has proven how relevant these concerns were.

We face a closed, hierarchic, and a unique, politically self-serving autonomous structure. This structure is indulged in political engineering by using the positions it has obtained in strategic institutions, and is tailoring politics for the country. In order to impose their agenda, it is launching an operation against the elected government (of the people) after weeks of threats, and is involved in many “surprise” alliances to design the politics of the country for the middle and long runs.

OPERATION AGAINST THE BUILDING PROCESS

With the operation of December 17, a new process has been launched. This process is associated with a global intellect, and the calculations that this global intellect makes over Turkey. The December 17 process has been triggered off to redesign the proposed coordinates of the new Turkey. At the dawn of the local elections, the operation aims to debilitate and bring under tutelage the AK Party and the Prime Minister Recep Tayyip Erdoğan, the actors of the period of building the new Turkey.

Although the AK Party and Erdoğan are the priority targets of this structure, in actuality, it threatens the politics and the democratic system. Unless this structure is exposed and fenced off, democratic politics will not be secured. “Fear of operation” will infect the political climate and destroy social peace and political stability.

As the political moves before and after this process are considered, it will be realized that a strategic plot has been put into action. All of the strange and “surprise” developments in the last few days are interrelated. All of the, at first seemingly unrelated developments, such as the tension in Yüksekova, the talks between the Republican People’s Party (CHP) and Mustafa Sarıgül in Istanbul and Mansur Yavaş in Ankara, the release of the CHP deputy Musta

The Neo-Tutelary Corruption!
Next
Loading...
Loading...
We use cookies to ensure that we give you the best experience on our website. If you continue to use this site we will assume that you are happy with it.Ok