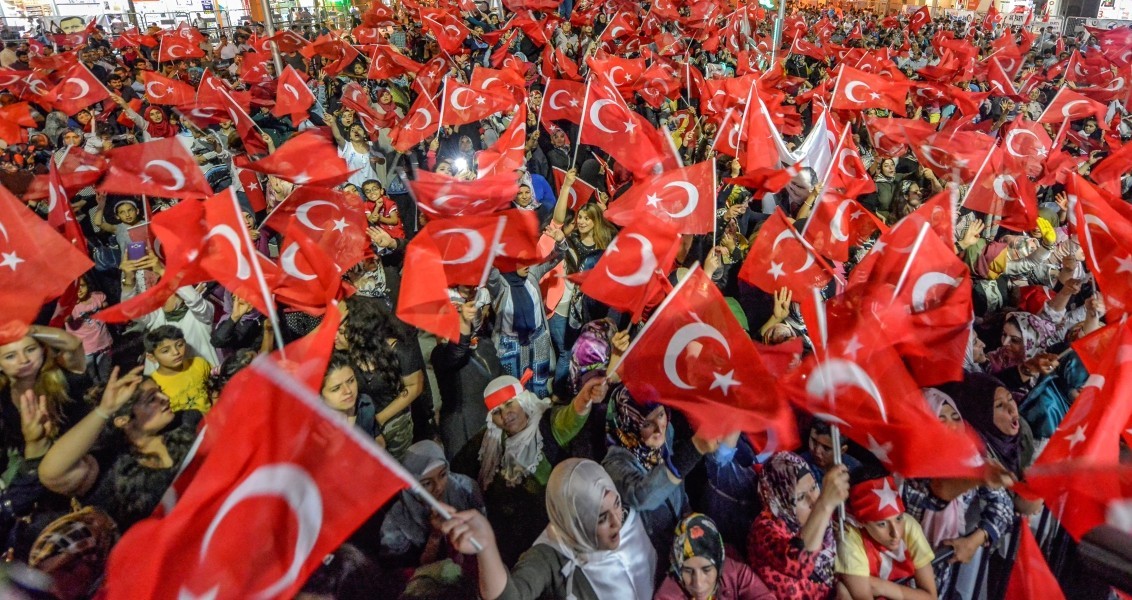 The Battle over July 15

Just because they think it serves Erdoğan's interests, Westerners and the opposition are trying to discredit the Turkish people's great resistance against the coup attempt on July 15

Millions of Turkish citizens marked the first anniversary of the July 15 failed coup attempt last weekend by attending commemoration events. The people remembered last summer’s thwarted coup, a turning point in the history of Turkish democracy, with gratitude and great enthusiasm. At the same time, political elites have been engaging in a fierce debate over the legacy of July 15. Efforts to discredit this resistance, which united all social groups, go back to the “Yenikapı spirit.” Under the influence of Western media outlets, which claimed that unity would serve the interests of President Recep Tayyip Erdoğan, the Republican People’s Party (CHP) came to describe the state of emergency as a “civilian” or “controlled’ coup.” Instead of focusing on the shortcomings of the state of emergency, the CHP leadership attempted to discredit all efforts by the authorities by charging Erdoğan with establishing a dictatorship and talking about the so-called victims of the fight against the Gülenist Terror Group (FETÖ).

Like everything else, the April 16 constitutional referendum, too, was incorporated into the broader political battle over last summer’s coup attempt. In response to the main opposition party’s attacks, Erdoğan told the press that he would not have invited CHP Chairman Kemal Kılıçdaroğlu to Yenikapı had he known at the time that the main opposition leader contacted the coup plotters on July 15. While some spokespeople for the CHP claimed that the commemoration events were part of an effort by the government to “write a fictional history” of the coup attempt, Kılıçdaroğlu announced that his movement would remain on the streets for future protests. Meanwhile, the Justice and Development Party (AK Party) government has been accusing the CHP leadership of standing in solidarity with FETÖ.

At this point, people might be frustrated or sad that politicians cannot agree on a shared view of July 15. But it is important to be able to leave aside our emotions and focus on the political realities of Turkey. For a long time, many observers had been arguing that the competitive nature of the political arena would have dragged us here. Again, it is important to recall that the opposition had been accusing Erdoğan of establishing a dictatorship long before July 15. The Republic of Turkey, they claimed, had turned into a party-state. In truth, the July 15 coup attempt marked the zenith of a three-year period of turbulence. It was not an unexpected development, but the culmination of (in)direct foreign interventions in domestic politics. Therefore, Erdoğan said that July 15 was “neither the first nor the last attack on our country.”

For the same reason, it is quite difficult to explain last summer’s thwarted coup to Western capitals, and almost impossible to secure their support in the fight against the coup plotters. It is no secret that Westerners do not want Turkey to become more powerful and address pressing problems under Erdoğan’s leadership. In other words, they refuse to come to terms with the fact that the president, as an influential politician, is building his country’s public institutions from scratch. Likewise, they clearly do not want him to be Turkey’s first executive president once the constitutional changes come into effect in 2019. At the same time, they know that, one way or another, they are compelled to work with Erdoğan.

To ensure Europe’s security, stop illegal immigration and thwart terrorist threats, the West needs Turkey to guard it. To be clear, I do not suggest that Western leaders will support Turkey’s efforts against FETÖ. They know that FETÖ carried out last summer’s coup attempt, but they will not publicly admit it because acknowledging Fetullah Gülen’s role in the coup attempt would empower Erdoğan in the international arena, which means that they have not changed their mind about serving the Turkish president’s interests. Instead, they would like to protect their undercover operatives inside the Turkish state, which have been sharing state secrets with foreign governments. They will not revise their position unless they are offered much bigger benefits. After all, international politics operates on the basis of interests and power rather than honesty. Until Turkey ceases to be a country vulnerable to foreign operations, intelligence services will not stop cooperating with domestic players capable of carrying out their orders.

The following statement from Erdoğan shows that the past 15 years have taught the Turkish leadership valuable lessons: “The July 15 coup attempt showed us that we, as a state and as a nation, must be strong. There are so many enemies waiting to deny us the right to live – not even for a day – if we are not strong. If we were to name them one by one, we would face a very serious international crisis.”

Is Erdoğan an Islamist?
Next
Loading...
Loading...
We use cookies to ensure that we give you the best experience on our website. If you continue to use this site we will assume that you are happy with it.Ok