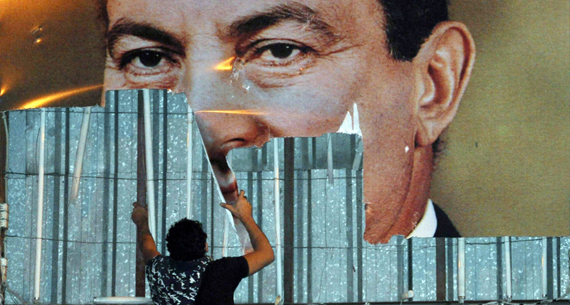 The Anatomy of Egyptian Revolution: From 25th of January to the New Constitution

The “New Egypt” will be shaped to a great extent by a “negotiation” process between the army and the political actors in opposition. It is likely that Egypt’s transition to democracy will be a long and difficult process.

Since the first day the governments in the Middle East and North Africa began to tremble, the region has become the focus point for the world, as well as Turkey. Without a doubt, Egypt has played an important part in this. After having ruled the country with autocracy for thirty years, Hosni Mubarak was forced to leave office on February 11, 2011 after two weeks of intense public pressure. It was surprising that Mubarak, whose power and authoritarian rule—supported by the U.S. and the Egyptian Army—was thought to be indestructible, was overthrown in only 18 days. In fact, the revolution process in Egypt had begun long before Ben Ali was forced to leave office in Tunisia and protesters gathered in Tahrir square. This process was shaped to a great extent by the opposition, notably the Muslim Brotherhood who started getting organized in the 2000s; the youth movements that used technological savvy to get organized and the Egyptian army who refused to suppress the numerous worker strikes and protests between 2004 and 2008.

The three fundamental factors of the Arab revolution processes, “bread,” “freedom,” and “dignity”, also constituted the fundamental demands of the protesters in Egypt. Structural problems that hindered the economic development of the country and the “closed circuit” structure of wealth distribution caused by the autocratic regime prepared the platform for the people of Egypt to revolt for “bread.” Therefore, it is not a coincidence that the workers and the youth assumed leading roles in the change process in Egypt. The oppressive order of the state of exception and the anti-democratic Mubarak regime incapable of meeting the public’s demands and tendencies proved the justness of the protesters’ cause and their slogans for “freedom” in Tahrir Square. The Egyptian administration’s silence on the invasion of Iraq was the last straw in its blatant disregard of people’s dissatisfaction of the moderate relationship it maintained with Israel on Camp David platform. Meanwhile, the youth who have bonded in the increasing numbers of protests and made effective use of the social media constituted the grounds for the grand demonstrations in the recent months. As the idea of a “New Egypt” is taking shape, each group has envisions a future for Egypt from their own perspective. In this processes of envisioning, the factors that will be determinative of Egypt’s future seem to be at the foremost the Army, the Muslim Brotherhood which is the most organized representative of the Islamist faction, Kefaya which brings different sections of the society together, the youth movements such as the April 6th movement, and the representatives of the working class. The reflections of this new landscape will reflect the shifts in the process of constructing the new political makeup of Egypt in relation to the positions political actors will take and the type of relations they will maintain with the Army. Having failed to anticipate Egypt’s transformation, the United States now tries to influence the formation of the “New Egypt” from outside. The U.S. priority is to have a new political regime in Egypt which is as compatible with American interests in the region as possible and which allays Israeli concerns about security as possible.

It would be unrealistic to expect the army which maintained close relations with the U.S. for years to suddenly abandon politics completely. One must also note that the Egyptian army is well-liked by the Egyptian people and the army refused to intervene in the pr

2012: A Tough Year
Previous
Fears of the Middle East
Next
Loading...
Loading...
We use cookies to ensure that we give you the best experience on our website. If you continue to use this site we will assume that you are happy with it.Ok