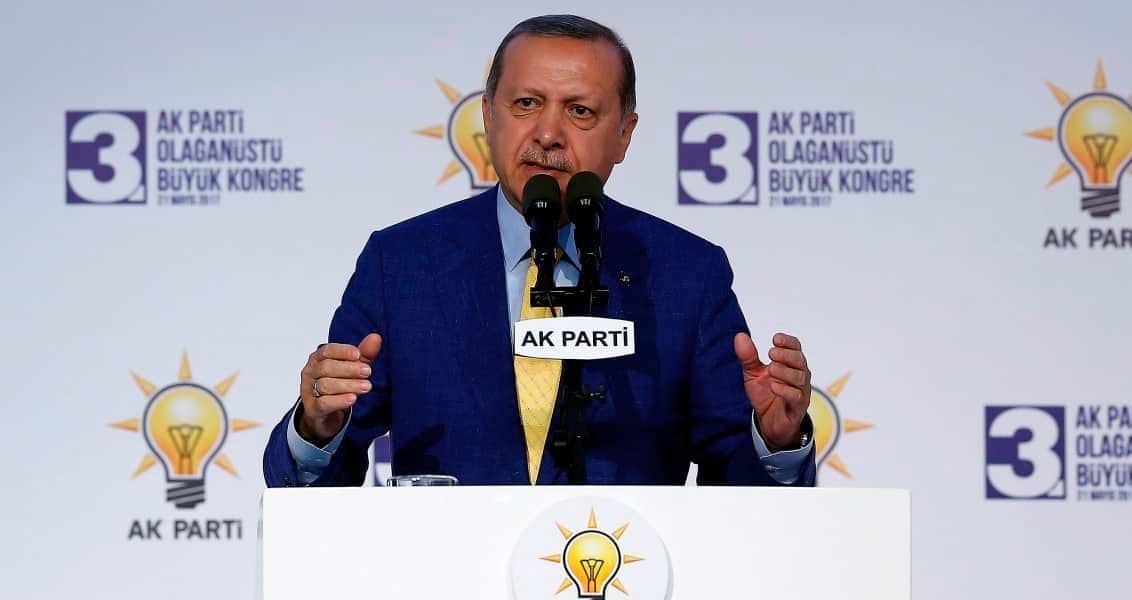 In the aftermath of the April 16 referendum, many firsts are being experienced in Turkey’s political arena one after another. Undoubtedly the most important of these is President Recep Tayyip Erdoğan’s re-establishment of his relationship with the Justice and Development Party (AK Party) and his becoming head of the party again after 33 months out of the position.

On Tuesday of this week, President Erdoğan went to Parliament and spoke at the AK Party group meeting. This, too, was a first. But the importance of the speech was not in its being new in shape, but in its content. The speech gave important clues as to why Erdoğan has once again taken the helm of the AK Party.

There are three dimensions in which the distance between the AK Party and Erdoğan took form: Leadership, political vision and organization.

Two chairmen came to the head of the party in these 33 months, Ahmet Davutoğlu and Binali Yıldırım. Chairman for the first 21 months, Davutoğlu, despite being elected as the figure most compatible with Erdoğan’s vision, tried to distance the party from Erdoğan through his practices and preferences.

Although Davutoğlu had to leave the chairmanship in the end, his performance over those 21 months caused a differentiation to occur between AK Party elites and the party organization. The clearest point where this differentiation was seen was over whether a transition to a presidential system should occur.

Davutoğlu did not regard the presidential system, which Erdoğan had advocated for many years and saw as a transition that should happen sooner rather than later in Turkey, as being quite so necessary and instead asked that solutions be found while remaining with the parliamentary system.

After Davutoğlu became chairman, provincial and district congresses were held throughout Turkey and the AK Party organization was renewed. In the eyes of these organizations, Erdoğan was not the de facto leader who would set out the party’s direction on the field, but instead a respected, symbolic leader. This situation was reflected in the party’s political discourse as well. The party elites felt the need for a political discourse that protected both Erdoğan and Davutoğlu.

Coming to the position after Davutoğlu, Binali Yıldırım put Erdoğan’s vision at the center of his political discourse and stated right from the get-go that he would be a chairman compatible with Erdoğan. Yıldırım worked very hard to close the distance between Erdoğan’s political vision and that of the party. He expended great effort for the transition to the presidential system. He led the processes for constitutional change in both Parliament and during the referendum campaign for the shift to a presidential system.

Unfortunately, Yıldırım’s vision was unable to spread to the whole of the party organization.

Erdoğan left the party in August 2014 when he became president during a period when the influences of the Gezi protests and the Gülenist Terror Group’s (FETÖ) Dec. 17 and Dec. 25 judicial coup attempts were still active on the political scene.

After becoming president, anti-Erdoğan sentiment rose daily both domestically and internationally. The campaigns against Erdoğan, the political discourse shaped against him and the political actions to weaken him brought with them the formation of a new political awareness in the conservative sections of society who speak with a nationalist discourse separate from the organization.

The political imagination behind the people’s reaction against the July 15 coup attempt, which helped foil the coup, came from the influence of this political awareness. On that day, the attempted coup was not just frustrated under Erdoğan’s leadership, but Erdoğan’s leadership gained a dimension that surpassed the AK Party at the same time.

Erdoğan returned to the AK Party with political capital. The most important matter facing him now is whether he will be able to carry this political capital to the party in its entirety or not. He believes that he needs two things for this, first, a new and powerful political discourse and, second, a new party organization.

In the speech he gave in Parliament on Tuesday, Erdoğan formulated the AK Party’s new political discourse as “democratic, republican, embracing, local and national, conservative and revolutionary.” In the same speech, he said that by the end of 2017, all of the party’s organizations would change and that the “mental fatigue” in the party would be overcome.

US Withdrawal from Paris Climate Accord and the New World Order
Next
Loading...
Loading...
We use cookies to ensure that we give you the best experience on our website. If you continue to use this site we will assume that you are happy with it.Ok