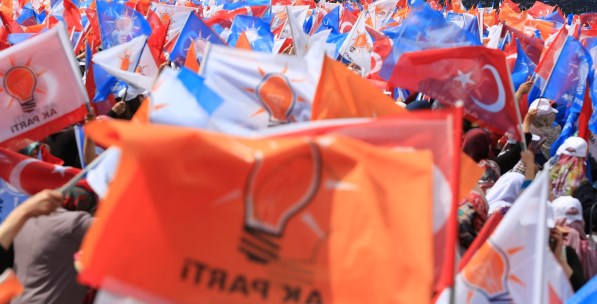 The AK Party derived its power from three main sources: First, a discourse of civilization allowed the movement to incorporate various political ideologies into its own platform

The Justice and Development Party (AK Party) distinguished itself from others and came to play an exceptional role in Turkey’s political arena. For instance, no other party pushed for an equally comprehensive transformation of the country to gain control over the state’s affairs.

The amount of influence the AK Party gained over the nation does not simply refer to the party’s ability to remain in sole power for 13 consecutive years. In truth, the party, as part of its bid for political power, challenged the military guardianship regime along with Turkey’s position in the international arena.

Having pushed for transformation, the AK Party also differs from the rest in its ability to deal with consequences. In 13 years the party built an impressive legacy by associating its success with Turkey’s stability. At this point, the potential downsides of the party’s removal from power are so concerning that even their fiercest opponents are willing to compromise.

The AK Party’s growing power, however, led to immense pressure from opposition groups that questioned the party’s actions, which led the party to face the challenge of safeguarding its accomplishments and reflecting on its decisions. This is obviously a serious junction for a political party that did not exist until 2001.

In truth, the AK Party’s initial years in power were quite uneventful. The establishment, after all, did not strike at the elected government until the 2007 Republican rallies. Ever since, the party has had to deal with a number of serious challenges. Between the 2007 presidential election and the Gezi Park protests, the political leadership survived by forming temporary alliances with various power brokers. With the Syrian civil war escalating, the government entered a difficult period that will be remembered for the Gezi Park protests, the Gülen Movement’s ill-fated putsch, the murders of 52 civilians in PKK-sponsored urban protests and the PKK leadership’s decision to end the two-year cease-fire. Over the years, a number of groups, including liberals and Kurdish nationalists, turned against the AK Party. To be fair, hardly any party could fight so many battles at once. The main reason behind the party’s ability to withstand such great pressures was its ability to unite against outside challenges and add new faces to the leadership.

The AK Party derived its power from three main sources: First, a discourse of civilization allowed the movement to incorporate various political ideologies into its own platform, second, a strong sense of solidarity among party members and third, the ability of former prime minister and current president, Recep Tayyip Erdoğan, its founding leader, to lead in difficult times.

Since Erdoğan assumed the presidency last year and a seamless leadership change put Ahmet Davutoğlu in charge as prime minister and AK Party chairman, the AK Party has been becoming a better-institutionalized organization. The party’s fifth congress, in this sense, was a milestone in its quest for institutionalization. This new era will represent a major step in the right direction provided that the leadership can overcome certain pre-congress problems.

Let’s face it, there are certain things about politics that the nature of power renders challenging. There may be certain differences of opinion between Erdoğan and Davutoğlu regarding government policy and leadership. At this time, the important issue is to prevent disagreements from turning into permanent tension and cracks at the grassroots level. It would be misleading, however, to compare their relationship with the Motherland Party’s (ANAP) experience during the confrontation between President Turgut Özal and Prime Minister Mesut Yılmaz. At the end of the day, the president and prime minister agree on what matters most: Turkey’s need to develop a new perspective. The AK Party, to say the least, is part of a broader political movement that raises questions about the legacy of Turkish modernizatio

Russia in Syria: Any Relation with Ukraine and Iran?
Previous