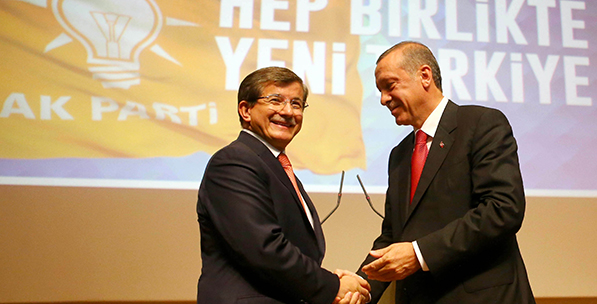 The AK Party, and the New Era

Erdoğan remains at the heart of this dynamic, and any perspective clashing with the aforementioned vision is bound to alienate supporters over the longer run. Elite change, which would prevent such developments, represents the greatest insurance policy for the AK Party.

Having gone through existential crises during each presidential election in history, Turkey has elected its 12th president in the first round with relative ease. As such, the first lesson of the Aug. 10 vote was that the direct involvement of the people in critical decisions makes it possible for the political process to function almost without problems.

Perhaps the single most important driving force behind the AK Party’s success has been elite change and transformation within the organization. The fact that less than 10 percent of all politicians who held ministerial posts under all AK Party governments serve in the current cabinet alone would attest to this phenomenon. It is also noteworthy that the party has made radical changes to its caucus in the Parliament in each general election over the past 12 years. In addition to these structural changes, the AK Party has also adopted and implemented a three-term limit on all levels of the party organization. This is precisely the point that backroom analysts, who forget the AK Party’s story, policies and social base, tend to miss whilst chasing prophecies of their own volition.

It is also noteworthy that the AK Party owes its success to its ability to develop reasonable solutions at historic junctions in line with the people’s expectations. Prime Minister Recep Tayyip Erdoğan passed on the opportunity to run for President in 2007 because his party and the people opted for the reasonable. The same goes for their resistance against military interference in popular elections and a 2008 closure case. At the same time, the AK Party kept a safe distance from political engineering and foul play. Thus, past trends manifest themselves yet again today, as President-elect Erdoğan advocates for a single person to serve as both party chairman and prime minister whilst defending the term limits as he had pledged to the people. The AK Party’s senior leadership knows quite well that contrary policies will represent a break with the reasonable and evoke a negative response from the electorate.

The AK Party will have taken yet another revolutionary step if it succeeds in keeping the dynamics of change alive. For the first time ever, a political party will have completed elite change within its ranks and mark the beginning of an era where elite change occurs naturally as opposed to periodic and costly interventions by the military that sought to force leaders out of politics. Thus far, the AK Party has been a political movement with unprecedented levels of interactive communication with its electoral base, which has turned the identity of AK Party supporters – regardless of their active involvement in the decision-making processes or lack thereof – into a serious dynamic.

Erdoğan remains at the heart of this dynamic, and any perspective clashing with the aforementioned vision is bound to alienate supporters over the longer run. Elite change, which would prevent such developments, represents the greatest insurance policy for the AK Party. The new Turkey agenda strictly refers to this insurance policy. Erdoğan’s devoted struggle has made it possible for the country to pass decades worth of reforms in just 10 years. At this point, picking a new leader that can catch up with the speed, frequency and nature of change in Turkey as well as prioritize effectively embodies the reasonable roadmap for the country.

Erdoğan and Davutoğlu: the Right Formula for New Turkey
Next
Loading...
Loading...
We use cookies to ensure that we give you the best experience on our website. If you continue to use this site we will assume that you are happy with it.Ok