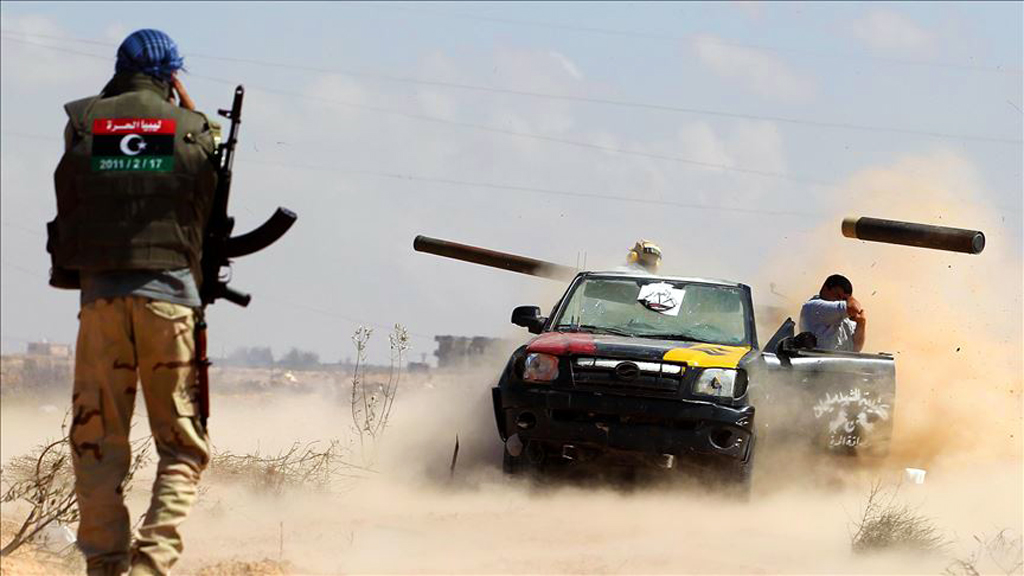 In the summer of 2019, I had an opportunity to visit the western cities of Libya. As a group of researchers, we were trying to understand the dynamics of the complicated civil war in Libya.

In the summer of 2019, I had an opportunity to visit the western cities of Libya. As a group of researchers, we were trying to understand the dynamics of the complicated civil war in Libya. Despite Khalifa Haftar’s attacks on Tripoli and other western cities causing anger among Libyans, the people were unable to fully mobilize against Haftar’s forces. Although they did not have the capabilities for conventional warfare, they held both the capacity and the will to defend themselves in a militia style resistance.

Most Libyans in the western parts of the country did not accuse their fellow citizens in the eastern part of the country for the recent attacks. All they wanted was a stable country with a participatory form of government, fully committed to the unity of their country. They were deeply disappointed by the atrocities and the brutality of the Haftar forces and were rising with fear and fury, but they were also conscious of the source of the troubles in their country. Two themes were dominant in the narratives of the people in western Libya’s understanding of the current war. They accused the UAE and Egypt of interfering with Libya. They also accused extremist Madkhali Salafi’s groups sponsored by the UAE and Saudi Arabia. They considered Madkhali’s followers a significant threat to the moderate religious understanding and practices of Libya.

At that time, the majority of international media left the country, and the diplomatic representation of international agencies was at its lowest level. Most international actors were expecting Haftar forces to take control of Tripoli quickly and to marginalize the legitimate government, the Government of National Accord (GNA), and its supporters. It seemed that the Hafar’s Libyan National Army (LNA) was not prepared for a prolonged military conflict. They were quite confident about a military victory in the western part of Libya. They expected that the people and tribes in western Libya would switch to Haftar’s side to avoid destruction and guarantee future benefits. The Haftar side was able to at least convince its sponsors – Egypt, the UAE and France – of a quick victory in the western front. No one was expecting strong resistance from the western side, but Misrata militias played a significant role in the resistance against the Haftar attacks; however, they alone are not strong enough to repel the attacks.

Haftar forces’ incompetence in the April attacks disappointed the sponsors of Haftar as well. Most international actors kept quiet in the April attack to give some time and credit for Haftar to take control of Tripoli. The hypocrisy of the European actors is not a surprise in the case of Libya. They were ready to accept and support any stable government that would promise to prevent refugee flows to Europe. Europeans were prepared to adopt an Egyptian-style authoritarian regime in Tripoli. That is why they did not criticize Haftar and his international sponsors.

The UAE and Egypt increased their investments, arms and equipment transfers to Haftar forces. They continued to grow by bribing local actors and militia leaders to attract new “allies” for Haftar forces on the ground. As they increased their investments, Haftar became more vulnerable to UAE and Egypt’s support. Haftar lost his ability to act as an autonomous actor, and that is why he was forced to leave Moscow without signing the cease-fire deal after calls from Abu Dhabi and Cairo.

Abu Dhabi and Cairo turned from being sponsors of Haftar to the spoilers of the peace efforts. Turkey’s maritime deal with the GNA disappointed the Greeks and Italians. Europeans were further confused about their position in Libya. This indecisive posture sidelined European actors and blocked their opportunities to play a more constructive diplomatic role for the future of Libya. The Russian side immediately filled the vacuum left by European confusion. Moscow decided to play a more constructive role after consultations between President Recep Tayyip Erdoğan and Russian President Vladimir Putin.

Libyan factions and international actors are heading to the peace talks in Berlin. None of the actors in Libya are optimistic about a deal in Berlin. Even if the parties sign an agreement, the applicability of the agreement may be questionable. Before talking about the details of the political debates, international actors involved in the Libya conflict should take the problem of dissent from the other actors more seriously. The UAE and Egypt are hindering diplomatic efforts to find a peaceful solution for the Libyan crisis. Now the Haftar side seems to be stressed by the threats of Abu Dhabi and Cairo, who are already working on alternatives for Haftar. It would be unrealistic to reach a diplomatic deal in Berlin without taming the ambitions of Cairo and Abu Dhabi.

The Eastern Mediterranean issue is another distraction raising tension between Ankara and Athens. Turkey is willing to address the problems in the Eastern Mediterranean diplomatically if other actors abandon the impractical idea of marginalizing Turkey in the region. Dissociating the Eastern Mediterranean tension from the Libyan issue and dealing with it on a different platform may be a more practical approach. European actors can play a more active and constructive diplomatic role in the Libyan conflict if they can manage to deal with the political pressures of Greece, Greek Cypriots, the UAE and Egypt. European actors are likely to suffer the most if they fail to reach a diplomatic solution to the Libyan conflict during and after the Berlin talks.