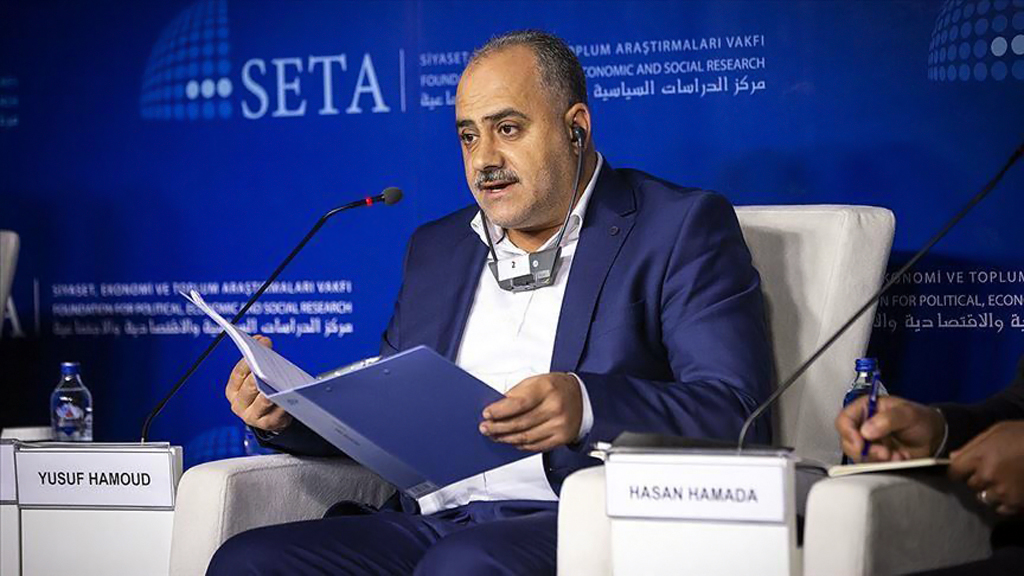 The rights of all local minorities will be secured after the conclusion of Turkey’s counter-terror operation in northern Syria in league with the Syrian National Army (SNA), an SNA spokesman said on Monday.

Yusuf Hamoud’s statements came at a panel organized by Ankara-based think tank SETA with the attendance of Hasan Hamada, the Syrian Interim Government’s deputy defense minister, and the SNA’s Mustafa Secari along with researchers and diplomatic representatives.

He said the SNA is the greatest unification movement that has been fighting the Bashar al-Assad regime since 2011, when the civil war broke out, adding that it has 80,000 trained soldiers organized into seven units.

He went on to underline that the YPG/PKK terror group made Turkey’s counter-terror operation — Operation Peace Spring — necessary as it forced thousands of civilians to migrate, forcibly recruited children, and assassinated political activists.

“We aim to establish a unitary Syrian state by securing the rights of all minorities,” he said.

He added that he was shocked by the Arab League’s condemnation of the Turkish operation, saying: “Those countries condemning [Operation Peace Spring] remained silent in the face of the terror group’s [YPG/PKK] war crimes.”

Calling on Syrian Kurdish civilians not to abandon their homes in the operation territory, Hamoud continued:

“When we liberated [Syria’s] Afrin region of terrorism [in March 2018], the PKK terror group forced civilian Kurds to migrate by oppressing them… After getting in touch with our Kurdish brothers, some of those who abandoned the region returned home.”

“The SNA will not administer the region. Once the region is cleared of terror, we will hand it to a civilian authority to facilitate peaceful coexistence,” he said, assuring Kurds, Assyrians and Christian civilians about the region’s safety in the near future.

Hamada went onto say that the interim government prioritizes security and safety in regions rid of terrorism and seeks to ensure the total eradication of terrorism.

Secari of the SNA said the operation was in response to demands by civilians in the region oppressed by the YPG/PKK terror group.

Ankara wants to clear northern Syria east of the Euphrates River of the terrorist PKK and its Syrian offshoot, the PYD/YPG.

In its more than 30-year terror campaign against Turkey, the PKK — listed as a terrorist organization by Turkey, the U.S., and the European Union — has been responsible for the deaths of 40,000 people, including women, children and infants.

Who decides US strategy in Syria
Previous

Critical moments for Turkish action in northern Syria
Next
Loading...
Loading...
We use cookies to ensure that we give you the best experience on our website. If you continue to use this site we will assume that you are happy with it.Ok