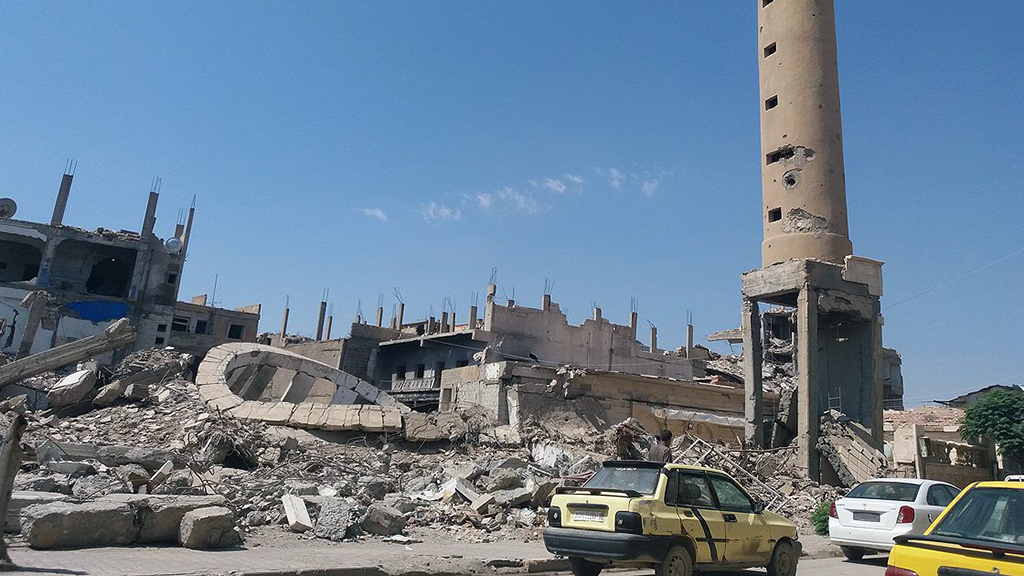 Syria safe zone may be ‘safe zone’ for Turkey-US relations

While many focus nowadays on the S-400/F-35 tensions taking place in Turkish-American relations, another issue, namely Syria, is being discussed at the highest levels among officials from the two countries. For the last eight years, the divergence of policies in regards to the crisis in Syria has become one of the most significant irritants in bilateral relations.

While many focus nowadays on the S-400/F-35 tensions taking place in Turkish-American relations, another issue, namely Syria, is being discussed at the highest levels among officials from the two countries. For the last eight years, the divergence of policies in regards to the crisis in Syria has become one of the most significant irritants in bilateral relations.

Disagreement between the two countries in regards to steps that needs to be taken in Syria, the U.S. lack of action following the use of chemical weapons by the regime, the U.S. decision to support the People’s Protection Units (YPG) and U.S. efforts to promote the YPG in eastern Syria have all become critical junctures in one of the most critical breaches of trust between the two countries.Following U.S. President Donald Trump’s decision to withdraw from Syria and debates about forming a safe zone in northern Syria to protect Turkey from terrorist groups in the region, safe zones constituted one of the few times that optimism emerged on working together in Syria.

Previously, the U.S. administration showed unwillingness to establish a working relationship with Turkey to form a no fly zone/safe zone in northern Syria, before the operations in Raqqa and supporting the opposition in multiple instances. President Trump’s announcement after a phone call with President Recep Tayyip Erdoğan about a safe zone idea made many in Turkey think that finally the two countries can work out a plan in Syria together.

At the end of the day Turkey spent much diplomatic and political effort to build frameworks of cooperation and ad hoc coalitions with other countries to alleviate the humanitarian tragedy in the region and to find a political solution to the Syria crisis. It could work out a plan in Idlib with supporters of the Syrian regime but the U.S. side did not show any intention to work out a plan east of the Euphrates.

Only after the Afrin operation, when some U.S. agencies expressed “concerns,” the U.S. decided to work on a road map in Manbij, which is yet to be fully implemented.

In this atmosphere of mistrust and broken promises, even optimists in Turkey have been cautiously optimistic and always recommended waiting for actions instead of making projections based on statements. The phone call between the two leaders took place four months ago on Dec. 14, 2018. President Trump tweeted his decision to ask Turkey to build a safe zone three months ago on January 13.

Since then, first the timeline of withdrawal changed and following that the U.S. administration decided to leave some forces in Syria. And for the last three months, negotiations on the idea of a safe zone have been ongoing. For Turkey and Turkish foreign policy makers’ perception of cooperation with the U.S. following problems implementing the Manbij road map agreement, whose negotiations between the militaries of the two countries were completed in Stuttgart 10 months ago on June 14, 2018, negotiations of the zone have become more critical.

The exchange of papers and different rounds of negotiations between the two countries for the last few months generated some expectations in the Turkish public about the outcomes. Especially following the departure of some high-ranking officials in the U.S. administration that considered Turkey “not a reliable partner” and a change in the personnel of the Syria team in Washington, these expectations increased as well.

Now in the midst of resolutions from the U.S. Congress against Turkey and the S-400 disagreement, the fate of the safe zone negotiations gained further importance. The outcome of the negotiations will not only determine the implementation plan of the safe zone decision by the two leaders, it will also play an important role in determining the future of Turkish-American relations.

If an agreement is reached that will fully respond to the national security concerns of Turkey, such an agreement will show that there can still be a working relationship between the two countries on one of the most divisive issues in their foreign policies. It will show that despite all divergence of policies, accumulated lack of trust and broken promises of the U.S. administration, the two sides can form a plan to work in northern Syria that may remind everyone of the enduring presence of the potential to resolve disagreements through negotiations. In fact an agreement on a safe zone may create a “safe zone” in Turkey-U.S. relations in this critical juncture of relations.