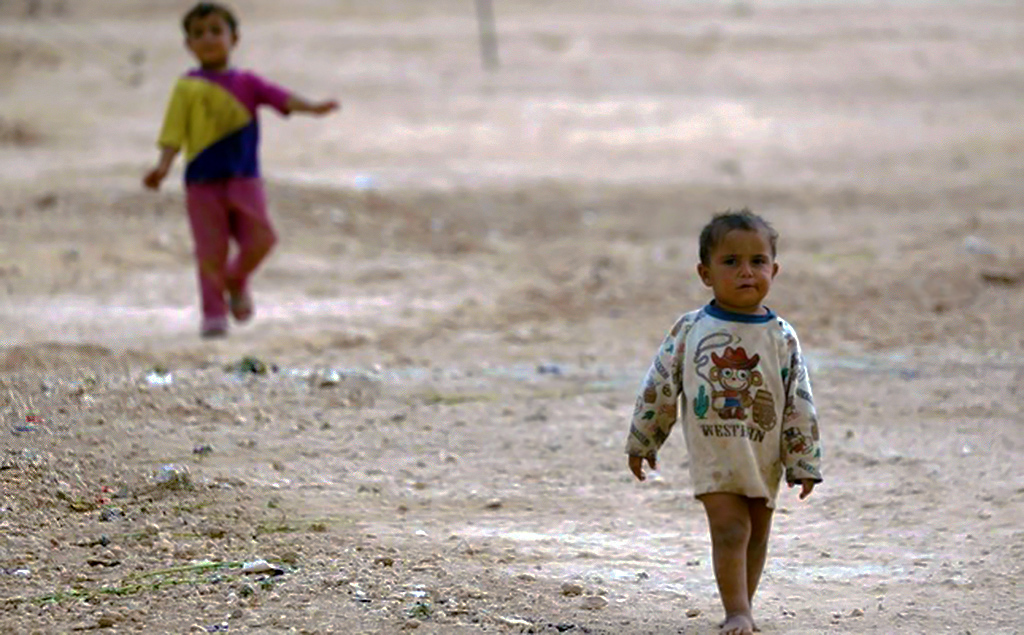 Displaced Syrian children from Deir Ezzor walk near a camp for displaced people in the province of Hasakeh, Oct. 8.

Solutions journalism in the age of chaos

The world is full of tragedy, some of which are the outcomes of the greed and interventions of wild capitalism on a global level, while others are the results of the inhumane actions and practices of authoritarian regimes or regional discrepancies. On top of these catalysts, there are also humanitarian catastrophes resulting from natural disasters, such as tsunamis, floods or droughts. All three causes, albeit varying in source, have led to tragic humanitarian crises. Obviously, dire situations need tangible solutions and two influential bodies, namely politics and media, must take initiatives and action at the same time.

Within this context, let’s take the Turkish stance. President Recep Tayyip Erdoğan, during the 73rd annual summit of the United Nations in New York last month, raised his voice against injustice and humanitarian calamities around the world.

His statements on crises, in Palestine, Somalia, Myanmar, Yemen and Syria, where millions are exposed to a combination of famine, lack of water, civil wars, torture and massacres, are worth putting in the spotlight. Erdoğan’s harsh criticism, “The fact that the wealth of the world’s richest 62 people are equivalent to half the world’s wealth shows there is a big problem here,” emphasizes global injustice. His famous discourse that “the world is bigger than five,” is the summary of this very stance, is also worth mentioning. Later in the same speech, he said, “Let’s make the U.N. the voice and implementer of humanity’s expectations of justice.”

The U.N. Security Council was established as the organization’s center, which is dominated by the winners of World War II – namely the U.S., the U.K., France, Russia and China. Although the number of U.N. members has reached 193, the top five countries are still somehow hierarchically superior to the rest. In the New York summit, Erdoğan essentially promoted a revolt against the inequality in the organization. According to him, the dominance of the permanent decision makers of the U.N. damage the world’s justice; therefore, this structure needs immediate reformation and perhaps a full transformation. By doing so, world conflicts will at least face a politically equal organization.

Indeed, Turkey is not alone. Antonio Guterres, the secretary-general of the U.N., also made similar statements concerning the case of the Syrian civil war, saying that the war in Syria, which has turned into a global crisis, is one of the biggest calamities since World War II. As a critic of the U.N.’s effectiveness, Guterres stressed that anger is rising against the U.N., who has yet to react to the wars in Syria and Yemen, over its lack of support for the exiled Rohingya people’s suffering and demands for justice.

It is important that political leaders like Erdoğan stress the need for structural changes to facilitate finding solutions for issues like violent conflicts and responsible media. As the improved technology of mass communication has made the world a small village where anyone can learn anything at any time, the responsibilities of the media, including journalists, TV stations and editors, have similarly increased in generating solutions to the world’s conflicts. This is simply because they have and know the easiest ways to reach out to communities around the world.

Inhumane tragedies cannot be based on ideology; hence, a tragic story, despite its ideological background or anything else, should be reported as news and shared with people by responsible media outlets to find a solution. A new kind of journalism called “solutions journalism” is today an updated approach based on the main ethical rules of journalism. For example, the suffering of Yemeni people in their homeland should be told in news stories and reports until political or other institutions can find comprehensive solutions to it. Otherwise, it is impossible to be aware of what’s going on around the world. In a similar way, the atrocities in Myanmar or the mass murders of civilians in Syria should be on the agenda of news reporters until the violence stops. News encouraging goodness, showing what lacks and pointing out mistakes should be the lead stories of media publications. Local problems should also be broadcast, published or documented in multilingual sources.

As a result, political actors and media organizations need to follow a solutions-oriented policy for ongoing global crises; otherwise, the self-oriented or insensitive approaches of today’s politicians and media members often work to fuel conflicts. All countries, particularly the developed ones like the U.S. and EU members, need to pave the way for more media institutions. This is what we, as a global society, are morally obligated to do to fight cruelty worldwide.

Women's empowerment and recognition in politics
Next
Loading...
Loading...
We use cookies to ensure that we give you the best experience on our website. If you continue to use this site we will assume that you are happy with it.Ok