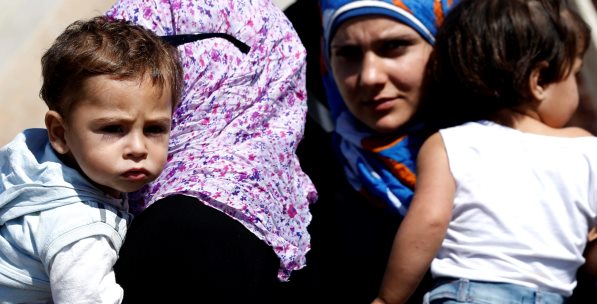 Solution Options in the Syrian Crisis

No matter which method is chosen for Syria, it will be neither rational nor realistic to expect a miraculous solution for the Syrian crisis.

The United States giving in to the diplomatic initiatives by Russia stepped back in the global competition. US President Barack Obama came off the stage while his Russian counterpart Vladimir Putin took the lead as a playmaker. Neither the Syria Intervention Plan postponed by Obama nor the Putin’s plan for Syria to eliminate its chemical weapons offers a final solution for the Syrian crisis.

The US and Russia seem to agree that a crisis controlled behind the curtains will not be against their interests because the options on the table are not the kind to change the balances in the field.

NO MIRACULOUS SOLUTION FOR THE SYRIAN CRISIS

The crisis and the civil war in Syria, which has been ongoing for more than two years, have become extremely complicated because countries such as Iran and Russia supported the regime while some others backed the opposition. Syria has turned into a competition arena where, on one side, the civil war rages while a power struggle exists between regional and global actors on the other. Now, Syria is a country where regional and global actors test their self-powers. Therefore, it is almost impossible to arrive at an easy solution for the crisis in the near future. Afghanistan and Iraq examples also indicate that foreign interventions may not always yield the expected results.

The following are the possible options for the crisis in Syria. The way these options are understood and interpreted will require us to take steps that will change the future of Syria. 120,000 people died in Syria and more will die if the current situation and political power balances persist. This will irreparably destroy the social texture of the country on denominational grounds. The number of the refugees will dramatically increase. This will amplify border security risks for Turkey. Is it possible to sit back and watch these developments? Until when can one remain a mere spectator?

RISKS OF THE FOREIGN INTERVENTION

Although a foreign intervention carries numerous risks, if the intervention takes place, it will provide two options. If this intervention overthrows the regime and a new and a broad-based government replaces it (and this, without a doubt, will not be easy), then an opportunity for the resolution of the crisis may arise. As a matter of fact, opening a political sphere in the frame of democratic demands was the starting point of the Syrian crisis. If this intervention fails to overthrow the regime, then we likely go back to square one as the spiral of violence expands in the country. In this sense, one must question whether or not giving diplomatic initiatives a chance will yield any results. Given that the initiatives of the Arab League observers in the wake of the crisis, the former UN Secretary General Kofi Annan’s mediation and the first Geneva summit did not yield any results; it is possible to say that diplomatic channels are blocked to a great extent. No matter which method is chosen for Syria, it will be neither rational nor realistic to expect a miraculous solution for the Syrian crisis.

The Syrian Crisis and the World
Previous

A Change in Economy: Is it Necessary?
Next
Loading...
Loading...
We use cookies to ensure that we give you the best experience on our website. If you continue to use this site we will assume that you are happy with it.Ok