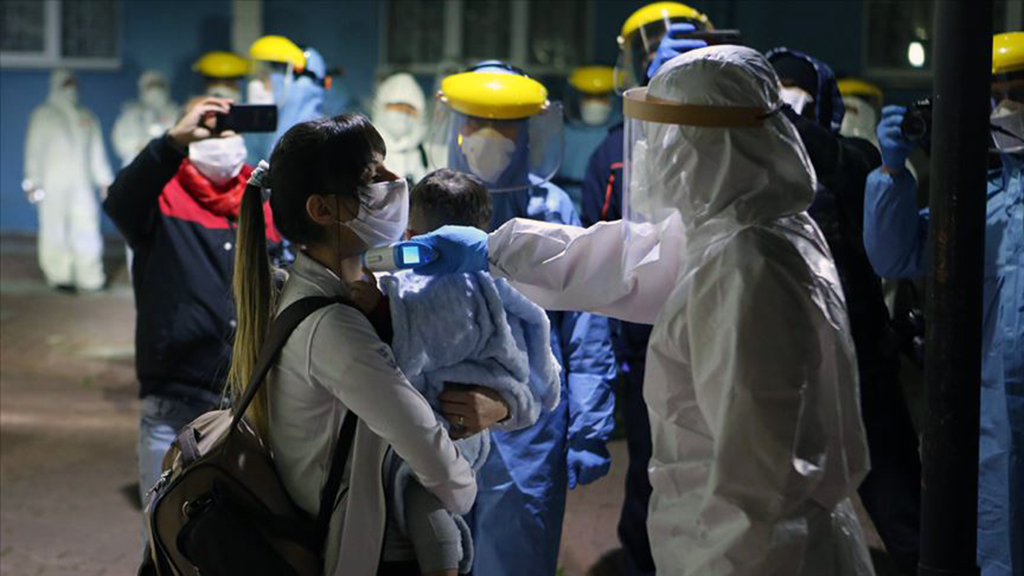 Social scientists, think tank experts and policymakers are trying to grasp how the coronavirus pandemic and the transformations that may occur in its aftermath will influence life all around the world. Medical experts and scientists in various disciplines of natural sciences are trying to find a remedy for the novel coronavirus. In particular, the medical staff who are struggling ceaselessly to save people’s lives in overcrowded hospitals are the new heroes of our time. They are currently at the front lines of the struggle against COVID-19; however, once the virus' spread is brought under control, the focus will shift to the more complicated consequences of the pandemic. There will be a whole new research agenda for social scientists and policy researchers.

Social scientists, think tank experts and policymakers are trying to grasp how the coronavirus pandemic and the transformations that may occur in its aftermath will influence life all around the world. Medical experts and scientists in various disciplines of natural sciences are trying to find a remedy for the novel coronavirus. In particular, the medical staff who are struggling ceaselessly to save people’s lives in overcrowded hospitals are the new heroes of our time. They are currently at the front lines of the struggle against COVID-19; however, once the virus’ spread is brought under control, the focus will shift to the more complicated consequences of the pandemic. There will be a whole new research agenda for social scientists and policy researchers.

In which directions economies, societies and political actors will move after the pandemic has calmed down is a major question. Economists, political scientists, international relations scholars, psychologists, sociologists, security experts and business experts all ask similar questions: How will the COVID-19 pandemic affect the world, and how can we overcome the negative consequences of this crisis? We will probably be unable to see the full picture until a year or more has passed, once we have solid data about the consequences of the pandemic. How the problem will be framed and the solution mechanisms offered will serve to shape the future of the billions of people.

Such stunning events and transformations rarely happen in one’s lifetime. This is the same for social scientists and politicians, as well as for ordinary people. I remember the day that the two planes crashed into the World Trade Center in New York City. I even watched the crash of the second plane live on my TV. It was very difficult at that time to comprehend how that ominous event would affect the world, more specifically the region in which we live. The first response was shock and bewilderment, and then the problem was framed in a particular way. The idea of the “Global War on Terror” was the consequence of the conceptualization that came after the 9/11 attacks. At that time, there was a consensus and solidarity against al-Qaida and other terrorist groups. Many international actors supported the “Global War on Terror.” Several months after the 9/11 attacks, the fragile consensus and solidarity evaporated. Global actors failed to maintain cooperation, solidarity, consultations and joint action.

The 9/11 terror attacks transformed our disciplines and our research themes drastically. At the time, I was planning to continue my graduate studies by focusing on the impact of culture and identity in the conflict resolution process. I was accepted into the School of Conflict Analysis and Resolution in Washington, D.C. – which was the Institute for Conflict Analysis and Resolution at that time – for doctoral studies. I was very much interested in studying the indigenous conflict resolution processes in non-Western contexts. Like many academics and researchers, the 9/11 attacks affected my academic agenda and focus as well. I never lost my passion to study and understand the conflict and conflict resolution dynamics in ethnic, tribal and religious communities. However, I ended up concentrating on the cultural and ideological underpinnings of ethnic, sectarian and religious violence. At that time, violence, especially the cultural and religious legitimation of violence, became a more pressing issue and compatible with the priorities of the post-9/11 era.

Terrorism studies, intelligence research, civil wars and post-conflict stabilization efforts rose in popularity as fields of study and research in the aftermath of the 9/11 attacks. Practically, the security and military aspects of defense are usually better funded both in the domains of scholarship and practice. Suddenly, both the academic community and the policy communities in the U.S. switched to terrorism and counterterrorism research. European international relations scholars were more interested in studying the formation and the spread of liberal norms and intuitions. Europeans focused on spreading the ideas of human rights, democratization, global governance and other liberal ideals. Under the security umbrella provided by the U.S., Europeans were less concerned about studying pressing macro-security challenges.

We were trained to research “human security” and the underlying structural dynamics of conflicts rather than focusing on top-down preventive measures and practices in the field of conflict analysis and resolution. The security community often avoided the fundamental premises of our field. The decision-makers and policy implementers left behind failed states and fragmented societies in Iraq, Afghanistan, Syria, Libya and many other places. Unfortunately, the entire enterprise of the “global war on terror” left behind a huge mess. It may take generations to fix the mistakes that were made both by decision-makers and policy implementers. The community of scholars that was unable to provide the right guidance also bears some responsibility in this mess.

Once again, social scientists and policy researchers have new responsibilities to comprehend and reflect scientifically on the phenomena of the post-COVID-19 world. Most social scientists approach the problem with the theoretical and conceptual tools that they already have. Every new unpredictable event in relation to the COVID-19 pandemic is like a new social experiment and shows us how helpless we are in the face of a change that we are not equipped to understand and respond to. What will exacerbate and expand the ongoing crisis, and what will alleviate and make it more manageable depend on the coordinated response of the actors involved in this critical process. No scenario is totally optimistic nor totally pessimistic, taking into account the possible directions in which that the key actors in the system may move. The impact of the crisis can go in any direction. What is more important is how the actors reach a common understanding and formulate a coordinated response to the crisis.

Like in almost all the international crises in history and all the major global transformations, there will be wide differences in the responses of key actors. Some actors will also try to benefit from the possible consequences of the COVID-19 crisis. What is clear at the moment is that if world leaders and leading figures of the scientific community fail to work together, the normalization process and recovery will take longer than predicted. More damage may be done to more people if the scholars, policymakers and decision-makers fail to produce accurate prescriptions. We already have two major examples in the last two decades from which we can learn some lessons. The response to the 9/11 attacks was an epic failure, whereas there were much better coordination and inclusive leadership efforts in tackling the 2008 global financial crisis. The world is facing a very significant challenge which may have devastating consequences for billions of people. How the post-COVID-19 world will be framed and how response mechanisms will be coordinated is key to where we will end up in the coming years.

Why is there a debate about WHO today?
Next
Loading...
Loading...
We use cookies to ensure that we give you the best experience on our website. If you continue to use this site we will assume that you are happy with it.Ok