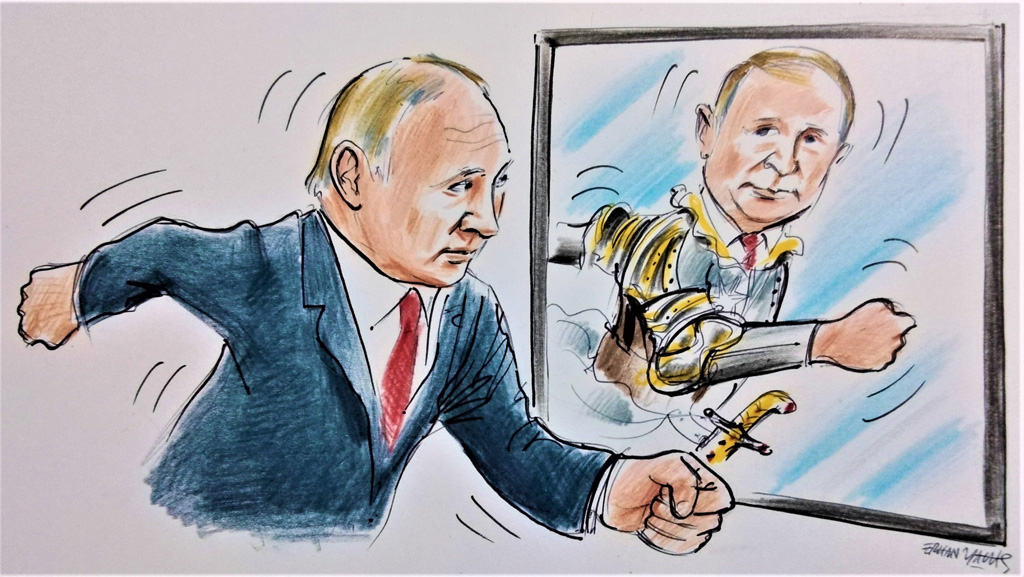 One way or the other, Russia's invasion of Ukraine and its regional and global dimensions are likely to have long-lasting consequences

Everyone was discussing a potential cease-fire on Feb. 28, the fifth day of Russia’s attack on Ukraine. Representatives from those nations participated in negotiations at Ukraine’s border with Belarus. Ahead of that meeting, Ukrainian President Volodymyr Zelenskyy announced that his government demanded an immediate cease-fire and the withdrawal of all Russian forces from the country. Indeed, hardly anyone expected that initial contact to yield any concrete results.

Whereas both sides attached importance to diplomatic talks, there was no difference between making concessions and making the ultimate sacrifice for Russia’s President Vladimir Putin or Zelenskyy. In addition to the European Union’s harsh economic sanctions against Moscow and commitment to providing military assistance to his government, the Ukrainian leader believes that the popular resistance strengthens his hand. Thus he expects the Russians to leave all Ukrainian lands, including Crimea and the Donbass region. Having offered to commit to neutrality in the initial hours, Zelenskyy now calls on the EU to admit Ukraine as a member.

Looking back at the first week of the Russian offensive, experts note that Moscow’s inability to capture the Ukrainian capital was a major failure. The Kremlin has refrained from carrying out heavy bombardment in an attempt to maintain some connection with the Ukrainian people. Unlike in Syria, the Russians are signaling that they care about Ukraine’s infrastructure and civilian casualties. Meanwhile, the EU responded more harshly than expected to the Russian attack. In addition to imposing severe sanctions on Moscow, the bloc is also providing military aid to Ukraine. That support will certainly boost the resilience of Ukraine’s military, which has dragged the Russian forces into urban areas and prolonged the war – the one thing Putin does not want.

It is an increasingly popular view that Russia faces an uphill battle in Ukraine. The Kremlin’s premature reference to its nuclear arsenal conveyed that same message to the world. Unless Zelenskyy makes certain concessions, the Russian president may be forced to adopt more aggressive tactics. At this point, Putin could not agree to withdraw the Russian forces without losing face, even if Moscow gets to keep the Donbass region. After all, the Russian leader set the bar quite high. In this regard, it seems unlikely that the Kremlin will end its occupation by settling for minimal accomplishments. That would mark the death of Putin’s political goals and Moscow’s dream of building a new empire. Indeed, Russia’s deterrence would be severely undermined if Moscow ends up having to take a step back.

The question is whether Ukraine and Russia could find an honorable solution at the negotiating table. Having secured military support from the EU, could Zelenskyy hand over Crimea and the Donbass region to Moscow? Could he then claim to have saved the rest of his country? It is also possible that the Ukrainian president, who makes bold statements, could push the Russians into a more aggressive occupation.

By pulling the trigger in the Ukraine crisis, Putin created a geopolitical rupture with long-term repercussions. Neither Eastern Europe nor the Baltic states will ever forget the Russian threat as a result of what happened. At the same time, Europe has to end its dependence on Russian energy and keep itself safe. Germany has already decided to arm itself by allocating $110 billion to its armed forces. That decision, a turning point, will radically alter the security architecture that had emerged after World War II. It would not be surprising for Japan, which already feels the heat of the American-Chinese rivalry, to make similar decisions in the near future.

The act of betting

Playing the nuclear card, the Russian president took the great power competition to the next level. He certainly faces a difficult decision. Moscow could opt for an all-out aggressive occupation or settle for minor gains by using the negotiations as a pretext. The first option would trigger a devastating civil war or Ukraine’s partitioning. It would also entail years of isolation for Russia. The second option, however, would mark the end of Putin’s dream of becoming the new czar. The difficulty of that choice suggests that the Russian occupation of Ukraine could take a long time.

What went wrong for Russia in Ukraine
Previous

El suicidio estratégico de Putin
Next
Loading...
Loading...
We use cookies to ensure that we give you the best experience on our website. If you continue to use this site we will assume that you are happy with it.Ok