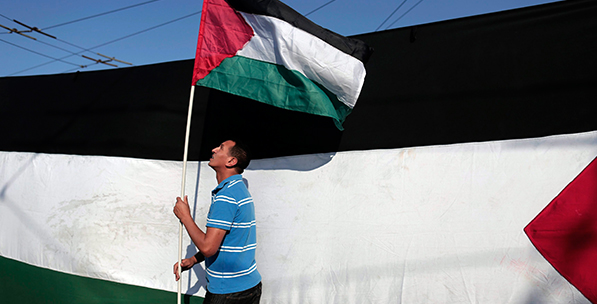 Saving Gaza From Our Fears

Concerted action against repeated and unlawful aggression on the part of Israel, which behaves like an "anachronic colonial state," should start from demystification of its endless power perception and alleviation of various fears in the Muslim world.

Following the euphoria of the false dawn triggered by signs of public awakening in the Middle East wrongly dubbed the Arab Spring we are sadly back to the vicious circle of wars, domestic strife and human suffering. The series of backlashes that eliminated any hope for a regional revival started with the civil war in Syria, continued with the bloody military coup in Egypt, expanded with Islamic State of Iraq and al-Sham-led chaos in Iraq and reached its usual destination, Palestine, with the third major bombardment and land occupation of Gaza by Israel in the last six years. Still using the suspicious deaths of three Israeli settler teenagers – which were not concretely attributed to Hamas – as a pretext, Israel launched a major military assault on Gaza falsely codenamed, Operation Protective Edge. The hysterical response of the Netanyahu government to order a vicious and comprehensive campaign against Hamas in the West Bank and East Jerusalem along with the indiscriminate bombardment of Gaza reflects the dominant aggressive public mood in Israel, but there seems to be a wider strategic plan that has long been in the making.

On the surface, the Israeli state blatantly abuses the principle of self-defense in international law by unleashing the whole capacity of its military machinery on 1.7 million helpless Palestinian civilians living under siege and deprivation in Gaza. It is not surprising that the international community including the U.N., U.S. administration and Western governments, as well as mainstream media insist that Hamas stop the (rather amateurish) rocket attacks, while Israel was only politely requested to show “maximum restraint.” But the grim humanitarian reality on the ground is that so far, more than 250 Palestinian civilians, most of them women and children, have lost their lives and more than 2,000 are wounded. Should the conflict continue at full pace with the recently launched land operation for a considerable period of time, the number of civilian casualties is destined to rise dramatically.

At a deeper level, Israel’s political motives for launching this operation include punishing the Palestinian leadership for achieving a degree of reconciliation between the Palestinian Authority and Hamas, further marginalizing Hamas as a so-called “terrorist organization” and destroying the chances of a two-state solution. Israel is also seeking to bolster its settlements policy during the current period of chaos and shift responsibility for the collapse of direct negotiations to the Palestinian side. Despite strong reactions coming from individual states such a Turkey, Iran, Chile and Venezuela, the muted response of the international community to the latest humanitarian crimes in Gaza confirmed once again that the balance of power and geopolitical alignments determine diplomatic attitudes of major global actors, rather than notions of justice and legitimacy. This is more so when it comes to flashpoints like Gaza, complicated conflicts such as the Israel-Palestinian conflict and regional contexts such as the conflicts across the Middle East.

Therefore, the Palestinian cause for justice, dignity and self-determination can only be advanced through global activism aimed at pressuring governments to penalize Israel with concrete policy instruments including trade boycotts, suspension of aid and embargos against arms exports. On our side, the principled stance of Turkey based on the protection of human dignity and peaceful means for conflict resolution is commendable in the midst of ongoing mayhem in Gaza. This stance may not be sufficient to change the grim regional outlook in the Middle East, but at least provides some degree of hope for a better future. Concerted action against repeated and unlawful aggression on the part of Israel Israel, which behaves like an “anachronic colonial state,” should start from demystification of its endless power perception and alleviation of various fears in the Muslim world.

The Future of Democracy in Turkey
Previous

Turkish Presidential Race: Winner and Losers
Next
Loading...
Loading...
We use cookies to ensure that we give you the best experience on our website. If you continue to use this site we will assume that you are happy with it.Ok