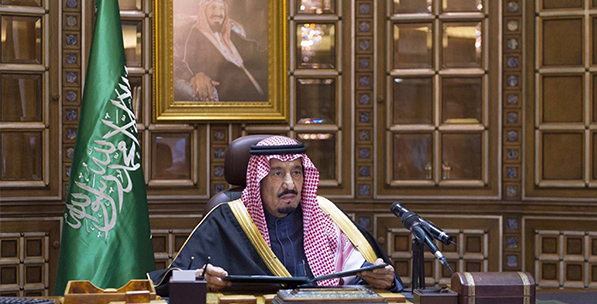 After the death of King Abdullah, the Saudi royal family could face several challenges in the future and a power struggle as palace intrigue could emerge.

The recent death of Saudi Arabia’s King Abdullah coincided with the fourth anniversary of the Tahrir Revolution and the Iran-backed Houthi movement’s takeover of the government in Yemen. Arguably, one of the most profound results of the post-2010 Arab revolts has been to force regional powers including Saudi Arabia, Iran and Turkey to pursue a more active foreign policy. Among the three countries, Turkey has been the only proponent of democratic regimes across the board – from Tunisia to Yemen. Iran and Saudi Arabia, in turn, decided to pick and choose as Tehran sided with the authoritarian regime in Syria and the latter threw its weight behind the establishment in Egypt and Bahrain.

Unlike his predecessor, the Salafist King Fahd, King Abdullah adopted a “partially reformist” approach in dealing with the three challenges stemming from the Arab revolts. The first challenge was the Muslim Brotherhood’s rise to power in Egypt and the probability of a wave of democratic change across the Gulf. By facilitating General Abdel-Fattah el-Sissi’s military coup, Saudi Arabia and the Emirates have been, at least temporarily, able to shut down the Islamic democracy project.

With the moderate Muslim Brotherhood being terror-listed across the region, a second challenge became clearer for Riyadh: the enhanced ability of radical groups including al-Qaida and ISIS to recruit young Muslims. Today, Saudi Arabia and the broader region finds itself threatened by thousands of its citizens coming back home after experimenting with such organizations – which is why King Salman might pay extra attention to deradicalization policies. The appointment of Muhammad bin Nayef certainly hints at a policy move of this nature.

The third and final challenge has been the growing influence of the Iranian government, arguably the best opportunists in the post-9/11 landscape, following the Arab revolts. Iran currently controls at least four Arab capitals (i.e. Damascus, Baghdad, Beirut and Sana’a) and combines its hard and soft power to create long-term concerns for the Saudis. If Iran and the United States, which have similar positions on the anti-ISIS campaign, reach a nuclear agreement, existing tensions between Riyadh and Tehran are only likely to grow – despite U.S. efforts to the contrary. Add Iran’s popularity among the Shi’a community in oil-rich eastern provinces of Saudi Arabia, and the mix becomes all the more explosive.

Fighting a three-front war over the future of Gulf monarchies, the House of Saud has no choice but to ensure stability at home. At this point, a potential power struggle within the ruling family represents the single greatest risk in Saudi politics. For the time being, the Allegiance Council, which was formed by King Abdullah and consists of 35 princes, remains able to oversee leadership change without problems. With King Salman on the throne, the Sudairi brothers found a way back into the game. Deputy Crown Prince Muhammad bin Nayef, for instance, is a third-generation prince of the Sudairi clan, the solidarity among whom and the potential rise of an opposition clique against them could represent a major problem for the country.

Today, it remains difficult to manage the distribution of power among some 7,000 princes in Saudi Arabia. While the country sided with the United States and the EU to deal some blows to Moscow by cutting oil prices, the downside of this policy has been a 1 percent budget deficit.

Meanwhile, Saudi Arabia’s decision to assists moderates at the expense of extremist groups in Syria calls for a restoration of its foreign policy. The elimination of Bandar bin Sultan, one of the most influential figures over Saudi foreign policy under the late King Abdullah, could facilitate such change.

At present, the main question relates to whether or not the House of Saud will be able to rise to the challenge of the widespread demand for democratic change, the growing influence of radicals and the lurking threat of Iran’s regional game plan. Saudi Arabia could initiate a pe

Presidential System is not Authoritarian
Next
Loading...
Loading...
We use cookies to ensure that we give you the best experience on our website. If you continue to use this site we will assume that you are happy with it.Ok