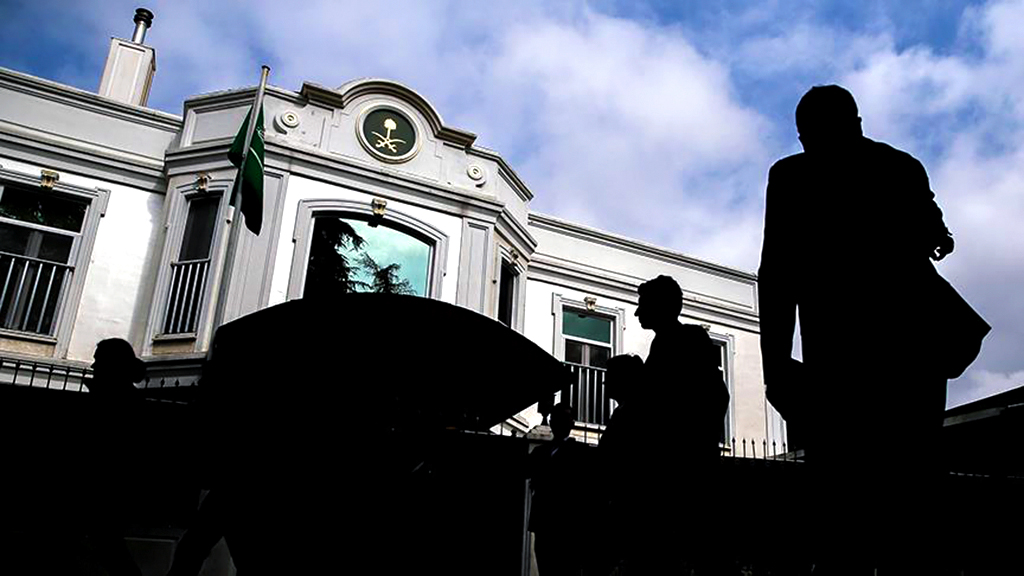 Saudi Arabia before and after the Khashoggi case

The missing or killing of the Saudi journalist and intellectual, Jamal Khashoggi, will be remembered as a milestone not only for Saudi domestic politics, but also for the international perception of the Saudi regime.

The missing or killing of the Saudi journalist and intellectual, Jamal Khashoggi, will be remembered as a milestone not only for Saudi domestic politics, but also for the international perception of the Saudi regime. As a result, it is expected that Saudi Arabia will soon face difficult days both domestically and internationally. The Saudi authorities are aware of these possible developments; therefore, they have chosen to ignore all allegations.

Furthermore, the Saudi government has clearly challenged the world by declaring that in case of sanctions against Riyadh, it would “respond with greater action.” Nevertheless, given that the Saudis were unable to take successful measures against Qatar, despite the fact that the U.S. had supported it, along with Saudi dependence on Western powers, the possibility of taking effective measures against global and regional powers is very low.

First of all, the Khashoggi case will have significant implications for Saudi domestic politics. Khashoggi was known for his pro-Saudi thoughts. He had close relations with some influential members of the royal Al Saud family. Khashoggi was close to Prince Alwaleed bin Talal, the richest Saudi prince and one of the most reformist members of the royal family, who was imprisoned for several months by Crown Prince Mohammed bin Salman. It was relatively recently that Khashoggi began to demand social and political reforms in the country as he raised some questions about the crown prince’s style of administration. After criticizing Crown Prince Mohammed, Khashoggi feared retribution for his criticism of the prince.

Second, the Khashoggi case will influence regional balances, especially Turkish-Saudi relations. Although Turkey has refrained from turning the case into a bilateral crisis, it has shared important evidence that holds Saudi Arabia responsible for the incident. For instance, Turkish security authorities repeatedly declared that the journalist never left the consulate. Saudi authorities have so far failed to provide counter-evidence. King Salman has ordered an internal probe into the unexplained missing case of Khashoggi and accepted the establishment of a joint Turkish-Saudi team to search the Saudi Consulate in İstanbul. Knowing that Turkey has a lot of evidence regarding the vanishing of the journalist, the Saudi government has to cooperate with Turkey to a certain extent.

Third, the Khashoggi case will affect the Saudi’s global perception. Currently, the Saudi leadership is under global scrutiny and many international actors are already involved in the case. The case has triggered a strong anti-Saudi campaign all over the world. However, for the United States, it has turned into a subject of domestic politics. The case will be utilized in the coming American elections and most probably will influence the results since the Saudi regime is one of the closest allies of the Trump administration in the Middle East.

Riyadh has been supporting Trump’s Middle Eastern projects such as the punishment of Iran, limiting Turkey in the region, preventing the empowerment of moderate Islam in the region and fulfilling the “Deal of the Century.” The cost of abandoning the Saudi regime seems quite high for Trump.

Even though Trump declared that the case would not influence American bilateral relations and investments with the kingdom, he will have to revise his outlook due to the increasing critics against Riyadh. Therefore, for the Trump administration, it will be very difficult to maintain good relations with the violator of the basic principles of international human rights.

Trump, who said that if it is proven that Riyadh is involved in the disappearance of Khashoggi, he will severely punish Riyadh, has decided to send Secretary of State Mike Pompeo to Riyadh in order to discuss the case. Trump naturally hopes that his allies are not involved in this inhumane incident; however, findings claim otherwise.

The European countries also closely following the Khashoggi case. Britain, France and Germany have issued a joint statement stating that they follow the case with the utmost seriousness. Furthermore, they declared their support and will to cooperate with the U.S. and Turkey and claimed their determination to get to the bottom of the case.

Not only global states but also non-state actors have begun to question the legitimacy of the Saudi regime and its policies. For example, representatives of many organizations, companies and institutions such as JPMorgan Chase, Ford, Uber Inc., Viacom Inc., AOL, CNN, the Financial Times, CNBC, The New York Times and Bloomberg canceled their plans to attend the “Future Investment Initiative” conference in Riyadh.

Eventually, it seems that the cost of the Khashoggi case will be quite high for Saudi Arabia. It will face growing opposition from inside and will lose most of its partners in the midterm. For Riyadh, the cost of the case is not only political but also economic. On the one hand, the positive perception that the crown prince has constructed for the last several years has collapsed with the Khashoggi case. It will be very difficult for Riyadh to recover its positive image. On the other hand, the Saudi Arabian economy will weaken further resulting in the weakening of Saudi Arabia’s power regionally and globally.

Remaining obstacles for the betterment of Turkey-US ties
Previous

Analysis: The Child Soldiers of the PYD/YPG
Next
Loading...
Loading...
We use cookies to ensure that we give you the best experience on our website. If you continue to use this site we will assume that you are happy with it.Ok