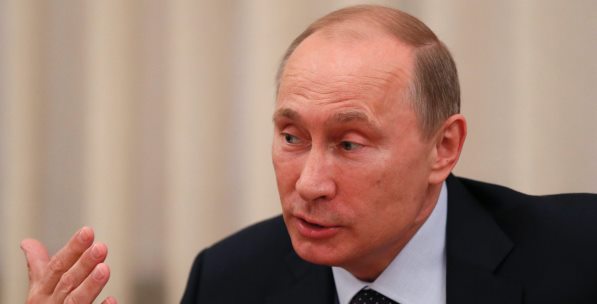 Russia in Syria: Any Relation with Ukraine and Iran?

With the West's silence over the terror of the Assad regime and now the Russian government's military support to Syria, the atmosphere is perfect for everything to go as Assad wishes.

This column is the third in a series on the recent Russian military assistance and buildup in Syria. Although some have downplayed the significance of it and argued that it is the delivery of the previously bought weapon systems, this development can be a game changer in the politics of the region and the state of the conflict in Syria. As such, it will be necessary to discuss this issue one more time in this column. This time, instead of discussing possible Russian motivations and the dangers that a Russian military buildup presents to regional security, I will focus on the possible variables and actors to which we need to pay attention in order to understand why Russia sending is troops to Syria.

Before analyzing these variables, it is important to understand that since the publication of my piece three days ago there have been further developments and intelligence reports about Russian military presence in Syria. Intelligence sources in the U.S. told Fox News: “In addition to the previously reported arrival of nearly 50 Russian marines, 100 housing units and armored vehicles delivered by a stream of massive Antonov-124 Condor military transport aircraft and two Russian landing ships in Syria – the Russians have delivered aviation, intelligence and communications facilities to deploy a powerful offensive force.” In addition to that, two Western officials and a Russian source told Reuters that Syria is also receiving anti-aircraft missiles from Russia in this latest batch of military support. According to the report, “Moscow is sending advanced SA-22 anti-aircraft missiles to Syria. The system would be operated by Russian troops, rather than Syrians.” However, despite these reports it seems that the U.S. administration is still not clear about Russia’s motivation in Syria and how to respond to the developments on the ground. U.S. President Barack Obama also commented on this issue and called it “a strategy that’s doomed to failure.” Despite Obama’s clear message to Russia, Josh Rogin of Bloomberg reported that the administration is not very clear on how to respond to Russia’s policy in Syria. According to him, there are serious disagreements within the administration because of the different options offered and “the options are to try to confront Russia inside Syria, or as some in the White House are advocating, cooperate with Russia there on the fight against the Islamic State [of Iraq and al-Sham, ISIS].” The administration is one more time demonstrating its indecisiveness on this very significant issue despite Obama’s statements.

These reports clarify certain issues about Russian military assistance to the Syrian regime, but provide further ambiguity about Russian President Vladimir Putin’s motivation in this latest policy endeavor. As the Western military and intelligence officials one by one discover the details of the military assistance, it is increasingly becoming clear that the initial Russian statements about counterterrorism as the main goal do not explain the real reason behind this new development. Especially the presence of anti-aircraft missiles refutes this story line since the Islamic State of Iraq and al-Sham (ISIS) or other terrorist forces do not have any air force. In addition, these details also challenge statements from some other Russian officials who describe the developments as part of routine defense industry contracts. In terms of its size and the number of Russian officers involved, this is not a usual transaction, but a part of a more comprehensive military assistance to Bashar Assad’s regime.

While focusing on these developments between Syria and Russia, it may be more meaningful to also focus on Russian relations with two other countries. In addition to the very frequently stated motivation of distracting public attention from economic problems and rallying the populace with Russian nationalism by claiming it has a great power status in world politics, the Russian motivation in Syria may also be related to diplomacy in Ukraine and Russian relations with Iran.

Russia in Syria: The Dangers of Military Involvement
Previous

The AK Party's Mission
Next
Loading...
Loading...
We use cookies to ensure that we give you the best experience on our website. If you continue to use this site we will assume that you are happy with it.Ok