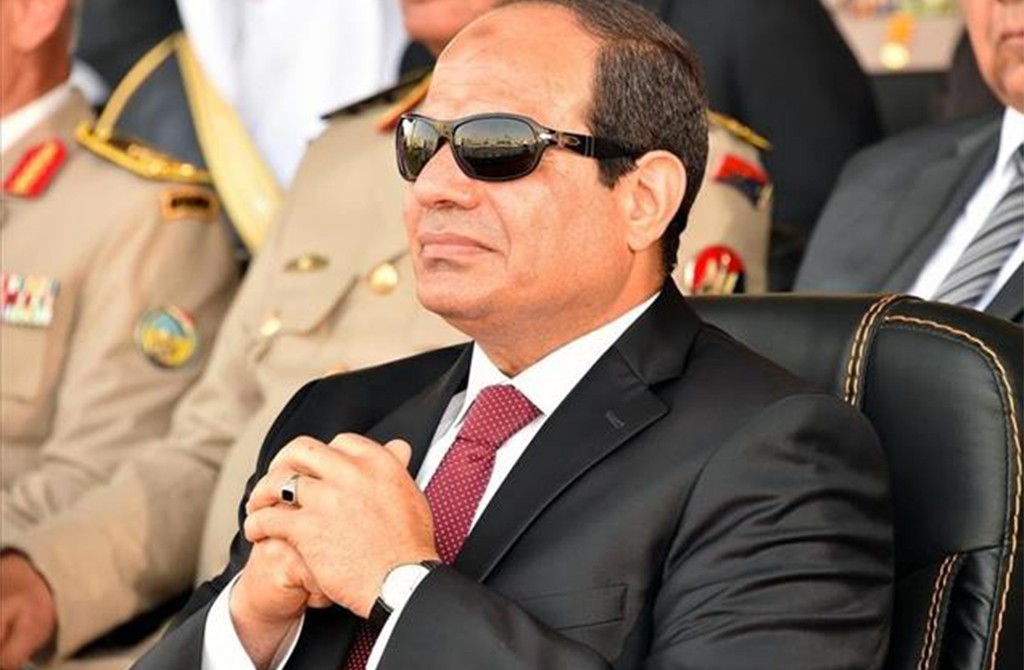 Roots of terrorist attacks in Egypt and future of Sissi regime

It's important to focus on the reasons for the failure of Sissi's government's strategy toward northern Sinai.

On Nov. 24, Egyptians witnessed one of the most brutal massacres in their country’s recent history. In Egypt’s northern Sinai region, militants attacked a mosque affiliated with the region’s major Jaririya Sufi order. The attack claimed the lives of at least 309 civilians who were attending the Friday sermon at Al-Rawda Mosque in the town of Bir al-Abd. Despite silence from major terrorist groups in the region, eyewitnesses say the attackers were carrying the flags of the Daesh terrorist organization, known to locals as Wilayat Sinai. The massacre has great implications on both local and international levels, as the scale and target of the brutal attack is different from the recent violence in the Sinai. Despite similar attacks in other Muslim majority countries such as Iraq, Pakistan and Afghanistan, militant groups targeted a mosque in Egypt for the first time. Subsequently, it is considered a major shift in the record of violence in Egypt where security forces and non-Muslims are usually the targets for terrorists.

In fact, the attackers consciously choose this particular mosque to carry out their brutal plans. Al-Rawda Mosque is one of the most frequently visited locations for followers of the Jaririya order, which is one of the leading Sufi groups in the region. Factually, a closer look at Daesh’s publication, Rumiyyah, reveals the identity of the attackers and the main motivation of their attack at a mosque that is home to one of the most tolerant and peace-loving branches of Islam.

In the fifth issue of Rumiyyah magazine, Daesh published an interview with one of the leading figures of Wilayat Sinai in early 2017. He said that the group has repeatedly urged Sufi groups in the Sinai region to halt their practices, but some Sufi orders rejected their demands. As one of the so-called most radical Sufi groups, the Jaririye order also refused to suspend its activities, particularly those taking place at Al-Rawda Mosque. The interview also threatened leaders of the Jaririya order and urged them to be prepared for coming attacks. He said that last year Wilayat Sinai executed one of the leading figures of the Jaririya order, Suleiman Abu Haraz, for continuing Sufi activities that Daesh strictly forbids.

Local sources revealed to the Egyptian media that members of Wilayat Sinai had warned the Jaririya leaders one week before the attack to shut down their specific Sufi rituals. Consequently, the community around Al-Rawda Mosque shut down one of the adjacent streets to the mosque to prevent a possible attack.

Therefore, it is a great possibility that Wilayat Sinai is behind the attack that targeted hundreds of civilians at a Sufi mosque. But what is really driving Daesh to conduct such brutal attacks and why did so-called effective measures taken by coup leader, President Abdel-Fattah el-Sissi’s regime, fail to stop such kinds of terrorist attacks in northern Sinai?

Reasons behind violence in Sinai

For the past years, Daesh had been successful in its bid to receive local support for carrying out large-scale attacks on the Egyptian armed forces. In this regard, the group followed a strategy similar to its branches elsewhere such as Iraq, Afghanistan and Libya. The terrorist organization has intensified attacks in northern Sinai, especially following the coup in Egypt in 2013. One of the most significant attacks on military personnel took place in October 2014, killing at least 33 soldiers. The attack was a turning point for the Egyptian government’s strategy on Daesh. Consequently, Sissi intensified the struggle against the group by declaring a state of emergency in northern Sinai. However, Egyptian law enforcement agencies have not shown any significant success against Daesh in the past three years. In 2017, there were many Daesh attacks on Egyptian military personnel and the Coptic Christian community. Therefore, it has become a great challenge for the Sissi regime to rid Egypt of this menace.

Here, it is important to focus on the reasons for the failure of Sissi’s government’s strategy toward northern Sinai. It can be argued that one of the main reasons for the continuing violence there is the very strategy that the Sissi regime has been employing in its politics toward the region. In fact, the roots of the conflict in the region date back to previous Egyptian leaders, most importantly Hosni Mubarak. Northern Sinai has been historically deprived of development programs and is one of the most disadvantaged regions in the country. The Sissi regime has followed suit and paid little attention to the real problems of the region such as education, infrastructure, health and social welfare. Because of this security-centered approach of Sissi’s policies for northern Sinai, Cairo has neglected the real issues that are the main causes of the problems. With this approach, security forces employed harsh policies on the people, which further alienated local communities. Subsequently, these policies changed the perception of the people about the military as an institution that has always been respected in the country. When the Egyptian military decided to establish a buffer zone at the Gaza border, it forced thousands of locals to flee the region, instilling more hostile feelings toward the military. As a result, many of these displaced people have joined the ranks of radical organizations that fight against the Egyptian state. This was also the case when the Egyptian military demolished the tunnels to Gaza, which were lifelines for the region. Such policy choices, lack of a productive security strategy for the Sinai and mistreatment of the people in the region have increased the people’s dissatisfaction of the Sissi regime.

What does the future hold?

The authoritarian regime in Egypt has been facing tough challenges not only because of its ill treatment of security problems, but also other issues such as the economic crisis, violations of human rights and social injustice. The continuation of repressive policies prevents people in Egypt from trusting their leadership, which leads to further deepening of tension between the people and the regime in the country. Furthermore, the continuing oppression of the civil opposition, particularly the Muslim Brotherhood, and widespread human rights violations, has led to global criticism of the Sissi regime. Critics have raised their voice during the past few months as the Egyptian government has increased its authoritarian tendencies, which ultimately has dragged the country into economic failure. In particular, experts and commentators in the Western media who supported Sissi when he toppled the democratically elected president, Mohammed Morsi, are now sharp critics of the regime in Cairo. Many argue that the Sissi regime is not the solution in Egypt but a major part of the problem.

Finally, economic problems are also at the heart of dissatisfaction with the Sissi regime. The worsening economic situation since the 2013 military coup caused lower-income Egyptians, the largest segment of society, to grow hostile toward the Sissi regime. People have directed their anger at the financial reforms of the past years, which they consider the main cause for the economic failure. In particular, economic reforms carried out by the International Monetary Fund in the past two years have resulted in inflation, currency devaluation and cuts in state subsidies, making the lives of the most vulnerable in the country more difficult. Millions of people in big cities have started experiencing difficulties in accessing basic needs.

The condition of the Egyptian economy, ongoing violence in the country and increasing security concerns cause the future of Sissi’s regime to be further questioned. The latest attack in northern Sinai shows that the uncertainty of the Sissi regime will grow in the future.

OIC Istanbul summit and standing up for al-Quds
Previous