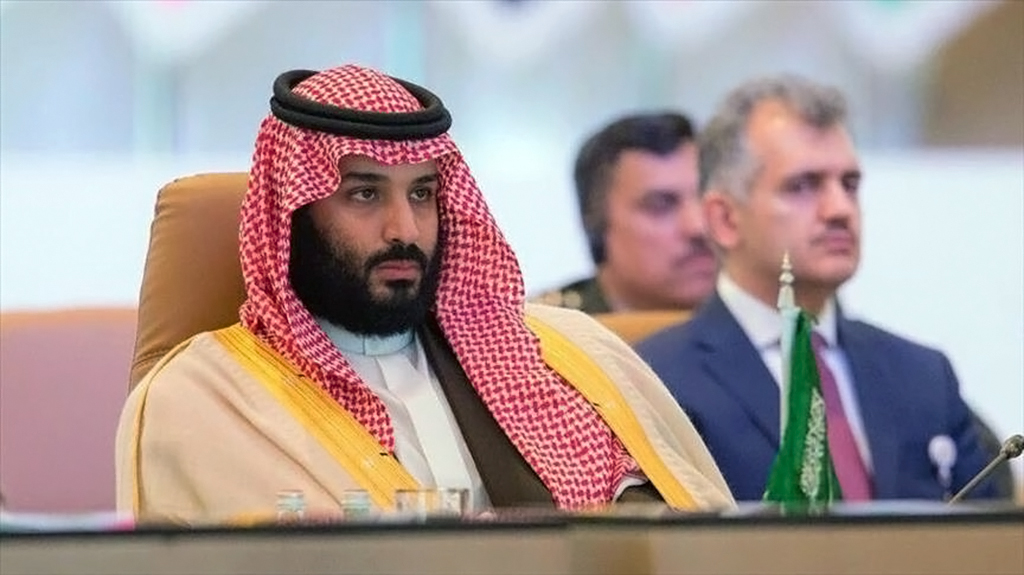 Riyadh’s latest moves and their ramifications

After the partnership between Saudi and the U.S., relations strengthened during the Salman period and Riyadh began to support the most secular groups in Syria

Ater Saudi Crown Prince Mohammad bin Salman (also known as MBS) was appointed head of the kingdom, becoming the strongest personality of the state, Saudi Arabia significantly restructured its domestic and foreign policies. Despite several drawbacks, such as the ineffective blockade against Qatar and the inconclusive military operation against Yemen, it continues to pursue an nontraditional, ambitious and perilous foreign policy in the Middle East. Two of the most recent developments indicate that Saudi Arabia continues to test its limits.

The first development is related to the Saudi interference in the Syrian crisis. Since the beginning of the crisis, Saudi Arabia has half-heartedly supported some opposition groups in Syria. After the development of the Saudi-Israeli-American relations during the MBS period, Riyadh has started to follow in the footsteps of its two new partners. Because of the restructuring of its policy, Saudi Arabia began to support the most secular groups in Syria.

In the line with this new policy, Saudi officials met with the Syrian Democratic Forces (SDF), which is dominated by the PKK-affiliated Democratic Union Party (PYD) and its armed wing, the People’s Protection Units (YPG). The outlawed PKK is considered as a terrorist organization by Turkey, the U.S. and the EU. Saudi Arabia has agreed to fund the Border Guard Forces, a projected 30,000-border force to be formed along the Turkish border. Saudi Arabia has sent aid to these U.S.-backed, anti-Turkish forces, which are mainly composed of PYD and PKK militants.

In October 2017, Thamer al-Sabhan, the Saudi minister of Gulf affairs, visited Raqqa, a city under the control of SDF, PYD and YPG militants. Furthermore, it is claimed that Saudi military consultants set up checkpoints in PYD-controlled cities to recruit militants. The ultimate Saudi aim is to replace the U.S. forces in Syria and increase its regional presence. Nevertheless, taking into consideration the fact that the Saudi army is quite weak, the effectiveness of this action is questionable.

Thus, Saudi Arabia has been trying to satisfy the expectations of U.S. President Donald Trump’s administration and Israeli Prime Minister Benjamin Netanyahu’s government at the expense of its relations with Turkey. Saudi Arabia and some Arab states, such as the United Arab Emirates (UAE) and Jordan, claim their aims are to establish an Arab force that will contribute to the normalization of Syria. However, they recruit militants from the PYD and YPG, which is not an Arab force and whose aim is not the normalization of Syria. The Saudi military consultants met with the Al-Sanadid forces, an Arab militia group under the SDF known for its anti-Wahhabi and anti-Saudi position. Turkey strongly rejects any international intervention that supports PYD and PKK militants on its border. That is, out of all the actors in the region, the Saudi move only harms Turkey.

The second Saudi move is a reaction to the possible Qatari acquisition of the S-400 air defense system from Russia. Saudi Arabia along with three other states, namely the UAE, Bahrain and Egypt, have been implementing blockades against Qatar for the last year. Due to the ineffectiveness of the blockade, the countries were forced to take further measures.

Saudi Arabia has threatened military action against Qatar if Doha acquires the S-400. In this context, Saudi King Salman wrote a letter to French President Emmanuel Macron expressing his “profound concern” with talks going on between Russia and Qatar for the deployment of an air defense system in Qatar. King Salman asked Macron to increase pressure on the Qatari government to prevent Doha from acquiring the system, which the Saudi leader claims threatens Saudi security interests. As written in the letter, King Salman declared that if Qatar acquires this air defense system, “The kingdom would be ready to take all necessary measures to eliminate this defense system, including military action.”

However, Saudi Arabia signed an agreement with Russia in October 2017 to purchase the same system. Saudi Arabia initiated a process to get the long-range anti-aircraft missile system from Russia to fortify its air defense system and diversify its sources. Based on this rationale, the Saudis have legitimized their acquisition of the S-400 system. Currently, the two countries are in the final stage of negotiations and are currently discussing the technical and logistical issues of the deal.

The new Saudi political understanding and regional perspective has begun to harm regional countries. If Riyadh continues these destabilizing moves, regional countries will begin to isolate Saudi Arabia. Eventually, when other countries begin to retaliate, the Saudi kingdom may face many challenges. At the very least, cooperating with the Israeli state and Trump’s unilateralist America may cause legitimacy problems for the Saudi regime.

In the home stretch, presidential candidates will focus on new vs. old system
Previous

Perspective: The Manbij Agreement and Beyond
Next
Loading...
Loading...
We use cookies to ensure that we give you the best experience on our website. If you continue to use this site we will assume that you are happy with it.Ok