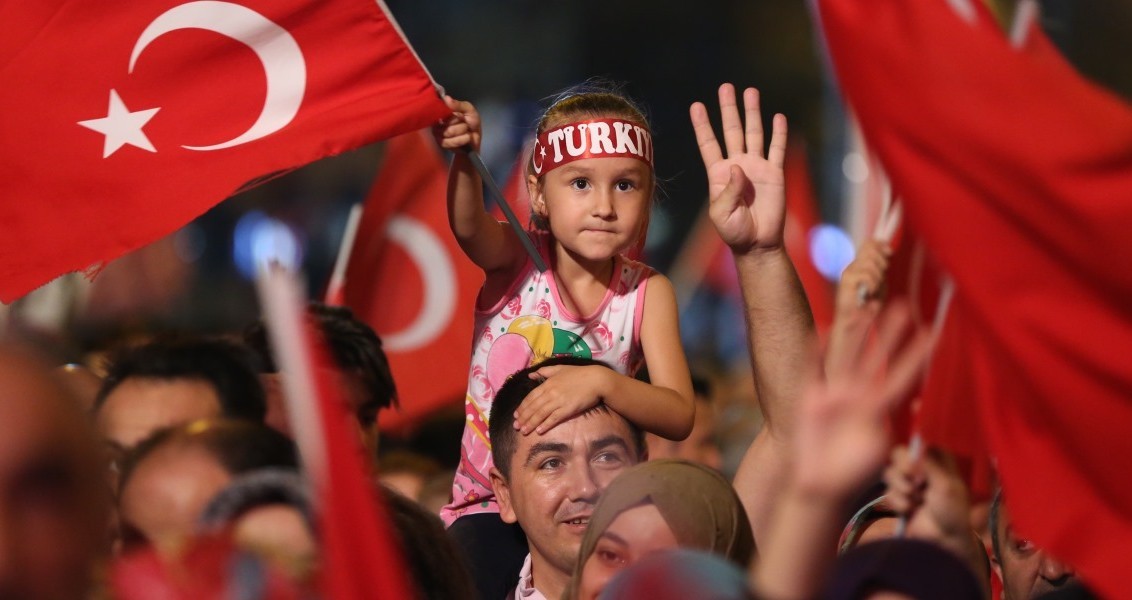 Over the weekend, the Turkish people remembered the July 15 coup attempt and took pride in their ability to thwart that heinous attack against democracy thanks to their patriotism.

We showed everyone that we would stand up for what the late Cemil Meriç called “this country.” Although we remained alert, the first anniversary of the coup attempt was an opportunity to celebrate our democratic resistance. Together, we gathered again wherever the coup plotters targeted our state, our democracy and our homeland – in front of Parliament, on the Bosporus Bridge, now known as the July 15 Martyrs Bridge, next to the Presidential Palace complex and in public squares across the Anatolian heartland against the backdrop of the calls for prayer. Together, we prayed for the heroes who stood up to tanks and took bullets to defend our country.

We shall remember to tell future generations about the night of July 15, and the morning after. We shall place the July 15 civilian resistance at the heart of our national identity. In order to protect Turkey, our only sanctuary, from all forms of attacks, it is imperative that July 15 become a cornerstone of our political consciousness. By turning the thwarted coup in to a founding symbol of our identity, we must make it part and parcel of the socialization process of every citizen.

From textbooks to documentaries to films and academic studies, we must use July 15 as the compass of our political and social thought – which I call “sheltering July 15.” To be clear, the term does not refer to a short-lived emotion, but rather part of a long-term, founding consciousness. And I believe that we must preserve the sense of vigilance that accompanied the democracy watch events in the aftermath of the thwarted coup.

Just as the political consciousness that stemmed from the December 2013 judicial coup attempt ultimately drowned the July 15 putsch, so, too, will this sense of vigilance safeguard our country from turbulence ahead and secure our future. It is therefore that we must remain alert against domestic and international attacks intended to discredit the July 15 democratic resistance.

There are two main reasons why this is necessary. First, it is important to note that the people who silently observed the coup attempt and argued that it would serve the interests of President Recep Tayyip Erdoğan to continue to push the same narrative. A quick look at media reports from Europe and the U.S. over the past few days reveal that in the face of overwhelming evidence, they still argue that the coup’s mastermind remains unclear, the domestic opposition is getting stronger and Erdoğan is moving toward dictatorship. At the same time, there have been efforts to counterbalance the July 15 resistance with the claim that a civilian coup had taken place in Turkey on July 20, when the state of emergency was declared.

The democracy watches, which continued for 27 days after the abortive coup, were motivated by the participants’ love of country. What led people to take to the streets were the calls to prayer recited from mosques and the president’s message for them to do so.

Having left my home to join the resistance on what was then called the Bosporus Bridge after hearing Erdoğan’s message, I personally witnessed the spirit of the democracy watch and the vigilance of my countrymen. Surrounded by the elegance of people who were unafraid of bullets, I kept telling myself that images of tanks stationed on the bridge simply did not fit Turkey. At that point, people from all backgrounds were prepared to make sacrifices in order to make sure that Turkey would not become the next Syria. When the coup plotters ultimately surrendered, I saw compassion in the eyes of the civilians who handed them over to the authorities. At first light, the bridge – the pearl of the Bosporus – had become a badge of honor for the martyrs. And when I saw young people climbing on tanks, I thanked the Lord, for I had witnessed something worthy of my country.

The Battle over July 15
Next
Loading...
Loading...
We use cookies to ensure that we give you the best experience on our website. If you continue to use this site we will assume that you are happy with it.Ok