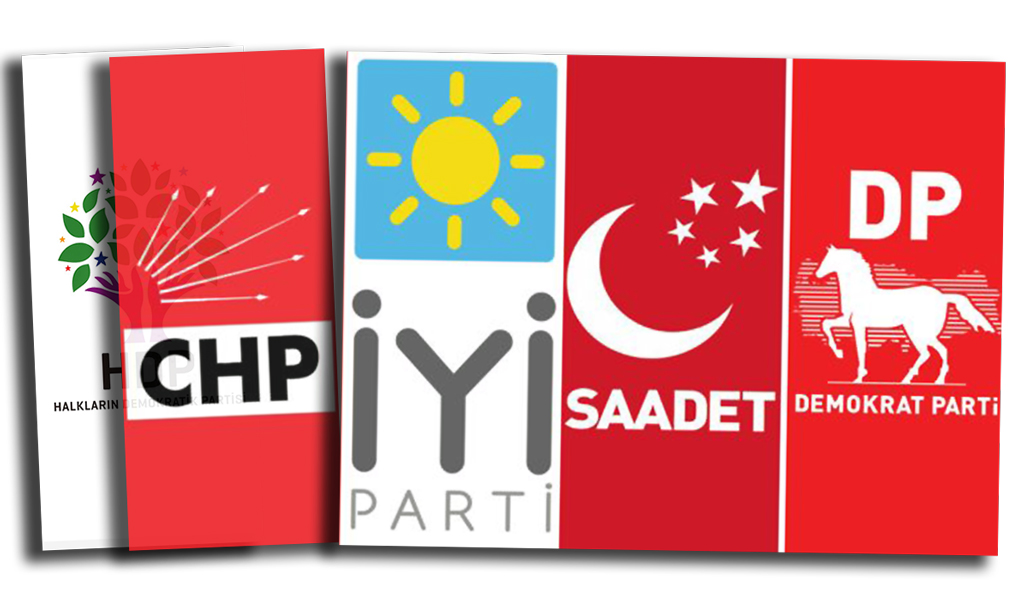 With allegations of a coup d’etat in the making and claims of an early election in the works, there is increased activity in Turkey’s national political arena, as rumors circulate around competing electoral alliances.

With allegations of a coup d’etat in the making and claims of an early election in the works, there is increased activity in Turkey’s national political arena, as rumors circulate around competing electoral alliances.

Meral Akşener, the Good Party’s (IP) chairwoman, sparked controversy among opposition leaders by excluding the Peoples’ Democratic Party (HDP) from proposed all-party talks regarding post-COVID-19 economic recovery, citing that the party’s affiliation with the terrorist organization PKK. HDP politicians retaliated by revealing that Akşener’s party had actively cooperated with them prior to last year’s elections through intermediaries.

Obviously, the Good Party chairwoman must have anticipated the HDP’s reaction. Her purpose wasn’t to highlight the HDP’s marginalization due to its terror links. Akşener was fully aware, too, that the People’s Alliance – comprised of the ruling Justice and Development Party (AK Party) and the Nationalist Movement Party (MHP) – would use those remarks against her. Instead, her objective is to mitigate the political cost of her indirect partnership with the HDP and carve out some room to maneuver.

Some observers interpreted Akşener’s move, which raised fresh questions about the HDP’s legitimacy, as a sign of her eagerness to join the rival People’s Alliance. She was promptly accused of “looking for a seat at the Presidential Palace’s table.” Yet the Good Party chairwoman’s strong emphasis on the need to restore the parliamentary system in Turkey rules out that possibility. Nor would the AK Party make such a controversial move, which would unsettle the MHP leadership.

In a way, Akşener attempts to reposition herself within the Nation Alliance, which has been all over the place since last year’s elections. Hinting that she could veto an attempt by the HDP to formally join forces with the Republican People’s Party (CHP), the Good Party and the Felicity Party (SP) under a so-called alliance of democracy, she strengthens her hand ahead of potential negotiations. At the same time, Akşener lays the groundwork for engagement with recently established political parties.

For the record, I disagree with the view that the 2023 elections will take place earlier than planned. Yet the opposition will obviously do everything in its power to force an early election. They will seek to exploit the COVID-19 pandemic’s negative impact on the Turkish economy to mobilize their voters. Indeed, the memory of CHP officials hinting at the possibility of a popular uprising or coup attempt is still fresh.

Which alliances will contest the next presidential election remains the subject of heated debate. Will the People’s Alliance and the Nation Alliance compete against each other, as they did in recent elections, or will there be a third group? Major political parties have already taken steps to preserve their existing alliances and to find additional partners. There will be plenty of activity in the political arena, but a new alliance is unlikely to emerge unless there is an election on the horizon.

CHP Chairman Kemal Kılıçdaroğlu, too, intends to incorporate recently formed political parties into the pro-opposition Nation Alliance. He is willing to bend over backward to turn his party’s victories in municipal elections in Istanbul and Ankara into a fresh strategy for the next presidential race. A Turkish columnist recently alleged that the CHP leadership would consider “lending” some parliamentarians to the two new parties – just as the main opposition party assisted the Good Party in recent years. That indirect offer of support serves as a reminder to Akşener and reiterates Kılıçdaroğlu’s long-standing quest to build bridges with the new parties.

Kılıçdaroğlu, who wants to keep the Nation Alliance intact, is fully aware how much the anti-Erdoğan bloc depends on the HDP’s unofficial cooperation. Nor would he desire the emergence of a third alliance, but he would try to keep it close to the opposition on the basis of anti-Erdoğanism and the parliamentary system’s proposed restoration. One way or another, the main opposition leader has no choice but to stomach Akşener’s latest moves and to grant tacit consent to the deepening of HDP’s marginalization in Turkish politics.

Will a third alliance contest Turkey’s next election? More on that next week.

What went wrong in US?
Previous

Is a new electoral alliance in the making under Meral Akşener?
Next
Loading...
Loading...
We use cookies to ensure that we give you the best experience on our website. If you continue to use this site we will assume that you are happy with it.Ok