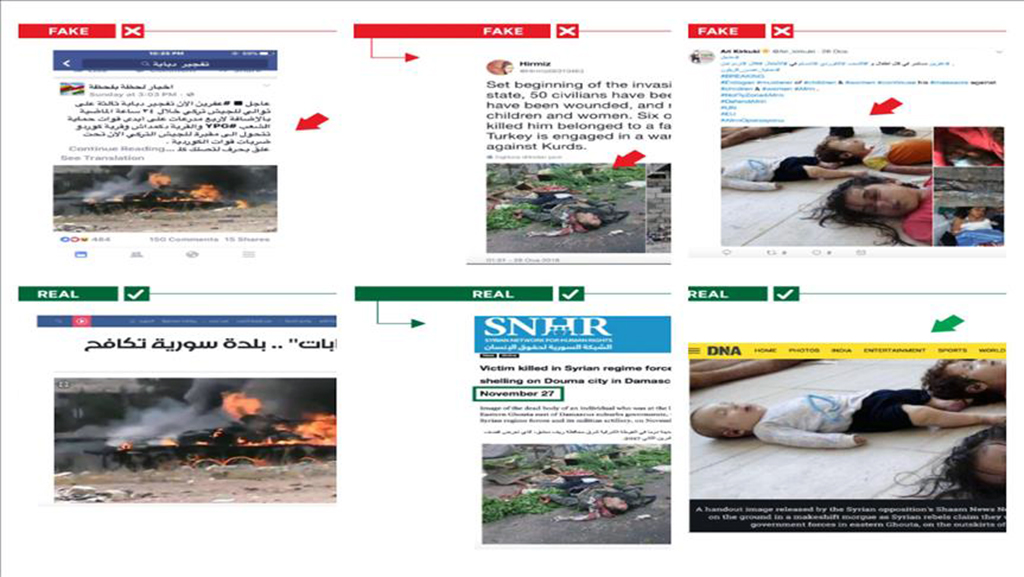 Can Acun, a foreign policy researcher at the Ankara-based Foundation for Political, Economic and Social Research (SETA), said the PKK/PYD/YPG terror group has a formidable media network.

The terrorist PYD/PKK has an international misinformation campaign resulting in some world media outlets and politicians accepting and spreading their lies, according to experts who spoke to Anadolu Agency.

Supporters of the terrorist group use fake images and statements with the support of some foreign countries, they said.

Some European lawmakers back the distorted reality pushed by the disinformation campaign, ignoring the terror group’s human rights violations, drug dealing, and war crimes, they argue.

The lawmakers in question post lies and fake images unrelated to Turkey’s current Operation Olive Branch in northwest Syria in favor of the terror group and against the operation, say the experts.

Can Acun, a foreign policy researcher at the Ankara-based Foundation for Political, Economic and Social Research (SETA), said the PKK/PYD/YPG terror group has a formidable media network.

He also accused Iran and the Gulf countries of backing the terror group’s smear campaign, adding: “Especially journalists and media outlets, who are PKK sympathizers in the West, help this disinformation campaign.”

According to the Turkish General Staff, the operation aims to establish security and stability along Turkey’s borders and the region as well as to protect Syrians from terrorist oppression and cruelty.

The operation is being carried out under the framework of Turkey’s rights based on international law, UN Security Council resolutions, its self-defense rights under the UN charter, and respect for Syria’s territorial integrity, it said.

The military has also said that only terrorist targets are being destroyed and “utmost importance” is being put on avoiding harming civilians.

Why is America alone?
Previous