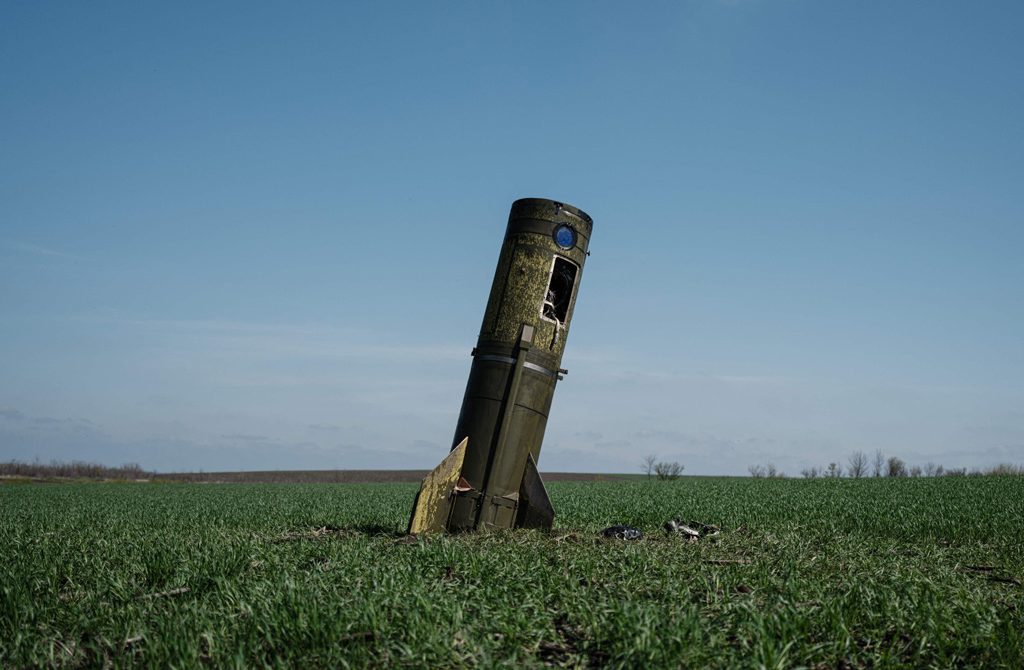 A Russian ballistic missile's booster stage that fell in a field in Bohodarove, eastern Ukraine, amid the Russian invasion of Ukraine, April 25, 2022. (AFP Photo)

Prolonged war has changed the balance in Ukraine

The Ukraine war has changed the expectations of both the U.S. and Russia and thus all balance on the ground

The U.S. government sent Secretary of State Antony Blinken and Defense Secretary Lloyd Austin to Ukraine to meet with Ukrainian President Volodymyr Zelenskyy. Their meeting with Zelenskyy lasted for almost three hours. This was the first American official visit to Ukraine since the beginning of the Russian invasion on Feb. 24. The visit came just after U.S. President Joe Biden’s declaration of the allocation of an $800 million aid package to Ukraine. The Cabinet secretaries have promised that this new aid package would be used for the support of Ukraine.

It is obvious that the current situation on the ground was and is a surprise for both Russia and the Western countries. Both the Russian intelligence and the Western calculations have failed to foresee the brave resistance of the Ukrainian people. Nowadays, both sides have begun to recognize the realities on the ground, the Russian failure to overthrow the Ukrainian government.

On the one hand, Russia has given up its bid to capture the Ukrainian capital Kyiv and overthrow the government. Accordingly, it has withdrawn its forces from the regions surrounding the capital to the eastern part of the country. Nowadays, Moscow is intensifying its attacks in the Donbass region and southern Ukraine.

As mentioned by Blinken, “Russia has already failed” in its war objectives in Ukraine. The Ukrainian leadership has successfully resisted the Russian invasion. Besides seeing the realities on the ground, the visit of U.S. Cabinet secretaries can be read as a message to show the Russian failure to the outside world.

The more Russia is cornered and the more it gets in trouble, the more aggressive rhetoric its leaders use and the more irrational explanations they make. For instance, the first reaction of the Russian officials to the unexpected Ukrainian resistance was the possible use of nuclear weapons. When Russia failed to reach its aims as projected, Russian officials raised the stakes of the conflict.

The longer the war drags on, the more enraged the Russian authorities become, the more they lose their temper and the more aggressive they become. Under these new negative conditions, Russian officials have begun to threaten Western countries sending weapons to Ukraine with a possible World War III. The stalemate in Ukraine has raised fears of a possible confrontation between Russia and the U.S., the two strongest armies and nuclear powers in the world.

In addition, weapon supplies to Ukraine by the Western countries have increased the cost of the invasion for Russia, and as a reaction, the Russian authorities have decided to raise the stakes further. The U.S government alone has provided nearly $4 billion in military aid to Ukraine since the beginning of the Russian invasion. As a response to Western countries supplying arms to Ukraine, Russian officials have begun to threaten to expand the war into Eastern European countries providing direct or indirect support to Ukraine.

All in all, the prolonged war in Ukraine has changed the expectations of both the U.S. and Russia. On the one hand, the U.S. has given up its aim of making Ukraine a NATO member. Reflecting the new American political discourse towards Ukraine, Austin said the U.S. “wants to see Ukraine remain a sovereign country … able to protect its sovereign territory.” It is noteworthy that Ukraine’s NATO membership is no longer mentioned by U.S. officials.

On the other hand, Russia has given up its aim of overthrowing the legitimate Ukrainian government and replacing it with a puppet pro-Russian one. Unable to seize the entire state, the Russian authorities have decided to further shrink and weaken the country that they had previously divided.

Report: Unpacking the Debate on Turkish Drones
Next
Loading...
Loading...
We use cookies to ensure that we give you the best experience on our website. If you continue to use this site we will assume that you are happy with it.Ok