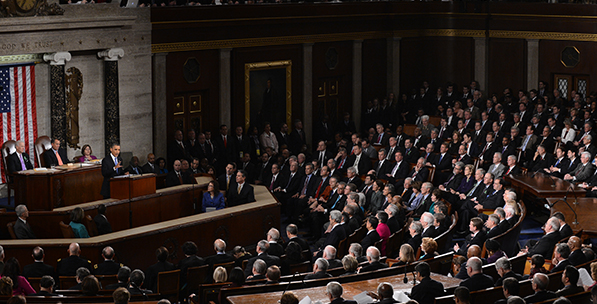 Thanks to the spread of social media and the excessive number of news outlets around the world, in the last few election campaigns, people around the world have started to become more familiar with the main debates in U.S. politics.

The presidential race in the U.S. Has commenced. One after the other candidate has begun to announce their candidacy to run. Not only people in the U.S., but also many around the world will be watching the candidates closely, as well as their campaigns, the primaries and the elections. The messages of the campaigns and their foreign policy platforms will be discussed widely over the next 18 months.

In the last few elections, the presidential race and debates between candidates have caused more harm than good for the image of the U.S. around the world. On the one hand, it demonstrated some Republican presidential candidates’ lack of knowledge about the world. Although voters in the U.S. reacted equally negatively to these candidates, it nevertheless showed the world that those who are running for the highest office of the global superpower can be indifferent to world affairs. An example of this situation was Herman Cain, then one of the frontrunners in the Republican Party’s presidential primaries, responding a question about “gotcha questions” by saying that he does not need to know the leaders of “small and insignificant countries” like Uzbekistan without knowing much about the country or the U.S.’s relations with it. Later he also made another gaff when he could not say why he was against President Barack Obama’s handling of the crisis in Libya.

In addition to this lack of knowledge about different parts of the world, debates during the primaries and the candidates’ attempt to win the votes of specific factions within their party was disheartening for millions around the world. Debates about the waterboarding and the profiling of Muslims in the last presidential election were some of the instances of public relations catastrophes for the U.S. In one of the debates between the Republican candidates, another frontrunner, former Pennsylvania Senator Rick Santorum suggested that Muslims need to be profiled by the U.S. government in order to prevent a potential terrorist attack. During the campaigns, Cain also said that he would not appoint a Muslim to the cabinet and later changed his statement and said Muslims should take a special loyalty oath before their appointment. There were also comparisons of Muslims with Nazis by presidential candidates, such as Newt Gingrich, during the Republican debates.

Many around the world hear these statements with shock, and viewed how these opinions became mainstream with the help of these candidates. The Republican candidates also made specific statements about U.S. allies that generated negative feelings for the U.S. in some countries. For instance, in one of these debates, Texas Governor Rick Perry responded to a question about Turkey by saying that Turkey was ruled by Islamic terrorists. Then in an interview he tried to explain this statement by arguing that the Turkish government supports honor killings.

Those who made these statements obviously could

Changing Nature of Development Aid from Past to Future
Previous

Natural Disaster as the Common Enemy of Asia
Next
Loading...
Loading...
We use cookies to ensure that we give you the best experience on our website. If you continue to use this site we will assume that you are happy with it.Ok