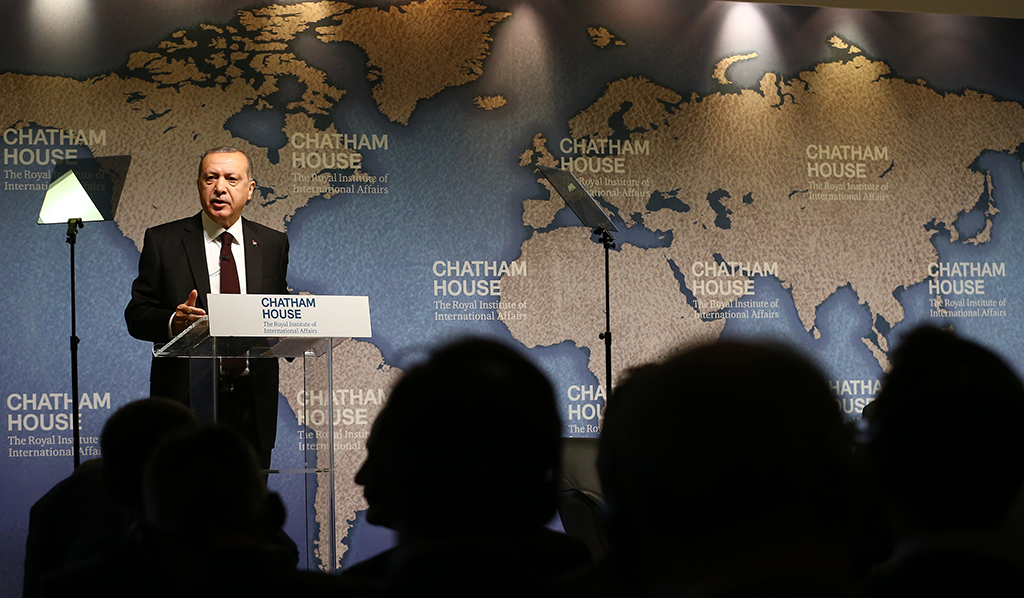 Turkey has been consistently improving bilateral ties with countries like the U.K. and yet opposition political figures desperately complain to foreign governments about the current government instead of reaching out to their own people

In a recent opinion piece for The Guardian, Turkish novelist Ece Temelkuran urged Queen Elizabeth II to “please tell [President Recep Tayyip] Erdoğan ‘enough’ when he pops in for tea” and effectively begged her to save Turkey from its democratically-elected president.

Asking a monarch, who has been reigning for decades, for help against an elected leader in the name of democracy was, to say the least, a new low for the Turkish opposition. Provided that Turkey will hold a presidential election on June 24, I would recommend reaching out to the people instead of trying to talk to Queen Elizabeth – if opposition figures indeed have anything to say to Turkish voters, that is.

Close followers of Turkish politics would remember that the same group of people penned a letter to German Chancellor Angela Merkel in an attempt to talk her into canceling a pre-scheduled trip to Turkey ahead of the Nov. 1, 2015 elections. They begged her to postpone her trip, which, they said, would serve the interests of the Turkish president.

Sadly enough, Turkey’s immoral opposition figures have not changed their ways since then. They repeatedly tried to ensure that Turkey would suffer – a shameless act they justified by saying that Mr. Erdoğan, too, would lose in the process. In the end, though, their actions hurt the country and its citizens.

Today, it is perfectly clear that Turkey’s opposition figures are a little soft in the head. Every day, they come up with more and more ridiculous ways to embarrass themselves. By contrast, President Erdoğan remains committed to a realistic policy agenda that serves the national interests of his country. On Sunday, he arrived in London, where I have been for several days now to attend the British-Turkish Tatlıdil Forum. Mr. Erdoğan on Sunday evening attended the closing dinner of the event and delivered an important speech.

The Turkish president’s address provided a comprehensive analysis of the post-Brexit period. It is important to note that Britain’s departure from the European Union could present Turkey with significant opportunities if managed properly.

Otherwise, it would entail certain risks for our country. After all, Britain was a vocal supporter of Turkey’s EU membership bid and Brexit deprived the Turks of their most important ally in Brussels. Ironically, however, Turkey’s relationship with Britain significantly improved, as it was liberated from the restrictions and baggage of the European Union.

In recent years, there has been a steady increase in bilateral trade as well as joint projects in the defense industry. It goes without saying that London’s response to the July 15, 2016 coup attempt in Turkey played a huge role in this process. Just like Russia, Britain unmistakably sided with Turkey’s democratically-elected government against the coup plotters.

The Turkish president proceeded to deliver a speech at the Chatham House Monday; he also met with senior executives from Britain’s leading corporations and gave an interview to Bloomberg. He then held a meeting with Prince Charles. On Tuesday, Mr. Erdoğan is scheduled to return to Turkey after meeting with British Prime Minister Theresa May and Queen Elizabeth II.

There used to be a time in Turkey when life itself would come to a screeching halt ahead of elections. The country’s foreign policy, along with all domestic politics, would stop overnight. As such, it is noteworthy that Turkey maintains its focus on its foreign policy goals even though Parliament recently called for early elections.

Is Erdoğan playing defense on the campaign trail?
Previous

President Erdoğan's UK trip and the Jerusalem question
Next
Loading...
Loading...
We use cookies to ensure that we give you the best experience on our website. If you continue to use this site we will assume that you are happy with it.Ok