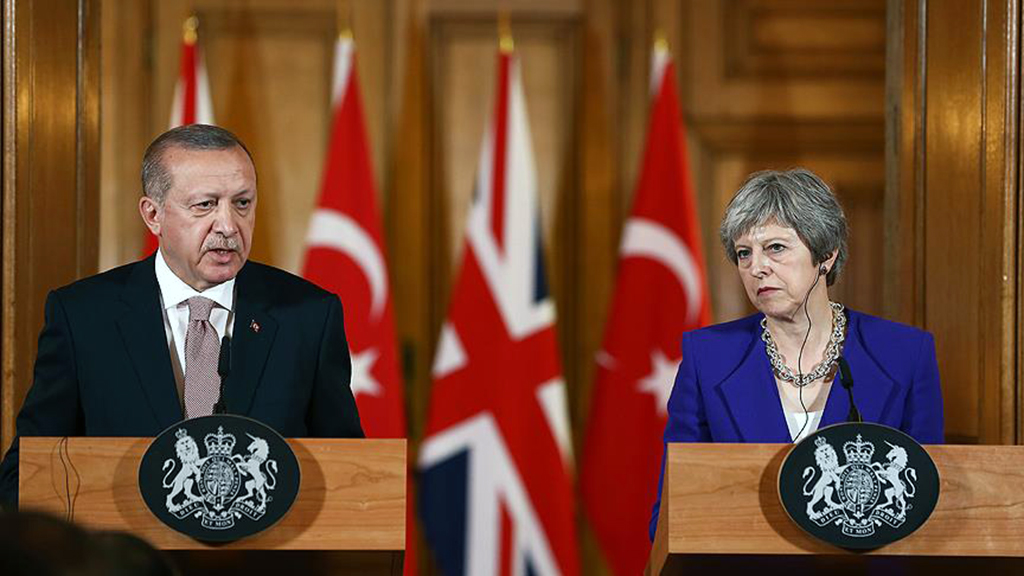 The U.S. government's decision to move its embassy to Jerusalem is a turning point in history and will fuel instability and violence in the Middle East

I spent the past couple of days in London as part of President Recep Tayyip Erdoğan’s official delegation. Delivering speeches at the British-Turkish Tatlıdil Forum, the Turken Foundation and Chatham House, the Turkish leader focused on deepening the emerging “strategic partnership” between his country and the United Kingdom, which is currently trying to leave the European Union. Undoubtedly, the same message was delivered to Queen Elizabeth II and Prime Minister Theresa May on Tuesday.Recalling London’s support to the resistance against the coup attempt on July 15, 2016, President Erdoğan stressed that Turkey and Britain had a range of shared interests in an increasingly unpredictable world. Part of the proposed partnership relates to bringing together British financial capital with Turkey’s operational capabilities in the Middle East.

At the same time, the Turkish president wanted to discuss what Ankara and London could accomplish together in the area of politics and diplomacy in an increasingly chaotic region. As the leaders of two countries that are located at the far-western and far-eastern corners of Europe held talks in London, the world’s attention was captured by two decisions made by U.S. President Donald Trump: Washington’s withdrawal from the Iran nuclear deal and the relocation of the U.S. Embassy in Israel to Jerusalem.

With the exception of Mr. Trump and members of his inner circle, who only seem to care about American interests, nobody seems to doubt that the Trump administration’s most recent moves will fuel instability and violence in the Middle East. Provided that Washington fueled quite a bit of violence back in the day, when it hoped to create order in the region, there is no doubt that the region could end up somewhere quite scary thanks to Mr. Trump’s misguided decisions. Having withdrawn from the Iran nuclear deal, the U.S. president prays that economic sanctions will incite a popular rebellion and lead to regime change in Iran. In truth, however, there is reason to believe that conservatives are becoming more influential in Tehran, as hostilities between Iran and Israel edge toward a hot conflict in Syria and Lebanon.

Again, the Trump administration’s decision to change the legal status of Jerusalem in violation of multiple U.N. resolutions paved the way to a new massacre by Israeli forces in Gaza and the West Bank. On Monday, no less than 61 Palestinians were killed by Israel. Obviously, Washington’s move to recognize all of Jerusalem as the capital of Israel on the 70th anniversary of the country’s independence might seem like a good thing for Tel Aviv. It was therefore that Israeli Prime Minister Benjamin Netanyahu described the dedication ceremony of the U.S. Embassy, which Mr. Trump’s daughter and son-in-law attended, as history in the making. For most of the world, however, the most recent developments are testament to the absence of justice and righteousness in the international system.

This is indeed a turning point in history. The U.S. chooses to ignore its global responsibilities as a superpower along with the objections of its allies. At the same time, Europe proved unable to uphold the increasingly unstable international order. Finally, for the Muslim world and millions of Palestinians, this is the day of Nakba all over again.

The Trump administration’s Jerusalem move and its implementation took place at a noteworthy moment for the Arab world. At a time when Saudi Arabia, the United Arab Emirates and Bahrain side with Israel against Iran, the Palestinian and Jerusalem cause suffers new setbacks. As Israel took the two-state solution off the table, Arab leaders were standing in solidarity with Tel Aviv rather than Palestinians. In the end, the Turkish president alone made the case that East Jerusalem was the capital of the State of Palestine in line with the 1967 borders. During his visit to Britain, Mr. Erdoğan thus repeatedly stressed that Washington’s decision was a mistake: “The United States opted to be part of the problem and forfeited its role as a mediator in the Middle East peace process. I would like to note that this step does not serve humanity’s peace. Quite the contrary, it is like lighting a fuse to fuel chaos in the region and ensure that all of the region and humanity fight each other.”

In the Middle East, the “Trump effect” translates into escalating tensions and violence. A wind is blowing in the region that undermines the legitimacy of Arab and Gulf governments and serves the interests of Israel. At the same time, it creates a radicalizing environment off of which Iran could easily feed. As President Erdoğan issued his warning to people around the world, let us hope that European governments will have the courage to take action.

Trump's arrogance and Israeli violence
Next
Loading...
Loading...
We use cookies to ensure that we give you the best experience on our website. If you continue to use this site we will assume that you are happy with it.Ok