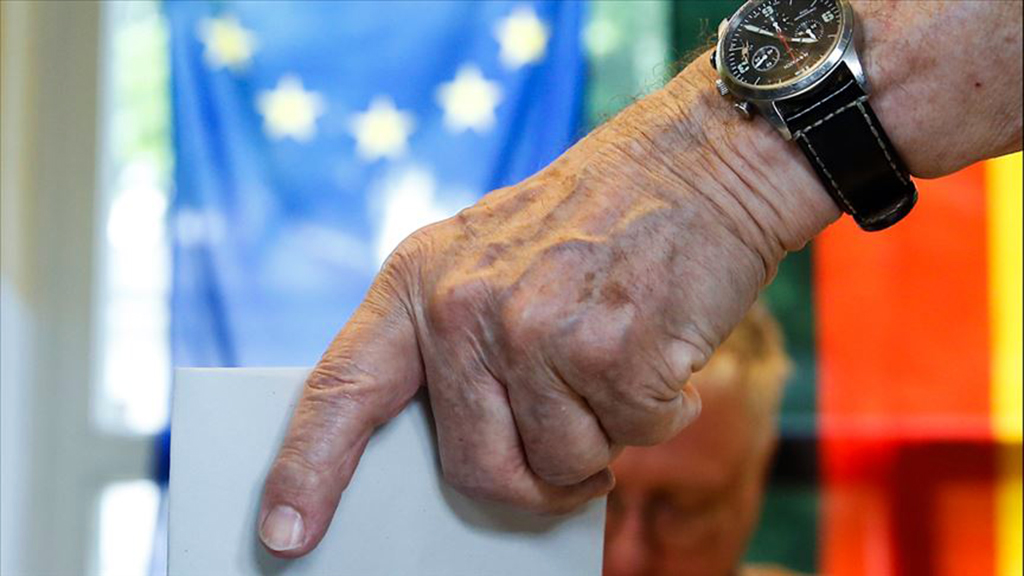 The latest wave of ultranationalism, xenophobia and anti-Islamism in Europe has been threatening the very essence of modern values and institutions, namely the liberalism and internationalism mainly represented by the EU.

The latest wave of ultranationalism, xenophobia and anti-Islamism in Europe has been threatening the very essence of modern values and institutions, namely the liberalism and internationalism mainly represented by the EU. The increasing power of these groups was reflected in the latest European Parliament elections. The European Parliament elections, which were seen as a battle between anti-European ultranationalist populists and pro-European groups, were held last week. More than 200 million constituents from 28 countries voted in the elections. The turnout, 51%, was relatively high, the highest among the last four elections, mainly as a result of the increasing interest of the anti-European groups.

According to the results, even though the two mainstream groups, namely the center-right and the center-left, in the European Parliament remained the largest political coalition after the elections, these two political blocs have lost ground and the majority in the Parliament. The center-left Socialists and Democrats (S&D) won 147 seats, and the center-right European People’s Party (EPP) secured 182. They will have to reach out to liberals, namely the Alliance of Liberals and Democrats for Europe group (ALDE), which has increased its number of seats from 69 to 109, to achieve the majority and to exclude the far-right from the decision-making process. That is, the three mainstream parties still enjoy the majority in the 751-seat European Parliament.

The Iberian Peninsula and Scandinavia emerged as a hope for European social democrats. Spain is the only major European country in which a center-left political party came first in the elections. The Socialists led by Prime Minister Pedro Sanchez received more than 33% of the votes. Similarly, the Socialist Party obtained more than 33% of the vote in Portugal, while the conservative Social Democratic Party received 22% of the vote, the leftist bloc got about 10%. Social democrats came first also in Denmark and Sweden.

The radical left and right-wing political parties have dramatically increased their power. Left-wing political parties such as the Green Party increased its seats from 52 to 71. The Green Party doubled its votes in Germany and received the second-highest votes only after the center-right bloc. The biggest surprise was the victory of the center-left party in the Netherlands. The pro-EU parties received 70% of the vote. The socialist Dutch Labor Party won four seats, while the center-right party of Dutch Prime Minister Mark Rutte won only one seat. The vicious anti-Islam party, the Party for Freedom of the notorious Geert Wilders, lost three out of four of its seats in the Parliament.

However, the real winners of the elections were the ultranationalist and right-wing populist parties. A strong far-right political alliance will dominate the discussions in the Parliament. Far-right parties secured the lead in three large European countries, the U.K., France and Italy. France’s Marine Le Pen’s far-right party came first in the elections, ahead of President Emmanuel Macron’s liberal party. In Italy, the far-right League became the largest party in the European elections. It garnered more than 26% of the vote. More interestingly, the Brexit Party got one-third of the votes in the elections in the U.K. The traditional two strongest parties in the U.K., namely the Conservatives and the Labor Party, came in fifth and third, respectively. The pro-EU Liberal Democrats came in second and the Greens secured fourth place.

The European Parliament, one of the main institutions of the EU, will now face a fierce challenge from its own members. Many members of the Parliament belonging to far-right political parties do not believe in the EU mindset, i.e. multiculturalism and liberal values. While the majority of Europeans still believe that their economic and security interests can be maximized the best through the EU, an increasingly powerful far-right and ultranationalist coalition is strongly anti-EU and favors nationalism over the internationalism represented by the EU. It seems that the secessionist ultranationalist political parties will continue to increase their power and pose a threat to the future of the EU. The pro-EU parties need to improve the pan-European perspective and to emphasize the culture of peaceful coexistence and respect for others. It is necessary that centrist political parties cooperate with liberals and leftists and marginalize the ultranationalist bloc across the European continent.