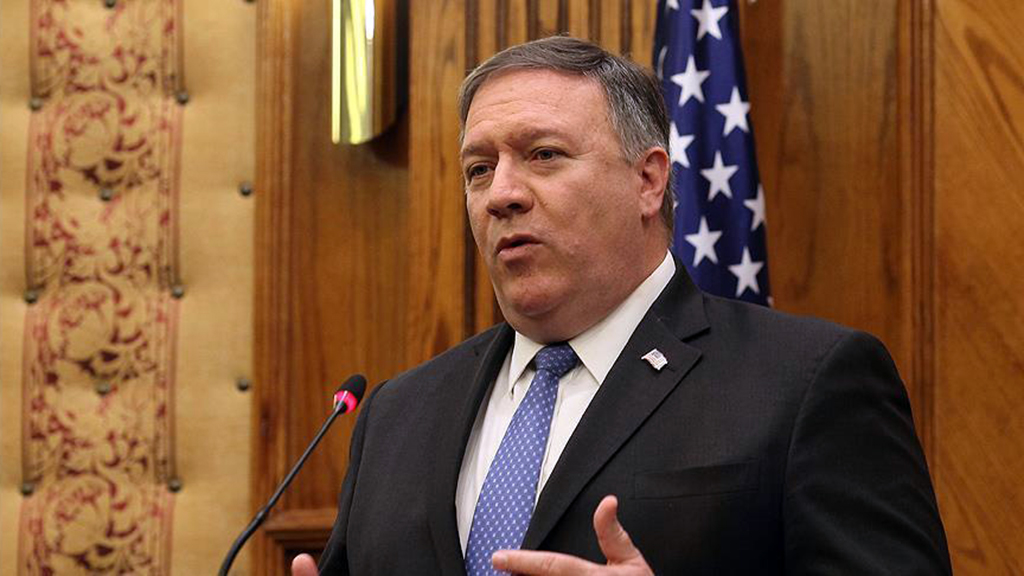 The Trump administration's new Iran strategy, as highlighted by Pompeo in his first public speech, will negatively affect the lives of ordinary Iranians rather than the ruling elites

In his first public speech as U.S. Secretary of State Mike Pompeo made important statements outlining the Donald Trump administration’s new strategy toward Iran. In his Heritage Foundation speech “After the Deal: A New Iran Strategy” Pompeo signaled a radical change in the U.S.’ strategy toward Iran. The highlight of Pompeo’s speech was the list of 12 “basic demands” from Iran.

A week after Trump’s withdrawal from the 2015 Iran nuclear deal, Pompeo outlined the terms of a new agreement with Tehran. Pompeo demanded Iran stop supporting its proxies and allies in Syria, Yemen, Lebanon, Iraq, Afghanistan, Palestine and elsewhere. Pompeo’s 12 demands also included ending uranium enrichment and its missile program. Pompeo also threatened Iran with maximum pressure and strengthened sanctions if Iran does not accept the demands.

The Trump administration’s Iran strategy opposes former U.S. President Barack Obama’s Iran policy. The Obama administration wanted to reintegrate Iran into the international system and the regional balance of power by legitimizing it with the Joint Comprehensive Plan of Action (JCPOA). Obama and the signatories of the JCPOA expected a gradual change in Iran’s political system and Iran’s regional posture. More moderate factions within the Iranian political spectrum were expected to play increasing roles after the signing of the JCPOA but those expectations went unfulfilled. The Trump administration argued that the Iran nuclear deal had backfired and that it had instead strengthened Iran’s regional ambitions and fueled Iranian expansionism in the region.

For the Trump administration, the only acceptable option for Iran is a regime change. The options offered to Iran are either a smooth, willing change or a prolonged, more painful transition. The methods of change involve either a voluntary/smooth regime transition by accepting the 12 demands – which seems unlikely with the current political structure of Iran – or change through force by pushing the regime out with street protests and other domestic social, economic and political instabilities.

There is solid Israeli, Saudi and Emirati support for the Trump administration’s new Iran strategy as outlined in Pompeo’s speech; however, the European side and Russia are unhappy about such a unilateral change in a multilateral agreement that was approved in the United Nations Security Council. At the same time, Trump’s policy change signals his government’s unwillingness to coordinate with his European counterparts in critical security issues. Likewise, European actors are unhappy about Trump’s unilateral decision in exiting the Iranian nuclear deal, but their concerns are more about Trump’s decision-making style rather than his attitude toward Iran. In any case, Trump seems to be determined to switch to the new Iran strategy even as some Europeans have chosen to stick to the deal.

The Trump administration’s new strengthened sanctions, considered the “strongest in history” by Pompeo, against Iran will turn into a collective punishment of the Iranian people who will be forced to react. Rather than targeted sanctions for the regime’s strongmen and their affiliated businesses, the new package of sanctions is expected to have negative consequences in the lives of ordinary Iranians. As a result, Iran’s people are expected to increase their criticism and protests against the regime. In any case, the regime change is the expected outcome of Pompeo’s list of 12 demands.

Iran’s President Hasan Rouhani responded to Pompeo’s declarations by rejecting all of the demands. There were similar responses from high-level Iranian officials representing the Republican Guard and the military as well. It is tough to infiltrate Iran and stimulate an uprising through external intervention because the regime is already prepared to suppress such initiatives. Internal rifts and polarization in the governing elite could be another expected outcome of the strengthened sanctions, but Iran’s religious leader Ali Khamenei is strong enough to deter such potential splits. The overall impact of Trump’s new policy may consolidate the Iranian people as well as regime circles against Trump’s U.S. However, when the sanctions hit the Iranian economy harder, there may be some debates about concessions. In any case, externally forcing Iran into a regime change is a risky strategy which may eventually trigger a region-wide war. The U.S. is not prepared for such an encounter and neither are any other major global actors, including Russia. At this point, the only option left for Iran is either to make significant concessions in its regional ambitions or escalate tensions further. Such an escalation may trigger a regional war and delegitimize Iran further.

The Trump administration and its allies in the region, namely Israel, Saudi Arabia, the United Arab Emirates and Egypt, seem pretty determined in this new risky policy. With his recent aggressive diplomatic moves, Trump may also face isolating his country in international diplomacy. The response of other major international actors, including China, Russia and European nations, will determine the effectiveness of Trump’s new strategy. If these actors consider Trump’s recent risky diplomatic maneuvers, including Trump’s trade wars, as a threat to their national security and interests, they may consider countering Trump. For the time being, we have not seen any solidarity among those actors and in the international community against Trump’s foreign policy gambits. Iran’s risky foreign policy moves and over-expansion in the region have also made Iran an unpopular actor despite Trump’s risky diplomatic choices.

For an extended period, Washington has been unable to formulate a consistent foreign policy strategy for the Middle East. There were splits and disagreements among various institutions. Pompeo came up with a new and a more aggressive plan for the U.S.’ Middle East strategy centered around a regime change in Iran. The U.S. needs the support of other actors in the region to succeed in this ambitious plan. Trump’s controversial step of moving the U.S. Embassy in Israel to Jerusalem and unwillingness to take the concerns of its regional and international allies into account makes this game plan very difficult. It seems that this plan will destabilize the entire region in the short run if Iran does not accept the concessions. There is no clear path for sustainable stabilization or formation of an alternative order in the region. Despite Pompeo’s ambitious plan, Trump does not seem to be interested in establishing a new order in the region. Trump’s Middle East vision, which is centered around Israel’s maximalist security claims, does not support the emergence of holistic order in the region. Pompeo’s plan may eventually be another U.S. failure in the Middle East unless he can convince both Trump and the regional actors to get along.

The meaning of the Iraqi elections
Previous

Analysis: US Recognition of Jerusalem a twenty-first century Balfour Declaration
Next
Loading...
Loading...
We use cookies to ensure that we give you the best experience on our website. If you continue to use this site we will assume that you are happy with it.Ok