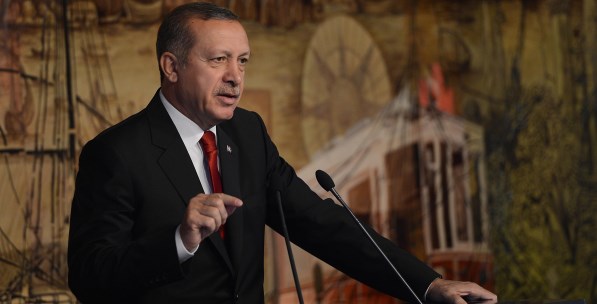 The Justice and Development Party (AK Party) may become more isolated in doing politic as well. As it continues to carry the burden of progressive democratization all by itself, there is no reason for the AK Party not to maintain its political hegemony.

The AK Party and the democratization of Turkey are severely criticized by the liberal and the leftist-nationalist sides. It is useful to remind that different views of the left also fall into these two positions. These sides, which are presumably opposite of each other, have started to make similar criticisms yet in different ways in so many headings recently. They overlap on two points especially: their imagination of secular life and on the headings which are comfortably consumed in the West. They do not hesitate to be fellow travelers without paying much attention to consistency. One wing misses the old Turkey and does not have an urge to hide their anti-democratic wishes while the other wing does not find difficult at all to severely declare profane any political attempt that is not based on liberal-leftist belief.

Whether or not these different approaches, which are legitimate in their own worlds, manifest a founding politics in the current system depend on the people’s courtesy. In the Turkish political life, the chapter of the 20th century is closed with the heavy public support that has been given to the AK Party in the last decade. Turkey has entered the 21st century by creating a metamorphosis of the last century’s right-left paradigm in the “center”. Today, it is almost impossible to discuss the political and social life in Turkey by means of the right and the left.

The 1980 military coup d’état profoundly believed that they crushed the political identity movements to the ground. However, two strong political identity movements have occurred in Turkey without even before a decade has passed since the coup. Following the Gezi protests, the analyses of the AK Party that “it has lost the central-right party identity” remind the assessments of the 1980 military coup plotters. Those, who do not understand that the last thing to result from the attempt of determining the ruler in the streets through the Taksim nihilism is a founding politics, are excitedly trying to read the Turkish politics through an anti-political world. Since this is the case, they are trying to find a place for the AK Party in the political camps of the 20th century and when they fail to do so, they announce the AK Party a loser.

THE AK PARTY AND THE CENTER-RIGHT

The AK Party materialized in the early 1980s as an anti-systemic movement, and did not take the seat of the publicly known “center-right” which was doing politics in a sphere provided by the system and taking its central role from this very system. To the contrary, the AK Party sharpening an anti-system line in the public, reduced both the “center-right” and its meaning to absurdity, and then walked to power. For this reason, the AK Party still sustains its dynamism for change, and makes its masses of supporters maintain their role.

The “center-right” is the name of policy-making which consents to share a role with the military-judiciary tutelage regime as was the case during the second half of the last century. The AK Party came to power exactly because it objected to this way of doing politics. In fact, political parties known as center-right parties have become political addresses because in essence they were perceived as a non-Kemalist political sphere in the eyes of the people although feebly and obscurely as objecting to the establishment. The AK Party has become the sphere of doing politics by making this objection clear and strong. From this aspect, the comfortable relation that political elites of the center-right had established with the tutelary regime has resulted in disregard for the strong identity demands and challenging worldview of the center-right grassroots. A similar misreading still stands against the AK Party, too.

Today, not only the center-right has transformed, or rather even evaporated, but also the sphere known as the “center-left” has clearly begun to diminish. The center-left suffering from erosion of the former Re

And the Morsi Case Begins
Previous

Politics, Not Arms, is the Way Forward for the Kurdish Issue
Next
Loading...
Loading...
We use cookies to ensure that we give you the best experience on our website. If you continue to use this site we will assume that you are happy with it.Ok