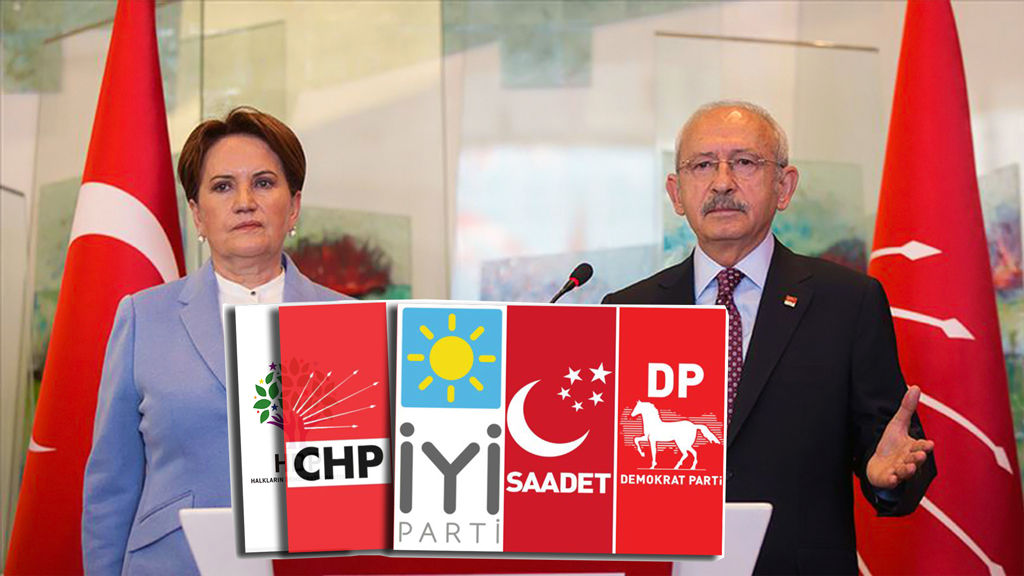 With Parliament back from summer recess, Turkey's political scene is heating up. The Good Party (İP), part of the opposition-led Nation Alliance, announced that it will leave the alliance if the Peoples' Democratic Party (HDP) joins it.

With Parliament back from summer recess, Turkey’s political scene is heating up. The Good Party (İP), part of the opposition-led Nation Alliance, announced that it will leave the alliance if the Peoples’ Democratic Party (HDP) joins it. Faruk Çelik, a former cabinet minister, made waves by saying that 40% of the vote, as opposed to 50%, should be enough to win a first-round victory in the next presidential election. Meanwhile, a number of new political movements are in the making. The leftover reflex from the parliamentary system is to associate those developments to the prospect of an early election.

Encouraged by the opposition victory in the Istanbul re-run, others release new polling data every week in an attempt to fuel the expectation of early elections.

Yet those are futile attempts. What we see is merely a manifestation of the dynamism of Turkish political life – and the booming self-confidence and ambitions of political actors. The solution to the country’s problems, in turn, is the strong demand for a new approach to politics.

Turkey’s two major parties will hold their annual retreats this weekend, as they hope to hold intra-party provincial elections by the spring. The ruling AK Party will meet in Kızılcahamam, Ankara to look back at the first year under presidentialism. The Republican People’s Party (CHP) will be based in Abant, Bolu to exchange views on improving its effectiveness, develop its strategy for the coming months and discuss economic developments.

To be clear, the two movements are not bracing for an early election. They just want to get in shape for a highly competitive, volatile environment with plenty of curve balls. Led by the AK Party, the People’s Alliance is extremely unlikely to call for early elections – not with another four years left in office. CHP, in turn, won’t seek an early vote before it can accomplish a few things in recently-conquered metropolitan districts. With the Turkish economy rapidly recovering from last year’s currency shock, the government finds itself in a stronger position. Still, what lies ahead is heightened political activity, wars of words and plenty of hearsay. That’s because both the ruling party and the main opposition need an update. Under a new system of government, developing a new brand of politics is an inevitability, not a choice.

The AK Party is looking for a new approach to remedy the fatigue that built up over 17 years in office. The answer, however, isn’t to revive the so-called spirit of 2002. What the movement needs is to make changes in sync with the current realities of Turkey and the world. In a world where uncertainty, threats and the need to take care of one’s own business are the name of the game, nostalgia for 2002 makes little sense. It is no longer enough for Turkish politicians to talk about liberties, the free market and cordial relations with the West. Such statements would stand in contrast with the rise of protectionism and the growing strength of the nation-state. In this regard, this old language, which “new” movements aim to speak, is just as outdated as the CHP’s charge of one-man rule.

The new political approach for Turkey cannot ignore the AK Party’s experience with power at home and abroad. We cannot pretend that none of those things ever happened. Nor can we miss out on the “will of the state,” which manifested itself after the July 15, 2016 coup attempt.

Let us remember that Turkey is one of a handful of countries in the region with the ability to enjoy some level of autonomy. Therefore, promising to “make peace with everyone” is hardly the way to preserve the country’s international standing – which took a lot of hard work over the last six years. Indeed, that approach wouldn’t solve any of Turkey’s problems – be it the situation in the Eastern Mediterranean, the fight against PKK/YPG terrorism, the refugee crisis, or relations with the European Union.

What Turkey needs is a combination of resilience and reform. That was my takeaway from President Recep Tayyip Erdoğan’s address to the Turkish Parliament anyway. Stressing the need to update and improve the presidential system for future generations, Erdoğan invoked the Turkey alliance, inviting “everyone keeping their distance from terrorism and violence” to work together on “national matters.” His statement was both an outreach attempt and a call to fight on the basis of patriotism.

Whichever political movement in Turkey manages to update itself best to play by these new rules will win the 2023 election. Until then, we will witness plenty of colorful attempts and maneuvers.