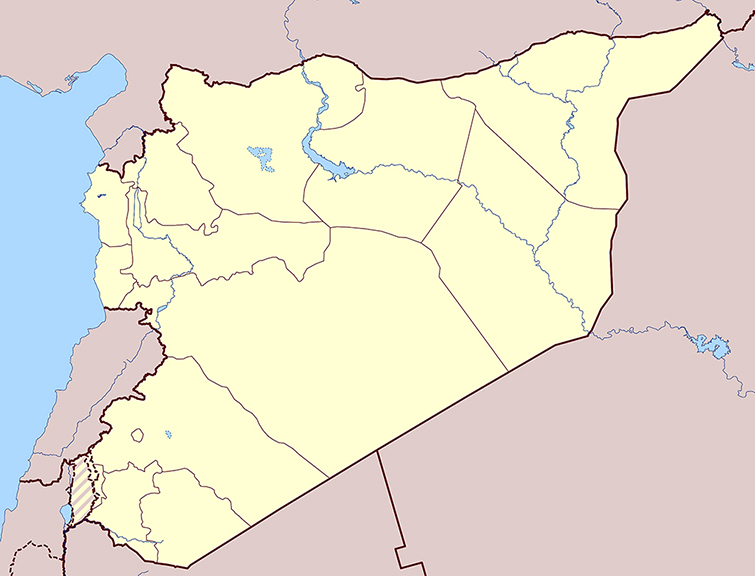 Turkey’s determination to fight terror groups plays an important role in the protection of Syria’s territorial integrity, according to foreign policy and regional security analysts.

Kemal Inat, assistant general coordinator at the Foundation for Political, Economic and Social Research (SETA), an Ankara-based think-tank, said that the terrorist group PKK threatens the territorial integrity of both Syria and Iraq.

“When we look at the objectives of [Turkey’s] previous operations Euphrates Shield and Olive Branch and a possible operation east of Euphrates River, we see that the removal of terrorist groups stands out as an aim,” he said.

Referring to Daesh and PYD/PKK, Inat said: “These two terrorist groups stand as the most important obstacles to Syria’s territorial integrity.”

Inat said that in recent cross-border operations, Turkey worked to protect the region after clearing the area of terrorist groups.

“There will no reason for Turkey to stay in this territory when the administrations in Damascus and Baghdad establish authority to provide security in their regions and remove terrorist groups which are threats to Turkey’s security and prevent these groups from resettling in the region,” he said.

Abdullah Agar, an ex-commando and regional security expert, told Anadolu Agency that Turkey’s resolve to carry out an anti-terror operation against the YPG/PKK has broken the terrorist group’s will to disrupt Syria’s unitary structure.

Agar said Turkish President Recep Tayyip Erdogan has always stressed the importance of preserving Syria’s territorial integrity and that during Saturday’s meeting between top-level Turkish and Russian officials, this issue was underlined.

On Saturday in Moscow, after meeting top Turkish officials including the foreign and defense ministers as well as a presidential aide, Russian Foreign Minister Sergey Lavrov said that Ankara and Moscow have reached an understanding on taking further steps over Syria.

“At the moment, whether or not continental Europe admit it, they protect, fund, equip, and direct a separatist terrorist organization,” Agar added.

Oytun Orhan, coordinator of Syria studies at the Ankara-based Center for Middle Eastern Strategic Studies (ORSAM), said that there were two actors in Syria threatening the country’s territorial integrity.

“The biggest threat to Syria’s territorial integrity and political unity comes from the PYD and its military wing the YPG,” Orhan said.

Serhat Erkmen, a professor at the Ankara-based Gendarmerie and Coast Guard Academy, said that Turkey has never changed its policy on protecting Syria’s territorial integrity.

According to Erkmen, recent tripartite talks between Russia, Iran, and Turkey show what an influential role Turkey’s policy plays.

“Recently, operations Euphrates Shield and Olive Branch and the operation in Idlib show how serious Turkey’s role is in this regard,” he added, referring to Turkish counter-terrorist operations in Syria carried out since 2016.

Ankara has signaled a new counter-terrorist operation in Syria, east of the Euphrates River, will begin soon.

Erkmen said the formation of a constitutional commission in Syria, Turkey’s potential military operation against terrorist groups, and the new political process on Syria will consolidate Turkey’s role in protecting Syria’s territorial integrity.

Russia, Turkey and Iran are working to make sure a commission to amend the Syrian constitutional will convene early next year, according to a Dec. 18 joint statement by the three countries in Geneva.

Some countries, such as Russia and Iran, know of the efforts Turkey put forward for Syria’s integrity, he said, adding: “But it’s not easy to say that the same is true of some Western countries.”

In Moscow on Saturday, Turkey’s foreign minister said that Turkey and Russia have a joint will to clear all terrorist groups from Syria.

“We will continue close cooperation with Russia and Iran on Syria and regional issues,” Mevlut Cavusoglu stated, adding that Turkey and Russia — as guarantors of the Astana peace process for Syria — are defending Syria’s territorial integrity and political unity from all efforts to harm them.

Syria has been locked in a vicious civil war since early 2011, when the Bashar al-Assad regime cracked down on protesters with unexpected ferocity.

In its more than 30-year terror campaign against Turkey, the PKK — listed as a terrorist organization by Turkey, the U.S. and the EU — has been responsible for the deaths of nearly 40,000 people, including women and children. The PYD is its Syrian branch.

Turkey has conducted two successful cross-border operations into Syria since 2016 — Euphrates Shield and Olive Branch operations — both meant to eradicate the presence of PYD/PKK and Daesh terrorists near Turkey’s borders.

Turkey in 2019: From an emerging economy to an emerging power
Next
Loading...
Loading...
We use cookies to ensure that we give you the best experience on our website. If you continue to use this site we will assume that you are happy with it.Ok