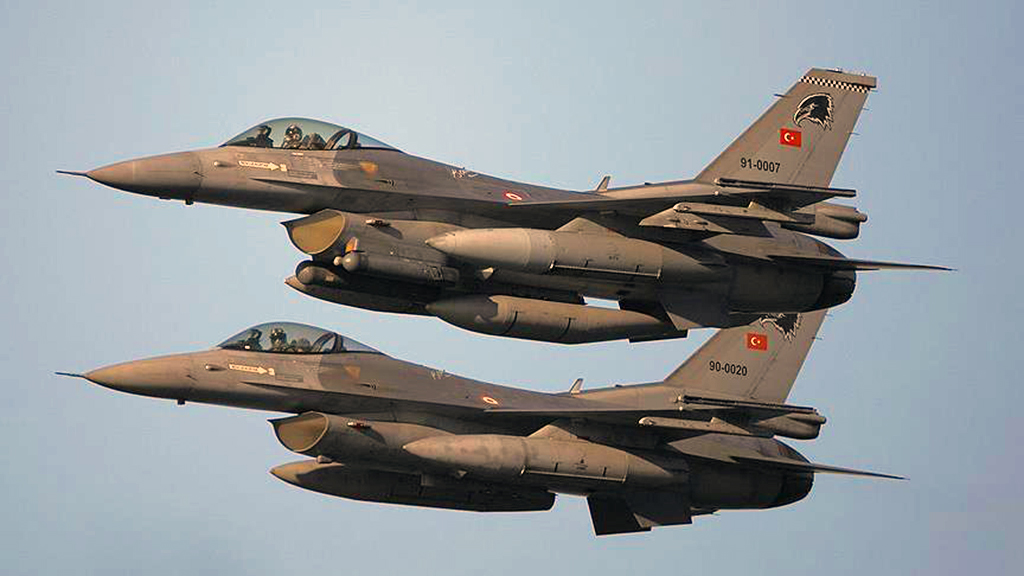 Past, present, future of Turkey’s fight against Daesh

While long distance has been covered against Daesh on many fronts, war is still far from complete

Daesh once controlled vast amounts of territory, including numerous major cities, such as Tal Afar, Mosul (by far the largest city the organization has ever controlled), Ramadi, and Fallujah in Iraq, and Al Bab, Manbij, Raqqah, and Deir al-Zour in Syria.

Though it once ruled over millions of people in the two countries, it is continuing to lose ground in both.

It has not only lost its territory but also its control over vast oil fields, arms depots, and strategic crossing points to its adversaries, from the Turkish Armed Forces (TSK) and the Turkey-backed Free Syrian Army (FSA) in Al Bab to the Russian and Iranian-backed Syrian regime forces in Deir al-Zour and the American-backed PKK/PYD/SDF forces in Raqqah as well as the Iraqi army, Shia militias and Peshmerga forces in Mosul.

While a long distance has been covered against Daesh on many fronts, the war is still far from complete.

To begin with, it should be stated that Daesh gained an entire mass of land and expanded its resources from 2013 to 2015 not because its armed forces were undefeatable. As each force party to the Syrian conflict was fighting on multiple fronts, the parties merely ignored Daesh’s expansion.

After all, it was thought that Daesh was a terror organization with no international legitimacy and, hence, sooner or later it would be defeated anyway.

The real problem was the other adversaries who could hold onto the gained territories for longer terms. In the meantime, many parties of the conflict avoided a mutually injurious war with Daesh, which would help the free-riding third parties who wait for their turn on the road to final victory in Syria.

Such an avoidance strategy was going to change only after Daesh pulled the global powers into Syria by directly attacking them. From that point on, global powers, such as the U.S.A. and Russia, not only supported their proxies against Daesh but have themselves become visible in Syria.

Like any other rational actor, even those who were present in Syria, Turkey did not want to start a unilateral war against any party in Syria with little prospect of final victory in the foreseeable future.

As a second reason, Turkey had not sensed an imminent Daesh threat since the organization prioritized territories in Syria and Iraq for a long time rather than stretching the front further into Turkey.

Yet, when the organization began to target Turkey, Turkey did not hesitate to retaliate. Despite these two reasons, Turkey got engaged in fighting Daesh much earlier and way more actively than what is portrayed in many international news outlets.

Turkey designated Daesh (which passed under the name of “the Islamic State of Iraq” at the time) as a terror organization as early as Oct. 10, 2013, seeing it as an affiliate of the Al Qaeda organization and therefore decided to freeze the financial assets and economic resources of the organization and its affiliates with a Cabinet decision (the official gazette-Resmi Gazete, no: 28791 [1]).

When Daesh opened fire on the patrol teams of the Cobanbey Border Station, Turkey responded with tanks and howitzers, hitting a number of Daesh targets, including a convoy [2] of the organization, as early as Jan. 29, 2014.

The escalating enmity between Turkey and Daesh had heavy costs for Turkey, which is the reason why the entire world turned a blind eye to Daesh for too long and passed the fight onto others before beginning to take direct action.

Turkey has long suffered from the organization’s terror attacks in its own metropoles but also from cross-border gunfire and rocket attacks almost on a routine basis in its border cities, such as Kilis.

Despite the hard facts about Turkey’s fight against Daesh and the losses it incurred due to Daesh attacks, its war against this terrorist group has repeatedly been questioned in some circles.

While the entire world was following a policy of caution and avoidance against Daesh not to provoke the organization, Turkey had more reasons to be extremely cautious as a country in possession of an enclave area (the Suleyman Shah Tomb) in Syrian territory, 27 kilometers (18 miles) from the Turkish border with a symbolic garrison stationed there to protect the tomb.

Turkey also shares an 822-kilometer (511-mile) long land border with Syria and hosts 3 million Syrians who have fled the war.

With so many vulnerabilities, Turkey had long limited its engagement in Syria to hosting millions of Syrians fleeing the war and training and equipping the Syrian opposition forces as part of the U.S.-led anti-regime coalition. It also systematically cracked down on all Daesh activities within Turkey while occasionally targeting the group in Syria.

Despite its cautious Daesh policy, Turkey was one of the very first countries to target the group by freezing the assets affiliated with the organization in Sept. 2013 and by directly targeting Daesh troops in Jan. 2014.

It took the posting of a brutal execution video of American journalists for the United States to prioritize Daesh over all other policy goals in Syria. For Russia, it took the downing of its passenger plane by Daesh affiliates in Egypt in late 2015.

Turkey, on the other hand, dropped its caution policy against Daesh after it sustained the first serious blow with the Suruc bombing in the summer of 2015.

Following the first major Daesh attack in Turkey, Turkey let the U.S.-led coalition use the Incirlik Air Base to target Daesh, and also Turkey’s own F-16 jets have struck Daesh targets [3] in Syria in a wave of attacks.

Turkey entered the game in the earnest in the summer of 2016 with Operation Euphrates Shield, which cleansed the last pocket of Daesh territory near the Turkish border.

Future of war against Daesh

Turkey and the Turkey-backed forces in Al Bab, the U.S.-supported PKK/YPG/SDF forces in Raqqah, the Russia and Iran-backed Syrian regime forces in Deir al Zour, and the Iraqi forces in Mosul have made significant advances against Daesh, and as a result, the organization is now in the midst of a war of survival to keep its last swathes of land under control.

As the organization is shifting from conventional front battles and rural guerilla tactics to urban guerilla and terror tactics, its final destruction is still not complete.

The organization has lost territory, economic resources, and its asymmetric advantage of spreading fear, but many are now concerned that the organization might fully embrace terrorism as its main tactic in the areas it lost as well as in distant metropoles.

Under these circumstances, Turkey, with the confidence stemming from its successful operation of cleaning its borders from the Daesh threat, has focused on managing the post-Daesh turmoil, keeping its eyes wide open for the thousands of current and former Daesh members flooding out of Syria and sporadic Daesh terror attacks likely to be plotted anywhere along their path.

In the face of such adversities and risks, we may say that Turkey is doing a good job in managing this highly risky transition process.

While keeping its Syrian border under much tighter control against Daesh infiltrations thanks to its recent advances in security wall construction, cross-border surveillance and reconnaissance missions with the help of its UAVs, Turkey is also clamping down on Daesh activities within Turkey.

Tens of Daesh cells have been identified, tracked and targeted, and dozens of possible terror attacks have thus been prevented. In the entirety of Turkey’s fight against Daesh, Turkey has detained 9,350 [6] foreign suspects and arrested 3,069 Daesh members, of whom 1,337 are foreigners.

That said, this is not a finished war. As the organization is losing its offensive capabilities in Syria, it will aim to hit soft targets in distant metropoles. Its members are trying to find exit routes out of Syria, and Turkey is what stands between Daesh terrorism and European capitals, which once again shows the interconnectedness of stability across the region from Syria to Europe and the importance of intelligence sharing and further cooperation in countering terrorism.

A warning to Washington from a troubled region
Next
Loading...
Loading...
We use cookies to ensure that we give you the best experience on our website. If you continue to use this site we will assume that you are happy with it.Ok