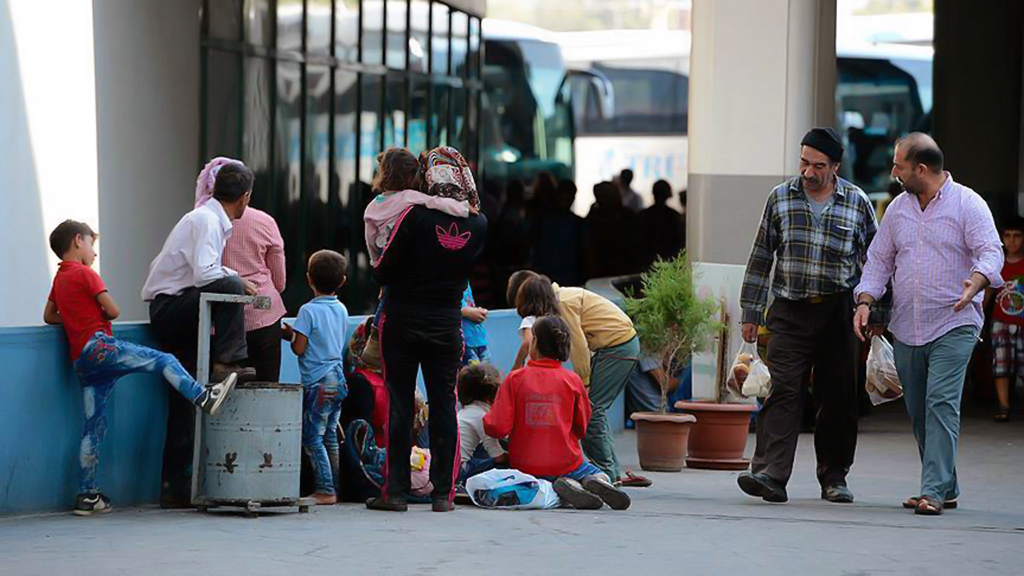 Verbal attacks by Kılıçdaroğlu and Good Party (İP) Chairwoman Meral Akşener against Syrian refugees on the campaign trail demonstrated their lack of interest in governing. At the time, their remarks were dismissed as a case of election-season populism.

I have been stressing the importance of President Recep Tayyip Erdoğan’s call for a “Turkey Alliance” for a while. That call reminds the opposition of their responsibilities and urges them to put the country first. If the ruling party and the opposition can find a middle ground on foreign policy, national security and the economy, their compromise will be the backbone of Turkey’s democracy and future survival. Leaving aside ongoing wars of words, Turkey’s political elites must find solutions to the following challenges: How can the country liberate itself from the burden of the turbulence that has accumulated over the last six years? How and in what direction should Turkey influence the changing balance of power in neighboring regions?

How can we respond to complex and risky developments under the new world order? Any debate that steers the national conversation away from those questions will cause more harm than good.

Contrary to conventional wisdom, the competitiveness of elections wears down the opposition more than the incumbents. The Justice and Development Party’s (AK Party) uninterrupted rule since 2002 moved the Republican People’s Party (CHP) away from the idea of governing. Meanwhile, the turbulence that Turkey experienced effectively reduced the opposition’s responsibilities to zero. Under Kemal Kılıçdaroğlu’s leadership, Turkey’s main opposition party turned its back on its responsible platform that attempted to reach all of the country. This change in the CHP leadership’s direction manifested itself in new ways: In addition to distancing itself from the fight against terrorist organizations, including PKK and the Gülenist Terror Group (FETÖ), the main opposition party turned a blind eye on the marginalization of the Peoples’ Democratic Party (HDP). Moreover, the CHP began to view foreign policy as rhetorical ammunition and embraced a most dangerous brand of populism by targeting Syrian refugees. It is high time for the CHP leadership to take stock.

Verbal attacks by Kılıçdaroğlu and Good Party (İP) Chairwoman Meral Akşener against Syrian refugees on the campaign trail demonstrated their lack of interest in governing. At the time, their remarks were dismissed as a case of election-season populism. Yet CHP-controlled municipalities have been trying to kick out Syrian refugees from their districts since last month’s election. CHP mayors in Bolu and İzmir have already cut public assistance to refugees and took other steps to force refugees to leave. Indeed, those decisions amount to a total lack of responsibility and proof that the CHP, which won some mayoral races, cannot actually govern the country.

Are CHP politicians aware that municipal-level populism leads them down the path of racism? Do they know that they are putting party interests ahead of the national interest? This is no way to govern a country.

Perhaps CHP-controlled municipalities have a sinister plan to force refugees to relocate to districts with mayors that ran for office on the People’s Alliance ticket. It is possible that they want those municipalities, rather than all local governments, to shoulder the burden of immigration. Yet this issue is far more complex.

First of all, kicking out Syrian refugees is not an actual policy. CHP politicians do not explain how they hope to reach their goals and where affected refugees are expected to go. To claim that “the Syrian war is over” and that “there is peace in Syria” and that “they have no business in Turkey” is nothing short of complete irresponsibility. Likewise, to claim that an agreement with the Bashar Assad regime could facilitate the return of refugees to Syria amounts to total ignorance of the multilayered nature of foreign policy. One cannot simply shake hands with Bashar Assad, who murdered hundreds of thousands of people, and deport 3.6 million refugees back to their native country. One cannot send those refugees home to be tortured and slaughtered. If the opposition wants to assume a responsible position on Syrian refugees, it should support the Turkish government’s efforts to create a safe zone in northern Syria – rather than embrace European far-right ideology.

'Mission accomplished': US foreign policy in the Middle East
Previous