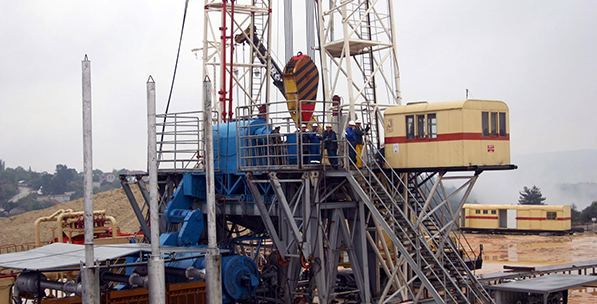 All pundits of the global economy would agree that the rapidly-plummeting oil prices constitute a major concern and strategic issue for various actors. Unexpectedly low oil prices are bringing down production and transport costs in importing countries, thereby easing their current account burdens, while wreaking havoc on oil exporting economies such as Russia, Iran and Venezuela. But why did oil prices fall from $115 per barrel last June to $45 per barrel in mid-January, and what does the future have in store? There are radically different answers to this question, some originating from market-based arguments and some from popular conspiracy theories.

First, market-based explanations stress that oil prices have been rising sharply since the mid-2000s because global demand grew faster than global production with the impact of emerging markets. When price levels reached the $100 per barrel mark between 2011 and 2014, many energy companies began extracting from difficult-to-drill and high-cost sources. In the United States, fracking and horizontal drilling to extract oil from shale formations became widespread practices, while in Canada, oil sands were heated with steam to extract usable crude which led to a massive increase in “tight oil” production. Yet, global economic slowdown and falling demand in China, and emerging economies in Europe created a dangerous combination of weaker demand and excess supply in oil markets, placing downward pressure on prices.

At this point, the attitude of the oil cartel, OPEC, was crucial in determining the expectations of the main market actors. Despite strong demands from Venezuela and Iran, which needed higher prices to maintain their fiscal policies, Saudi Arabia adamantly refused to cut back on oil production. OPEC’s inaction pushed oil prices into freefall and signalled a “price war” between cheap and expensive oil producers. However, the main geopolitical victim of the price plunge was Russia, whose oil-dependent economy began to shrink, inflation exploded and the ruble’s value collapsed, despite massive interventions by the Central Bank.

Vladimir Putin said that it was the result of a political agreement between the U.S. and Saudi Arabia to punish Iran and damage the economies of Russia and Venezuela. Finally, Venezuelan President Maduro claimed that the low oil price was engineered by the U.S. and its allies to harm Russia. In more general terms, one conspiracy theory states that Saudi Arabia is trying to punish non-OPEC member Russia via low prices, for stealing its share in the Chinese market via new pipelines. Another claims that the Saudis and Americans have joined forces to hurt Putin for his support for Bashar al-Assad and his aggressive attitude in Ukraine. Yet another entertains the idea that the Saudis are using low prices as leverage against Iran, whose rapprochement with the U.S. and prospects of a nuclear deal with the West disturbed them. A more realistic explanation focuses on a “price war” between Saudi Arabia, shale oil producers in the U.S. and sand oil producers in Canada, by arguing that the Saudis are trying to protect their market share as they can accept temporary losses and force costly producers to bankruptcy. Finally, an environmentally-friendly theory claims that President Obama conspired with the Saudis to increase oil supply in order to weaken the U.S. shale oil industry and to promote renewable energy and cut greenhouse gas emissions.

So, while market-based explanations try to present historical dynamics and highlight various aspects of a complicated development, conspiracy theories offer clear simplicity and elegance. Yet the problem is that they assume a central command mechanism for the global economy and oil markets. Moreover, they are almost impossible to objectively prove or disprove. Would you take the rational-looking, but boring market views, attractive conspiracy theories, or a mixture of the two? The decision is yours.

Q & A: The PEGIDA Movement, The Changing Face of German Fascism
Previous

Japan After the Elections
Next
Loading...
Loading...
We use cookies to ensure that we give you the best experience on our website. If you continue to use this site we will assume that you are happy with it.Ok