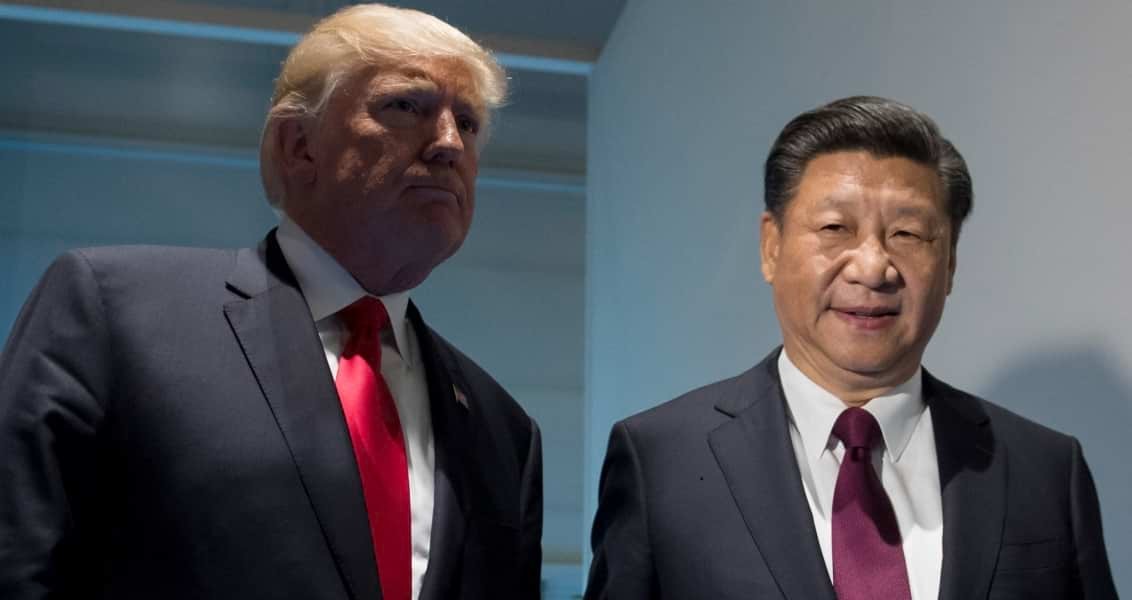 An upcoming meeting between presidents Trump and Xi in November will shape the future relations of the U.S. and China

Relations between the U.S. and China are considered one of the most consequential relations for the current international system. The rapid economic rise of China, which generated a major economic connectedness, interaction and even reliance with the U.S., has been considered the most significant international development by many observers. However, there are many issues that have been complicating this relationship, such as the concerns on the U.S. side about China’s trade practices, debates about currency manipulations and tensions in regard to intellectual rights infringement on the part of China, technology transfer and the blocking of China-backed investors’ attempts to buy some companies in the U.S.Furthermore, there are many intervening factors impacting these relations, including geopolitical disputes in the South China Sea, China’s relations with U.S. treaty allies in the region and the recent North Korea problem. The presence of so many loose parts in bilateral relations makes the path of relations hard to predict. Although there is a general understanding on both sides in regard to the potential destabilizing impact of tensions between the two countries for their economies and despite the existence of open communications channels to contain the crisis, low-intensity grievances in regard to one another and long-standing unresolved issues accumulate a significant degree of tension on relations. Moreover, the absence of a clear foreign policy on the part of the U.S. makes many actors confused about these policies. Many are expecting the upcoming November summit between Chinese President Xi Jinping and U.S. President Donald Trump to demonstrate a trajectory of relations between the two countries. The fact that President Trump will be attending multiple regional conferences in Asia during his tour in the region will also make his trip to China very interesting for observers of regional politics.In the last two weeks, several high level contacts between the U.S. and China in preparation for the November summit demonstrated the intricacy of relations between the two countries. First, Secretary of Commerce Wilbur Ross visited Beijing and met with officials on economic and finance issues. Reports following his visit demonstrated skepticism and at most a very cautious optimism with regard to the future of economic relations with China. He reportedly enlisted positive developments that took place this year in bilateral economic relations; however, he also mentioned the challenges of more serious and unresolved issues. He said, “Now we’re moving into harder things, bigger things, more serious things, and hopefully the goodwill that’s been built up between President Xi and President Trump will help to change the atmosphere.” Shortly after, Secretary of State Rex Tillerson visited Beijing and met with leading foreign policy makers in the country, including President Xi. Before his arrival in Beijing many had expected serious, challenging marathon talks between Tillerson and Chinese officials. Most probably considering the upcoming Communist Party Congress, the statements after his meeting did not touch any major divergences of interest between the two countries. North Korea, trade disputes and the South China Sea were not mentioned during these statements. Even before Tillerson’s arrival, the spokesperson for the U.S. State Department indicated, “China has taken some great strides in recent weeks […] the secretary will be thanking them for the steps that they’ve taken in that direction” on the issue of North Korea. In the meantime in Washington, D.C., President Trump met with Chinese Vice Premier Liu Yandong.

A significant commonality of all these statements is the very cautious optimism that emphasizes the chemistry between Trump and Xi. Both Ross and Tillerson indicated that the two had a good personal rapport and the expectation is that this personal relation will play an important role in the resolution of conflicts. This is the optimistic part. It demonstrates that China and the U.S. administration do not consider Trump’s tweets critical of China as a very serious factor that could change relations. However, there is also a cautious part that needs to be taken into consideration. In particular, the level of difficulty in resolving trade disputes and sensitivity concerning the currency manipulation issue for the U.S., the trade deficit and the significance of China’s economic activity for Trump’s domestic audience will be hard issues to manage in the coming period. Without a doubt, the economic nationalism of Steve Bannon and his campaign about U.S.-China economic relations will play an important role – despite his departure from the White House – for Trump’s base.

Moreover, the presence of China skeptics such as Peter Navarro on Trump’s economic team will continue to be important factors in determining future relations. Furthermore, the increasing expansion of China’s military activity in the South China Sea and its increasing defense budget will continue to be factors in these discussions. Anti-access area denial strategies, disputes concerning air defense identification zones, maritime delimitation disputes and tensions over cyber spying can always intervene in the relative stability of bilateral relations. Thus, it will be hard to manage relations in the coming years, and in November, we may see how personal chemistry plays a role in handling challenges in bilateral relations.

Call For Reports: European Islamophobia Report 2017 (EIR)
Next
Loading...
Loading...
We use cookies to ensure that we give you the best experience on our website. If you continue to use this site we will assume that you are happy with it.Ok