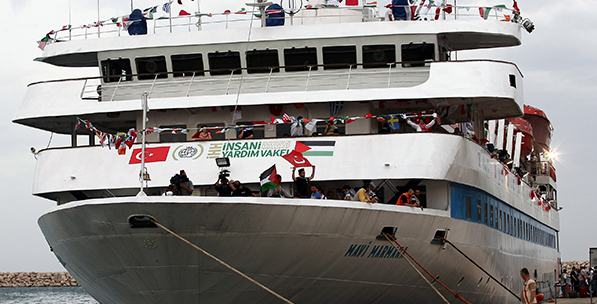 The new normalization necessitates a paradigm shift in the nature of relations. The international system, the region and Turkey witnessed major transformations in the last 10 years which will impact Turkish-Israeli relations.

The eavesdropping scandal that became public earlier this week would indicate, at the very least, two things. Firstly, the revealed list is clearly intended for more than just wiretapping. Secondly, the list offers the world a better understanding of the chaotic and naive world wherein the Gülen network operates as a neo-tutelage actor. The list of names that went public simply shows that the perpetrators grouped together thousands of people as part of a grand design.

In recent weeks, it has been reported that Turkey and Israel may reach an agreement over two outstanding issues, including reparations for the families of the victims of the Mavi Marmara attack and disagreements over the blockade of Gaza. Subsequently, many have started to speculate about the “normalization of relations” between Turkey and Israel.

In some of these analyses, expectations about the future of this bilateral relationship have been held to too high of a standard, including hopes of a possible “back to the 1990s” scenario. It is therefore important to understand a few points regarding such predictions. Turkish-Israeli relations in the 1990s cannot be considered normal for two reasons. First, when we look at the historical development of relations between the two countries since 1948, the 1990s were an exceptional period that came about partly as a result of the optimism regarding the possibility of reaching a permanent peace with the Palestinians.

However, this period ended with the failure of the peace process. Secondly, the 1990s were not a normal period for Turkey on account of both political and economic instability as well as a significant degree of military tutelage over foreign and security policy. Thus, Turkey’s relations with Israel were mostly security-oriented and controlled by the military. At this point, it is unrealistic to expect the emergence of 1990s relationship dynamic between the two countries.

The new normalization necessitates a paradigm shift in the nature of relations. The international system, the region and Turkey witnessed major transformations in the last 10 years which will impact Turkish-Israeli relations. One needs to take into consideration the changing dynamics of Turkish foreign policy decision-making, the role of public opinion, and the necessity of diversifying bilateral relations between two countries. Furthermore, a potential revival of the peace process would be the most significant dimension of the new normalization. In the absence of a peace process, relations will be vulnerable to any form of crisis in the region.

The Eavesdropping Scandal
Next
Loading...
Loading...
We use cookies to ensure that we give you the best experience on our website. If you continue to use this site we will assume that you are happy with it.Ok