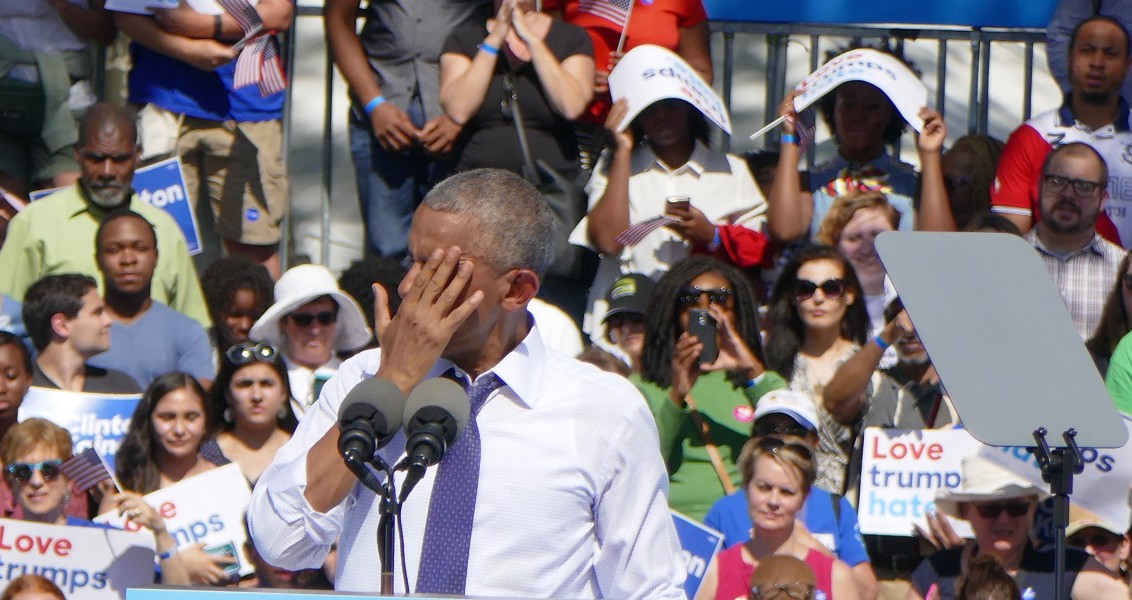 Next US President Must Make Peace with Turkey

The next president should correct President Obama's mistakes and reach out to traditional U.S. allies in the region by enforcing a safe zone in northern Syria

Washington’s blatant disregard for Turkey’s national security concerns, including the PKK and the Gülenist Terror Group (FETÖ), is getting more and more annoying.

In recent weeks, the Turks have been getting mixed signals from the United States. Although U.S. President Barack Obama and Vice President Joe Biden – albeit belatedly – praised the Turkish people’s resistance against the coup plotters, the House Subcommittee on Europe, Eurasia and Emerging Threats invited a Gülenist police chief, turned academic, to give testimony on the July 15 coup attempt and its aftermath. The individual in question looked members of the U.S. Congress in the eye and lied about the situation in Turkey, cancelling out criticism directed at the Obama administration’s handling of the crisis by other witnesses.

Invoking the separation of powers or the need to respect the representatives’ choices just isn’t enough here – simply because Washington’s carelessness isn’t limited to FETÖ alone.

The Obama administration’s support for the PKK and People’s Protection Units (YPG) in northern Syria is a bigger problem. Last week, Washington offered the YPG forces protection against another NATO ally, Turkey, by raising the U.S. flag in terrorist-held areas.

To be clear, U.S. officials aren’t fooling anyone: At a time when PKK militants target civilians and the security forces, the United States, which is supposed to be our strategic ally, is consciously ignoring the link between the PKK and YPG. For the sake of outsourcing the fight against DAESH to local groups, the Obama administration continues to turn a blind eye to the PKK-YPG’s recruitment efforts and attacks against Turkish troops.

Washington’s unwillingness to send FETÖ leader Fethullah Gülen back home and its support for the YPG forces in Syria are taking a toll on Turkish-U.S. relations. Although the Turkish people had high hopes for the Obama presidency, they figured out following the Arab Spring that he couldn’t deliver on his promises. Having failed to manage the post-revolutionary crisis in the Middle East and North Africa, his administration ended up giving Turkey and other U.S. allies a cold shoulder.

In recent weeks, President Obama’s reluctance to come out in favor of Gülen’s extradition to Turkey and constant reminders that a federal court, not the White House, must approve Turkey’s extradition request was received negatively by the Turkish public.

At this point, there are several options available to the United States including sending Gülen to Canada, South Africa or Australia – which would ease tensions but not necessarily make them go away. Moving forward, failure to extradite the failed coup’s leader would be cited as evidence of Washington’s unreliability as an ally because both FETÖ and the PKK will be serious threats to Turkey’s national security in the foreseeable future.

The picture is grim, but the next U.S. president could make some changes and avoid unnecessary conflict. To avoid additional problems with Turkey, the next president should correct President Obama’s mistakes and reach out to traditional U.S. allies in the region by enforcing a safe zone in northern Syria, offer genuine support for the moderate rebels and part ways with the YPG, the PKK’s Syrian franchise. Unless he or she revisits Mr. Obama’s foreign policy, recent tensions could become a permanent feature in Washington’s dealings with the Turks.

US-Turkish Relations and the Next Administration
Previous

What is happening to the United Nations Order?
Next
Loading...
Loading...
We use cookies to ensure that we give you the best experience on our website. If you continue to use this site we will assume that you are happy with it.Ok