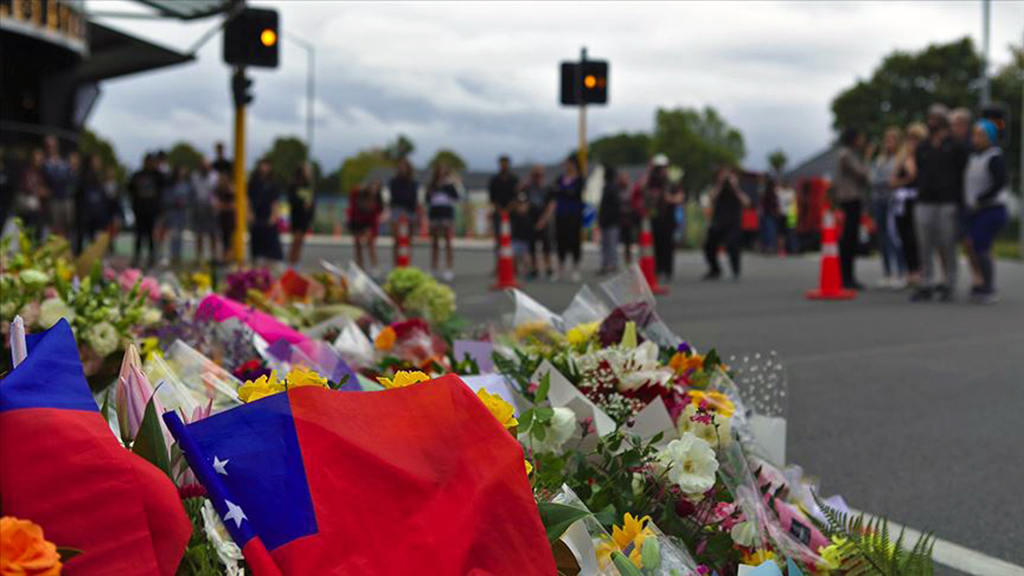 The killing of 49 Muslims in Christchurch, New Zealand was a terrorist act of critical importance. One of the terrorists, Australian Brenton Tarrant, broadcast the massacre live on social media after posting an 87-page manifesto online.

The killing of 49 Muslims in Christchurch, New Zealand was a terrorist act of critical importance. One of the terrorists, Australian Brenton Tarrant, broadcast the massacre live on social media after posting an 87-page manifesto online. The words, dates and names he wrote on the murder weapons were part of a broad symbolic universe. Tarrant’s manifesto was full of hate against Islam, Muslims, Turkey and President Recep Tayyip Erdoğan. He reportedly prepared a list of assassination targets that included German Chancellor Angela Merkel and Erdoğan. Interestingly enough, it seems that everything in the text was part of an effort to capture public attention for the longest possible time. The manifesto looks more like a page from an intelligence agency’s sketchbook than a fanatic’s ideological ramblings. We will, therefore, never really know who pulled the murderer’s strings. Yet the message is loud and clear: Mosques and Muslims were objects of hate for Tarrant, who was acting out of carefully planned fanaticism rather than a spur-of-the-moment impulse.

He invoked white supremacist, racist and Christian-radical arguments to target the Islamic world’s most prominent leader, Erdoğan, and most prominent city, Istanbul. In this regard, anti-Erdoğanism was part and parcel of Tarrant’s Islamophobia. The inclusion of Merkel, who leads Europe’s most powerful nation, to the hit list was another curious detail.

Anti-Muslim hatred has been on the rise for years. Far-right extremism and xenophobia fuel anti-Muslim hatred in Europe, where terror attacks by Daesh and al-Qaida are used as an excuse to legitimize those views.

By contrast, attacks against Muslims and their places of worship are downplayed as individual deviance. Yet the Christchurch massacre says something else about anti-Islamic and anti-Muslim sentiment. That the killing spree took place in New Zealand, a refugee-friendly country, was itself a message. The danger is not limited to Europe or the United States either. It encompasses the entire Western world, including Australia, New Zealand and Canada. To be clear, the same trend manifests itself in certain parts of the non-western world such as India, where a new type of Islamophobia rises on the shoulders of Hindu nationalism.

To make matters worse, the Christchurch massacre did not just prove that Muslims in the Western world were faced with a deadly threat. It is crucial to identify an ever-visible trend: The wind of extremist radicalism blows through the Western world. It manifests itself at the individual level, yet it comes with an ideological framework and a set of symbols. That Tarrant broadcast the massacre live on social media, for example, was an act of propaganda.

The mention of the dates and “heroes” of Europe’s wars against Muslims was noteworthy. Same goes for the names of the terrorists who killed refugees and Muslims in the past. Hence my argument is that this is no ordinary act of Islamophobia but a whole new stage.

Tarrant’s language points to the spread of radicalism based on white supremacist ideology in the West. That his words included a mix of secular and religious references must not distract us. This act of terror was organized and part of an ideological approach. It is firmly based on racist ideas and nods to the implicitly discriminatory tone of the claims to a great civilization.

Let us wake up to the fact that the Christchurch massacre was the next level of anti-Muslim hatred. It embodied a new kind of radicalization that will possibly target Muslims across the Western world and drag the West into a serious crisis. The experts who have been talking about “Islamic terrorism” must start working on radical white-Western terrorism now.

US no longer reliable for allies
Previous

Far-right radicalization is at a climax
Next
Loading...
Loading...
We use cookies to ensure that we give you the best experience on our website. If you continue to use this site we will assume that you are happy with it.Ok