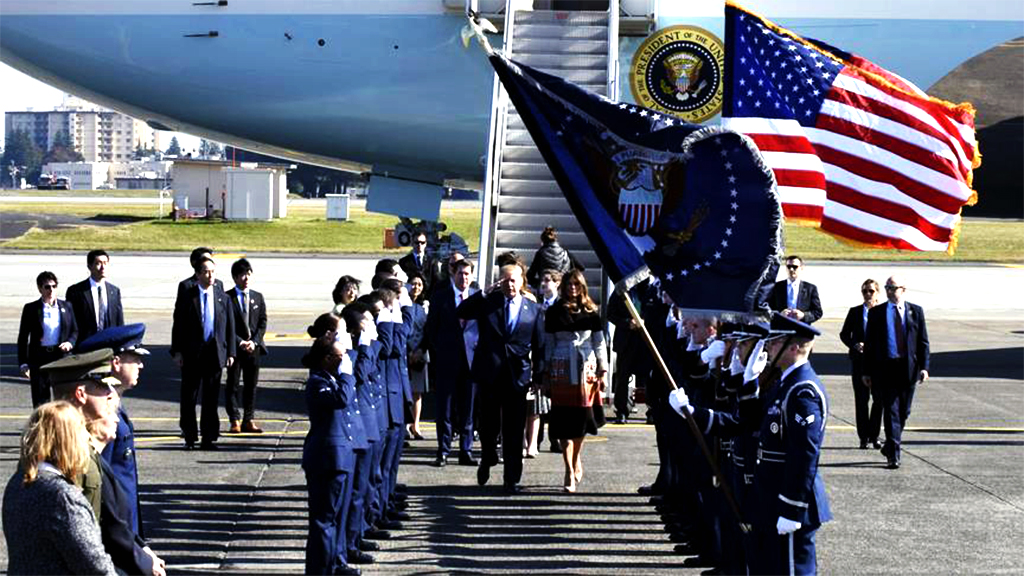 There are several things worth mentioning about the Nation Security Strategy (NSS) in a short column.

Last week, the National Security Strategy was released by the White House. The document provides the administration’s perspectives about the world and future of its foreign and security policy. As was pointed out before the release, the document indicates four main points as U.S. strategy goals: 1-) protect the American people, the homeland and the American way of life, 2-) promote American prosperity, 3-) preserve peace through strength, and 4-) advance American influence. In most parts, the document puts the foreign policy rhetoric and campaign promises of President Trump in written form. However, the vague language in some of these areas does not clarify how the U.S. will achieve these objectives. And the big question is how much these goals and priorities will be implemented and adopted by the foreign policy decision-making structures of the U.S. administration. In particular, given the contradiction between the opinions of different members of the administration during various foreign policy crises, it may be a challenge for the administration to provide a smooth adoption of these policies. Furthermore, it is not clear how some of these goals, especially in the diplomatic realm, will be achieved given the reported downsizing of the State Department.

There are several things worth mentioning about the Nation Security Strategy (NSS) in a short column.

First, from the introduction onward, it is very easy to see criticism against previous administrations. President Trump’s introduction includes his description of the difficult security environment he inherited as a result of the policies of previous presidents. Time and again in the document there is an emphasis that both President George W. Bush and President Barack Obama’s policies did not provide accurate prescriptions to either resolve problems or advance U.S. interests. Thus, there is a constant attempt to distinguish this president’s foreign policy from previous eras. Although all NSS documents intend to protect and promote U.S. interests, “America first” was underlined as the highlight of this document.

Second, there are multiple major challenges or threats emphasized in the document. For instance, Russia and China were put in the same category as revisionist powers and challengers of U.S. power and influence. In eight different instances in the document, the two countries were pronounced together. However, in reality they challenge U.S. influence in very different ways. The challenges of the Ukrainian crisis for NATO and the hacking issue for the U.S. election are very different to the problems in the South China Sea for U.S. allies and partners and unfair trade practices to the U.S. economy. It is not clear how correct it is to classify these two countries together in terms of their relations with the U.S. In a similar vein, Iran and North Korea are mentioned as regimes that pose a threat, but it is also clear that the two countries pose very different crisis for their respective regions and for U.S. foreign policy.

Third, there are questions about the consistency of the rhetoric, action and the NSS document. For instance, media reports immediately after the release of the document demonstrate the difference in the discourse on Russia in the document and in the speech of the president presenting it. Although Russia is considered as a serious threat in the document, Trump avoided using the rhetoric and tone of the document during the speech. This is an issue that has constantly been raised by Trump critics for the last year.

Another question is how the U.S. plans to accommodate an “America First” approach in relation to strengthening U.S. alliances. Considering the global geopolitical challenges, the U.S. needs alliances and partners in different parts of the world. What can the “America first” approach provide for U.S. allies? How will allies be persuaded by policies offered by the U.S.? Especially in a period when the U.S. keeps withdrawing from most of its multilateral initiatives, such as the TPP and Paris Climate accords, it may be hard to convince some U.S. allies of the new approach, and of course in a period when most U.S. allies have been alienated for different reasons.

Three kinds of engagement with the United States
Previous

A selfish superpower's empty threats
Next
Loading...
Loading...
We use cookies to ensure that we give you the best experience on our website. If you continue to use this site we will assume that you are happy with it.Ok