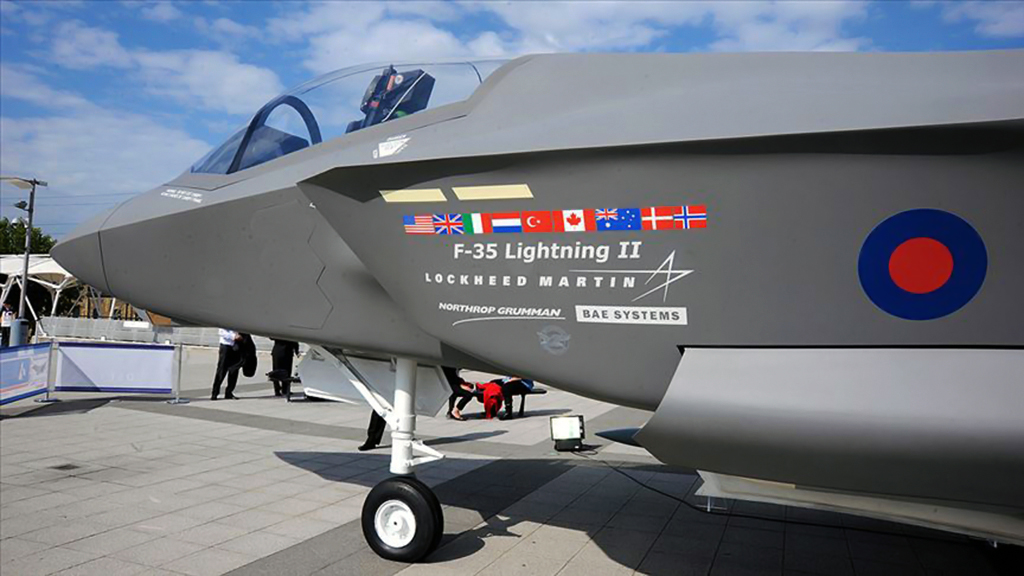 Never-ending tensions in the Ankara-Washington dialogue

With the S-400 missile defense system's delivery around the corner, tensions are escalating between Turkey and the United States. The Turks are committed to buying the Russian system despite Washington's threats. The Pentagon's most recent letter to Defense Minister Hulusi Akar, which included a long list of threats, did not change Ankara's mind either.

With the S-400 missile defense system’s delivery around the corner, tensions are escalating between Turkey and the United States. The Turks are committed to buying the Russian system despite Washington’s threats. The Pentagon’s most recent letter to Defense Minister Hulusi Akar, which included a long list of threats, did not change Ankara’s mind either. Addressing the Justice and Development Party’s (AK Party) parliamentary caucus on Tuesday, President Recep Tayyip Erdoğan took his earlier statements to the next level: “I am not saying that Turkey will buy the S-400 defense system. It already has. We have concluded [the deal]. We signed a reasonably priced contract and secured a promise of joint production. God willing, [the S-400] will be delivered to our country next month.”

Foreign Minister Mevlüt Çavuşoğlu added on Friday that “we have counter-measures to respond to potential U.S. sanctions,” warning that “NATO protects merely 30 percent of Turkey’s airspace.” Pentagon spokesman Lt. Col. Mike Andrews responded with a curious statement, stressing that the U.S. values its relationship with Turkey, its strategic partner, and noting that the relationship was not limited to the F-35 program.

How can we account for this statement, which was not in line with the Pentagon’s incessant threats? Could things get better soon? Did Andrews make a gesture of goodwill before Erdoğan’s upcoming meeting with U.S. President Donald Trump in Japan?

There is an ongoing interagency discussion on Turkey. The U.S. government is debating how it should respond to the Turks, committed to buying the S-400 defense system, and how they can manage the coming trainwreck’s aftermath? In other words, they are trying to find out how Washington’s relations with Turkey can be rescued from the brink of collapse.

Their conclusions remain to be seen, yet there are three options available to U.S. decision-makers. First, Washington will remove Turkey from the F-35 program and slap on heavy economic sanctions. If the U.S. chooses this option, which the Pentagon and the Congress advocate, July 2019 will be remembered as a historic breaking point in bilateral relations.

The second option would involve Turkey’s removal from the F-35 program without further punitive steps. In this case, however, the administration would have to stop the Congress from passing aggressive resolutions about Ankara. The U.S. could thus prevent Turkey from further strengthening its defense cooperation with Russia. It would also leave room for recovery.

The third and final option is to accept Turkey’s offer by forming a joint committee on the S-400 system and maintaining cooperation on the F-35 program and elsewhere. Although Trump agreed to those requests, the Washington establishment seems unlikely to go with it.

The remarks by Erdoğan and Cavuşoğlu left the ball on Washington’s court. Mutual sanctions could further strain Turkey-U.S. relations. For a long time, Ankara has been keeping a lid on tensions with Washington by compartmentalizing the relationship. Washington, however, did not keep any of its promises to the Turks since 2013 and ignored Turkey’s legitimate security concerns. Washington took zero steps to address Turkish grievances regarding the Halkbank case, the Manbij agreement, Fetullah Gülen’s extradition or military support for the People’s Protection Units (YPG) terrorists. A proposed safe zone in northern Syria, too, remains on the table. Just this week, we have seen media reports about Washington delivering armored vehicles to YPG militants.

It would seem that Erdoğan’s upcoming meeting with Trump represents the last way out of this mess.