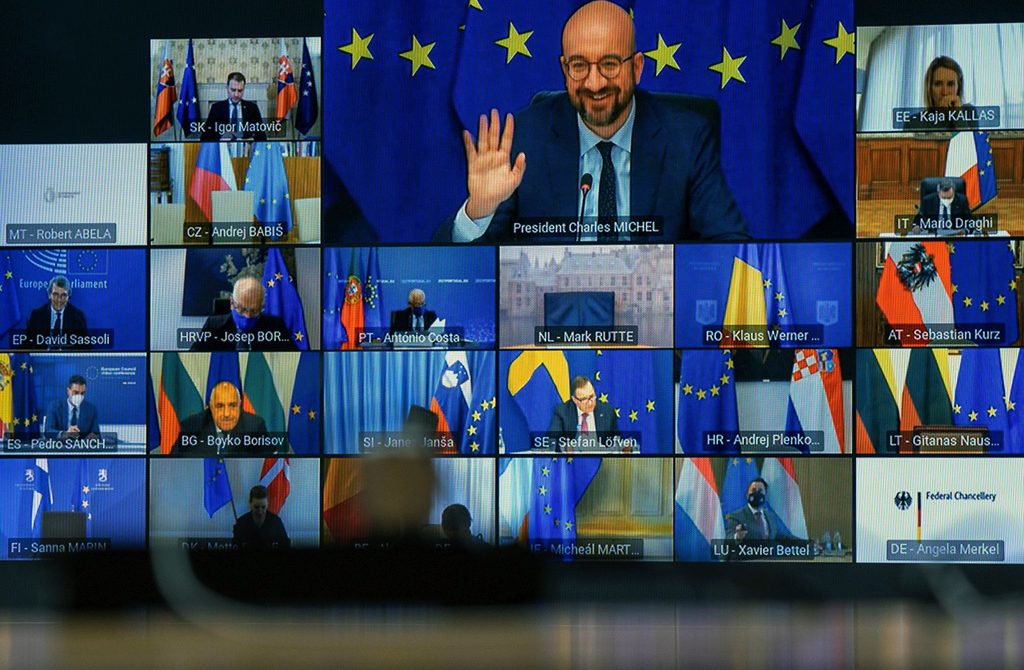 Last week there were two separate meetings that may have a long-lasting impact on the international political system and international relations. In Brussels, after a year of interruption caused by the coronavirus pandemic, foreign ministers from NATO countries gathered to discuss matters important to the alliance.

Last week there were two separate meetings that may have a long-lasting impact on the international political system and international relations. In Brussels, after a year of interruption caused by the coronavirus pandemic, foreign ministers from NATO countries gathered to discuss matters important to the alliance.

The summit was in part a “welcome back” party for the United States. While NATO members were glad that there is a new administration committed to the trans-Atlantic alliance, there were also concerns about whether the U.S. would push its own agenda too much for the alliance.

NATO’s Secretary-General Jens Stoltenberg and U.S. Secretary of State Antony Blinken held a press conference and a panel together before the meeting of the foreign ministers.

In their statements, they seem to agree on the challenges that the alliance needs to deal with over the coming decades, including the COVID-19 pandemic, global warming, the technological revolution, the war on terror, Russia and China.

Blinken arrived in Brussels following his Asia tour and although U.S. President Joe Biden had launched a new quarrel with Russian President Vladimir Putin, it did not seem to distract Blinken from his Asia focus.

Although Blinken made statements in regards to the U.S.’ concern over the Nord Stream 2 pipeline and threatened to adopt sanctions against the companies that were involved in the project, the issues that were covered by Stoltenberg and Blinken were to a very significant degree related to China.

However, it is not clear if the NATO allies can achieve policy coordination and cooperation regarding China. The European Union recently signed an investment agreement with China and would likely be reluctant to take measures that could hurt their economies.

It is also not clear to what extent the allies could coordinate militarily against China. There is space for cooperation among the allies following the cyberattacks on the U.S. but the 5G debate demonstrated that even that could necessitate a significant level of consultation on both sides.

For now, the allies seem to be taking action on the human rights issue in China.

While these debates and questions were being discussed in Brussels, the foreign ministers of China and Russia met in China to discuss recent developments, in particular the U.S.’ new Asia pivot. This meeting could have generated the beginning of a new polarization in the international arena.

However, just like the disagreements in NATO, there may be conflicting interests when it comes to China-Russia relations. It is true that since the onset of the Ukrainian crisis, there has been an increasing degree of cooperation in the technology and defense industries between the two countries.

For instance, for some Russians, China is seen as a significant demographic and economic threat. Russia’s recognition of its junior status in this relation may not change this dynamic. What brings them together this time though could be U.S. foreign policy, but there are still other foreign policy issues on which they diverge.

For now, we have seen not two alliances or two pacts, but two groupings that do not have common strategies but rather common attitudes towards one another. The next few years will be critical to figuring out the future of this polarization of the world.

The AK Party's future vision for a stronger Turkey
Next
Loading...
Loading...
We use cookies to ensure that we give you the best experience on our website. If you continue to use this site we will assume that you are happy with it.Ok