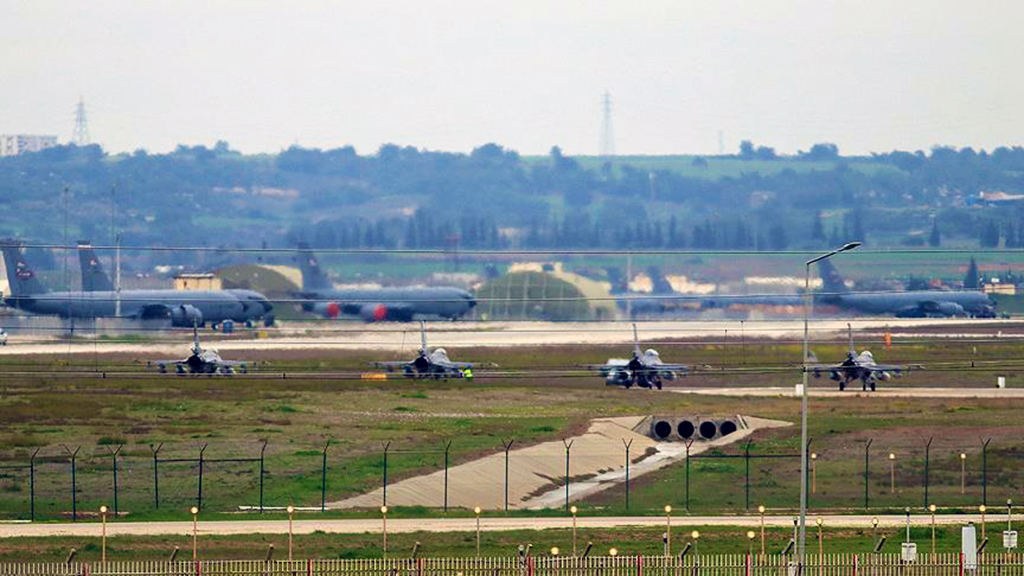 As a NATO ally, the U.S. shouldn't have underestimated Turkey's security concerns and instead, should have understood how serious Ankara is in dealing with YPG terrorists in northern Syria

On Saturday, Turkey launched Operation Olive Branch against People’s Protection Units (YPG) targets in Afrin. In the first step of the military operation, which is being carried out with support by Free Syrian Army (FSA) units, Turkish Air Forces eliminated 103 targets in and around Afrin in the opening 24 hours.

As of Sunday morning ground forces also joined the operation. This is a clear demonstration of how serious Turkey is taking the increasing ambition and activity of the YPG alongside its border.

Since the U.S. military began its assistance to the YPG, Turkey has constantly raised the issue that the group poses a serious national security threat, and it poses risks to the regional stability and security. So far, this threat perception of Turkey has been underestimated by U.S. administrations.

Those who run the Syria policy in the U.S. administration have considered the concerns, protests and objections of Turkish foreign policy makers as something that can be handled. They frequently mentioned that Turkey must be patient about the partnership between the U.S. and the YPG.

In the meantime, other members of the administration were providing assurances for Turkey about the temporary nature of this partnership. They were reassuring Turkey that its concerns have been recognized and understood.

However, the policies after these assurances did not change at all. For instance, former U.S. Vice President Joe Biden, during a press conference in Turkey, stated that the YPG needs to move west of the Euphrates River or the U.S. would cease its support to them.

Since then, Manbij is still in the hands of the YPG. More recently, it was reported that, during a conversation with President Recep Tayyip Erdoğan, U.S. President Donald Trump said that the U.S. would stop arming the YPG. However, since that conversation there has been no improvement in the situation.

More dramatically, recently CENTCOM made a scandalous statement about generating a new border security force with members from the same group that Turkey has been expressing its discontent with. The fact that immediately after the beginning of Operation Olive Branch, both the Pentagon and U.S. State Department made statements asking the parties to focus on the fight against Daesh demonstrated how the U.S. administration still did not understand the threat of the YPG to Turkey’s national security.

It is not clear why these promises and assurances that were expressed at the highest level of U.S. policymaking did not make any change. It is also not clear why U.S. officials have become so insensitive to Turkey’s security concerns. It is rather complicated what these officials understand from the concept of an “alliance” under the framework of NATO.

After so much disregard for Turkey’s concerns, the Turkish public is now considering this reckless and unelaborate attitude of U.S. foreign policy more than a consequence of an interagency dispute or the running of the U.S. strategy by some officials who had serious shortsightedness in relation to a NATO ally.

The autonomy that the YPG has received east of the Euphrates River and increasing cooperation between the U.S. and the YPG cannot be excused as a “necessity” in fighting against Daesh anymore.

The fact that Turkey has been taking this threat very seriously became very obvious with the Afrin operation. This operation intends to clean the border of Turkey of terrorist groups. After Operation Euphrates Shield, which cleaned a large segment of Turkey’s border region of Daesh threats, achieved reconstruction in this region and provided safe return of refugees to the region, Operation Olive Branch aims to achieve the same goals.

It aims to provide border security for Turkey and sustain the return of the local population to their villages and towns in this region. It is clear from the statements by security officials that there is no timeline for the end of the operation. As long as the YPG presence continues, Turkey will continue to take measures to prevent the growth and empowerment of the terrorist organization.

In fact, according to Turkish officials, the operation may continue towards other regions controlled by the YPG forces that include the Manbij region. Those who underestimated Turkey’s concerns need to understand that Turkey is very serious about coping with this issue and rhetorical support to Turkey’s concerns will not be enough to stop its actions against the YPG anymore. It is time to show support to a NATO ally that has been the victim of terrorist attacks for decades and to prevent future attacks.

Note: Our panel will be held in English and Turkish, simultaneous translation will be provided.

A partnership at risk: Future of US-Egyptian relations
Previous