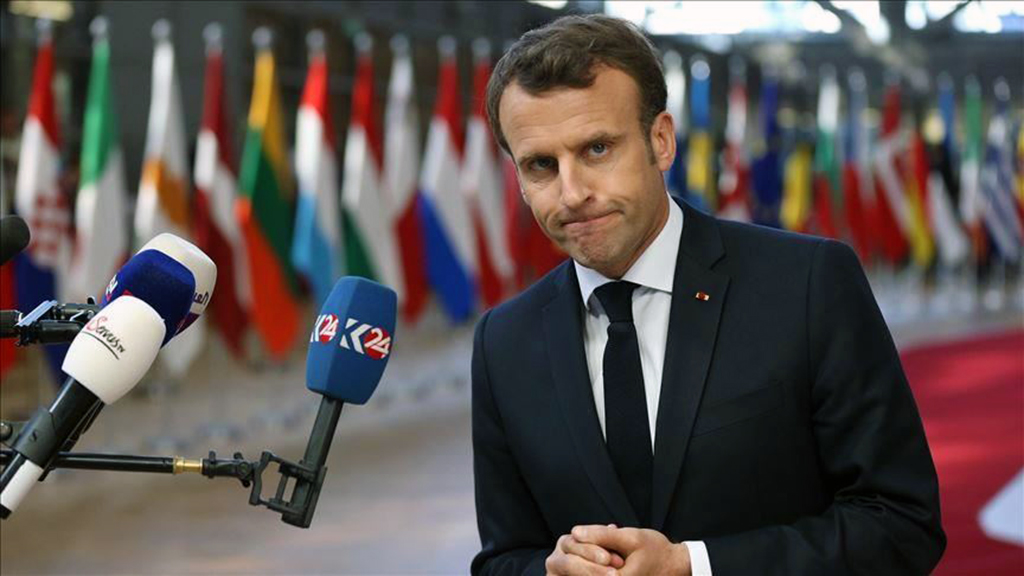 French President Emmanuel Macron once said the 'NATO is brain dead.' Considering all the confusion the alliance is facing at critical moments, this statement has some basis. Lack of trust among the member countries and lack of cooperation and coordination have become some pervasive features of the strongest military alliance in modern history.

French President Emmanuel Macron once said the “NATO is brain dead.” Considering all the confusion the alliance is facing at critical moments, this statement has some basis. Lack of trust among the member countries and lack of cooperation and coordination have become some pervasive features of the strongest military alliance in modern history.

It is, however, an overstatement to consider “NATO as brain dead.” The alliance is paralyzed due to many conflicts of interests and lack of shared threat perceptions among member states. There is also a lack of shared strategic vision among the critical stakeholders, despite the tireless efforts of Secretary-General Jens Stoltenberg to rally those actors around a shared agenda. American President Donald Trump’s indifference to the transatlantic alliance also exacerbates NATO’s weaknesses.

One of the main reasons behind NATO’s paralysis is the uncoordinated efforts of the member states to mobilize the alliance for their specific strategic interests and their selfish goals. A similar assessment can also be made for the European Union. The ongoing civil war in Libya is an important showcase for all the mentioned deficiencies. Though Libya is a significant issue for both NATO and the EU, members of both organizations cannot formulate consistent policies and a shared vision and understanding of the problem. Libya is crucial for Europe’s security as it has a significant place in preventing the flow of illegal migrants from Sub-Saharan Africa. In terms of energy security and economic interests of the Mediterranean countries, Libya is a significant doorway.

Berlin and Brussel’s wait-and-see policy in Libya turned into disappointment that only emboldened putschist Khalifa Haftar and the coalition that sponsors him. Haftar does not feel that he is alone in his illegal incursion in Libya. All the external actors that sponsor the “Haftar project” learned how to lobby in Brussels and promote their agenda. Those actors also generate confusion among the EU and NATO members and relevant stakeholders to formulate consistent policy options.

Abu Dhabi, Moscow and Cairo learned how to silence the EU and NATO in critical foreign policy and security issues. They designate some actors among the members of NATO and EU as favored partners. Their preferences are most likely among the smaller states and they find different and creative approaches to bribe those actors. After developing a particular interest relationship, they manipulate those actors, including some top leaders, for their strategic goals. Lack of shared understanding and shared agenda in Brussels facilitates the fragmentations and confusion among the NATO and EU member countries. The number of European parliamentarians who have sympathetic views toward Moscow and rich gulf emirs is probably higher than those who feel sympathy toward Europe’s top political leaders.

The EU, once the leader of “normative power” and “champion of human rights and democratic values” became the tool for actors who try to extend their illegal geopolitical ambitions and ventures around Europe. Principled position, long-term strategic vision and joint interest became nostalgic concepts for Europe’s politicians and lawmakers. Exploiting the EU power and threatening Brussels to block policies to gain specific advantages is the name of the game in Europe. France, Greece and the Greek Cypriots are the principal beneficiaries of such policy. Some European bureaucrats and politicians also benefit from special relations with some external actors that try to exploit Europe’s influence. Rich Gulf emirs and lobbyists of special interest groups and even some terror-related groups are quite popular in Brussels. This dirty picture is a big disappointment for those who still try to believe in European values.

Europe’s relations with Turkey are another mess that needs to be normalized with a consistent policy line. There is a need for confidence-building steps after Ankara’s disappointments and a sense of betrayal due to unmet promises of the European leaders in the last couple of years. Bureaucrats and politicians in Turkey believe that the EU can easily stray from promises or put additional conditions to done deals whenever they want to put pressure on Turkey. Gatekeepers that have specific problems and conflicts of interest with Turkey try to manipulate European institutions for their particular ambitions. There is no credible mechanism to change this situation for the broader interest of the EU.

Turkey, which has one of the best public health systems in the world and has a consistent policy to deal with the COVID-19 pandemic, is listed among the countries for which the EU has issued travel restrictions. This political decision generates deep mistrust and antipathy, even among the most pro-EU groups in Turkey. This irrational and unjustified hostility and a culture of hatred toward Turkey do not create any sentiment and urgency to cooperate with Europe in sensitive strategic issues. Rather than trying to find common ground with Turkey to work on joint interests and values around the topics of energy security, migration, Eastern Mediterranean energy policies and collective security, some member states instrumentalize European institutions to threaten their NATO ally Turkey. This travesty jeopardizes Europe’s long-term interests and pleases the rivals of the EU and NATO.

Despite all the inconsistencies of the European actors and institutions, German Chancellor Angela Merkel has a more credible and respected position among Turkish decisionmakers and the Turkish public. Germany’s political position and policy preferences in sensitive issues are therefore taken more seriously by Turkish stakeholders. In the Libyan crisis, Germany was expected to take more active diplomatic roles to end the civil war through diplomatic means, but Berlin’s timid position generated some confusion in Ankara. German attitude and tolerance for the illegal activities of the Haftar forces, under the banner of neutrality, generated skepticism in Libya’s internationally recognized Government of National Accord (GNA) as well.

The Berlin Process was an essential and comprehensive diplomatic initiative for Libya. However, the entire process turned into a theater to legitimize Haftar and embolden his international allies and sponsors. Tolerating the warlord, who violates the globally recognized Libya Political Agreement (LPA) and commits war crimes, is not considered as productive neutrality but a policy of appeasement by the GNA and Ankara.

The Libyan case is an excellent opportunity for Germany to play a more constructive role in the strategic interests of Germany, the EU and NATO. If Berlin wants to regain its credibility in the diplomatic process, it needs to get rid of the French yoke at both the EU and NATO.

Trying to satisfy both Paris and Athens’ ambitions and playing a fair and effective diplomatic role that may bring stability to Libya is a mission impossible for Germany. Such a policy will only discredit Berlin in the eyes of the legitimate political actors in Libya and elsewhere. It may look challenging to come up with a joint agenda for the EU and NATO in the Libyan conflict.

Assessing the situation beyond the specific interests and ambitions of France and Greece will, however, provide some opportunities and avenues of cooperation. The German presidency in the Council of EU may be an important opportunity to restore the credibility of EU institutions. For NATO, bolder steps need to be taken. The alliance has lacked a success story for a long time and this only helps the internal and external actors that try to exploit the alliance.

July 15 and Turkey-US relations
Next
Loading...
Loading...
We use cookies to ensure that we give you the best experience on our website. If you continue to use this site we will assume that you are happy with it.Ok