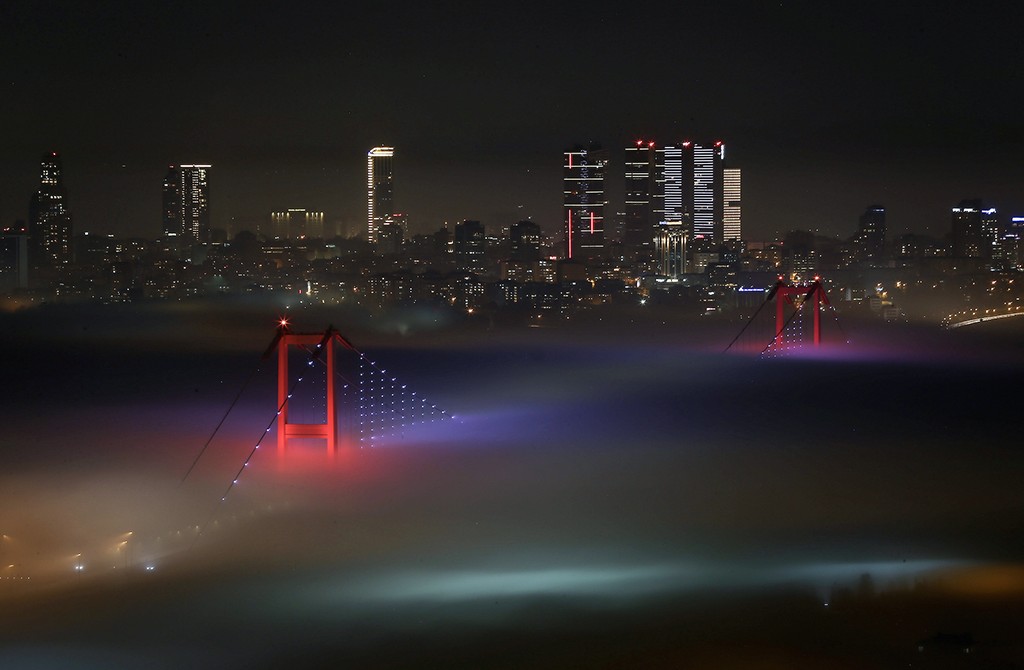 As expected, the municipal election campaign in Turkey has ended up bogged down in national issues.

As expected, the municipal election campaign in Turkey has ended up bogged down in national issues. The opposition initially hoped to wear down the ruling Justice and Development Party (AK Party) by bringing up the economic hardship issue. Yet the Republican People’s Party (CHP) Chairman Kemal Kılıçdaroğlu’s decision to join forces with the Peoples’ Democratic Party (HDP) in addition to the Good Party (İP) and the Felicity Party (SP) set the tone for the campaign. In other words, he shot himself in the foot and undermined his own strategy. With election day around the corner, the public debate on national survival, “true” nationalism, and “Kurdistan” deepens. An ideologically charged war of words not only makes its mark on local races but also marginalizes all players whose platforms are not built around Turkey’s survival and the national interest. In an attempt to rehabilitate the HDP’s image, Kılıçdaroğlu volunteered to engage the question of national survival. In a televised interview, he argued that the terrorist organization PKK’s Syrian affiliate, the People’s Protection Units (YPG), would never attack Turkey.

Kılıçdaroğlu’s partner, Meral Akşener, proceeded to falsely claim that Turkish President Recep Tayyip Erdoğan had branded ordinary people as terrorists. Shortly afterward, a CHP candidate in Western Turkey said that any vote cast in favor of “Kurdistan” was a vote cast in favor of his own party. Another CHP politician, caught on an open mic, was heard insulting an imam as he recited the call to prayer. Finally, some participants in a March 8 rally in Taksim protested the call to prayer – just as a CHP parliamentarian urged PKK supporters to support the party. That trend shows just how hard it is to engineer an election campaign. True inclinations and emotions tend to reveal themselves at critical moments. This ideologically charged debate links today’s CHP with what it once was – in a negative sense – in the minds of voters.

In the eyes of right-wing voters, the CHP’s track record from the single-party era raises questions about its credibility. The movement has long faced criticism for banning Qur’an training, Turkifying the call to prayer and forcing out religion from the public sphere. Still, many voters maintained that the CHP’s commitment to Kemalist nationalism made it a supporter of the Turkish people’s unity. That view changed in this election cycle, as the party partnered up with HDP, a representative of Kurdish nationalist separatism and an advocate of the idea of “Kurdistan.” Kılıçdaroğlu’s choice, albeit motivated by his eagerness to win over new voters, put his party in a tough spot.

This month’s municipal election will be remembered as a critical junction in Turkey’s history when the popular perception of the state and the nation were opened to discussion. Criticizing the HDP’s emphasis on “Kurdistan” and Kılıçdaroğlu’s claim about the YPG militants, President Erdoğan made an important statement in Diyarbakır: “Whenever one of our Kurdish or Arab or other brothers find themselves in trouble in Iraq or Syria, they first seek refuge in Turkey. Today, 200,000 of our Kurdish brothers and sisters from the Kobani remain in Turkey. This is the sole refuge of the oppressed and the aggrieved. Why? Because Turkey is the only real state in this region.”

The view that Turkey is the refuge of oppressed masses and a real state appeal to the Turkish nation’s sense of unity. It guarantees the ability of various ethnic groups to live under the same roof. It is a reminder that Turkey – unlike Iran and Saudi Arabia – plays a stabilizing role in the Middle East. Turkey’s view of the region is not exclusively shaped by national security concerns. The country also takes responsibility for the protection of all regional peoples. The Kurdish people, too, can only protect their rights if Turkey is strong. The question of national survival, therefore, is a question of protecting the well-being of the Turkish people and all people in the region.

Turkey, EU should cooperate more, not less
Next
Loading...
Loading...
We use cookies to ensure that we give you the best experience on our website. If you continue to use this site we will assume that you are happy with it.Ok