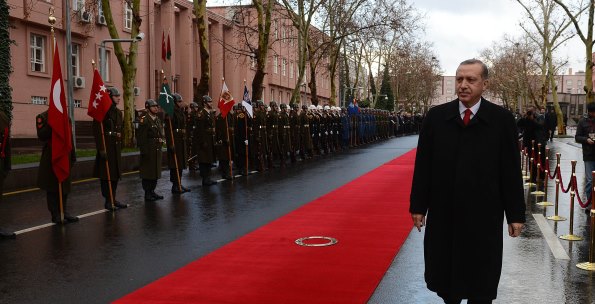 Muslim Democracy in Turkey: A Threat or An Opportunity?

In fact, the evidence suggests the contrary and that it is the Muslim democrats in the current government who initiated direct talks with the Kurds, the Alevis and the Roma people in Turkey for the first time in the Republic's history.

A number of actors, film makers and writers, including Sean Penn, Rachel Johnson and David Lynch, have sent a letter to Turkey’s Prime Minister Recep Tayyip Erdogan. Published in London’s Times newspaper it accused Erdogan of being an authoritarian undermining democracy in Turkey, a Muslim-majority country with a secular state system. The arguments in the letter do not reflect the deeply-rooted changes of the past decade wherein standards of democracy have been improved and the public sphere has been opened to all political and religious groups hitherto regarded as threats to national security. Moreover, the might of the military over civilian politics has been largely weakened and a constitutional referendum was held to change several articles to make the country more democratic.

Political protests over the development plans in the Gezi Park and the Taksim Square were justified only in terms of rhetoric and perceptions rather than what has happened in Turkey over the ten years of rule by the Justice and Development Party (AKP). It is true that the Turkish government and the AKP should draw lessons from such social and political protests and handle them in a better way, and the government has already signalled that the excessive use of state power to quell the demonstrations is under investigation.

Major developments have taken place to democratise Turkey in recent years under a conservative government whose leading members’ religious identity was met with scepticism and suspicion at the beginning of their term of office. In contrast to claims that Muslim democrats who gained power in 2002 have a hidden agenda to Islamise the country gradually, Turkey’s new direction is set towards full membership of the European Union and the institutionalisation of its values, even though there is resistance from Germany and France to Turkey’s membership on predominantly cultural grounds. Turko-sceptics in Europe propose a “privileged partnership/membership” instead of full accession.

In contrast to critics’ expectations of a conservative government, on May 19, 2007, the Akdamar Church (Armenian Cathedral of the Holy Cross), a 1,100 year-old place of worship on Akdamar Island in Eastern Anatolia was opened as a museum after being renovated by the Turkish government. The BBC reported that senior officials attended the opening ceremony following its restoration at a cost of $1.5m, which took 18 months in order to save the empty and neglected building with its intricate wall carvings depicting Biblical scenes(1). Calls were made by several figures including Patriarch Mesrob II, spiritual leader of the Armenian Orthodox community in Turkey, for the government to open up the restored church for worship at least once a year. The government responded to this call positively and the building hosted worship on September 19, 2010, attended by hundreds of Orthodox Armenians, some of whom travelled from Armenia itself for the service.

On August 14, 2010, the first liturgy after 88 years was celebrated in the ancient Sumela Monastery (the so-called Monte Cassino of the East), 50 km from the city of Trabzon in the North-east of Turkey on the Black Sea. The monastery was founded in 386 and went through many ups and downs across the centuries. When it fell at the hands of Muslim Turks following the conquest of Istanbul, it remained untouched and continued its educational and spiritual activities uninterrupted. Probably the last religious ceremony was held in 1923 before a large-scale population exchange took place between Turkey and Greece, involving Orthodox Greeks in Turkey and Muslims in Greece. The monastery was then restored and turned into a museum. On September 14, 2010, thousands of Orthodox Greeks from around the world gathered there to pray.

The Media in Turkey
Previous

The 21st Century Pain and the Middle East
Next
Loading...
Loading...
We use cookies to ensure that we give you the best experience on our website. If you continue to use this site we will assume that you are happy with it.Ok